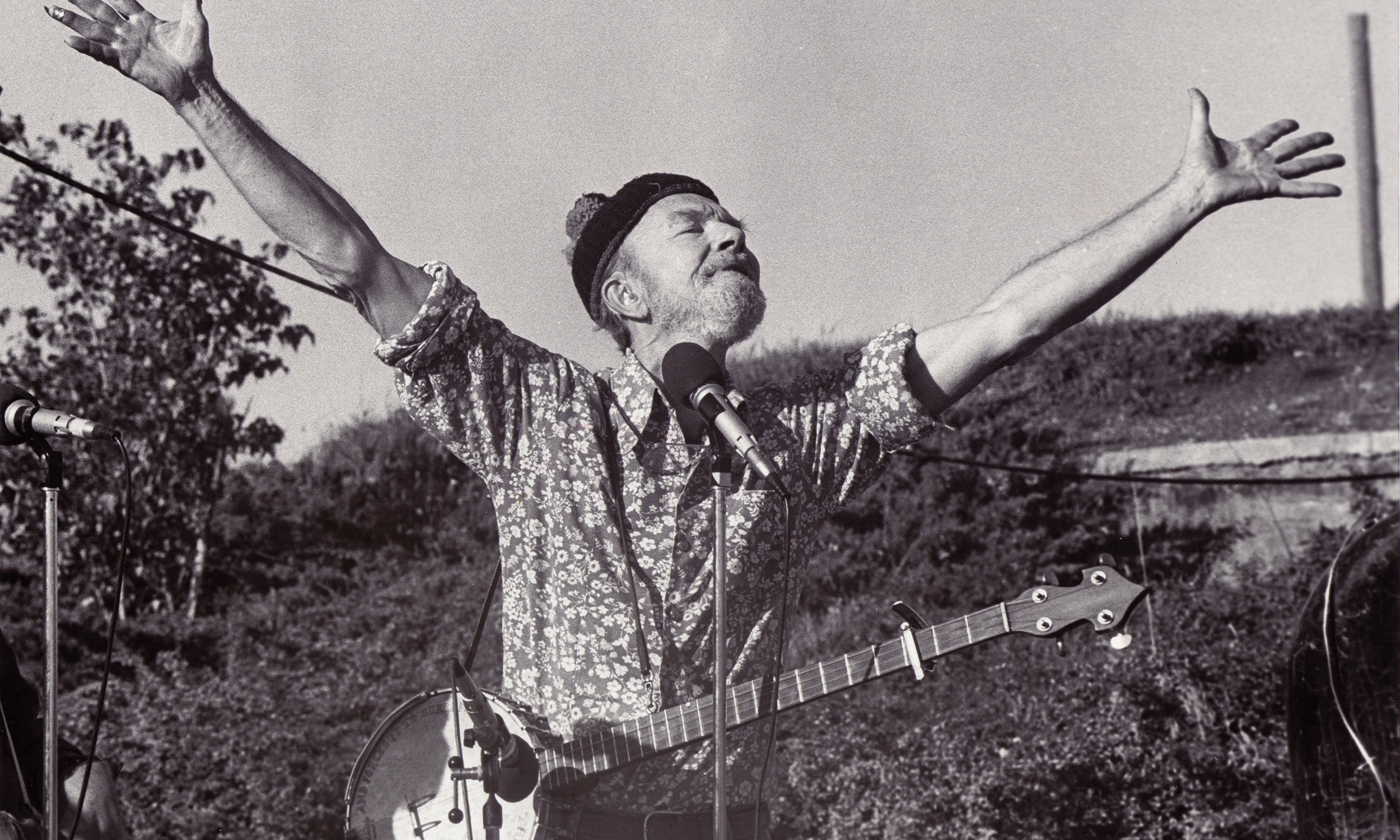 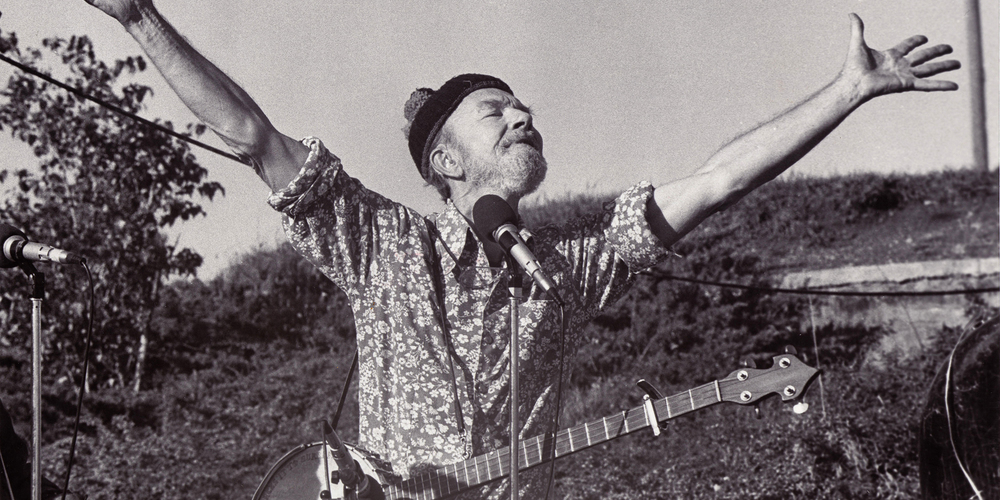 For nearly 70 years as a performer, Pete Seeger has embodied the ideals of folk music – communication, entertainment, social comment, historical continuity, inclusiveness. The songs he has written, and those he has discovered and shared, have helped preserve our cultural heritage, imprinting adults and children with the sounds, traditions and values of our global past and present. A fearless warrior for social justice and the environment, Pete’s political activism – from the Civil Rights movement and anti-McCarthyism to resistance to fascism and the wars in Vietnam and the Middle East – has become the template for subsequent generations of musicians and ordinary citizens with something to say about the world.

While his frequently unpopular stances have perhaps cost him a greater and more superficial popularity through media and performance blacklisting for during the ’50s and ’60s, 88-year-old Pete’s fearless contributions have nonetheless earned him a Grammy Lifetime Achievement Award, a Harvard Arts Medal, the Kennedy Center Award, the Presidential Medal of the Arts, and even membership in theRock & Roll Hall of Fame. There’s currently a grassroots movement collecting signatures to nominate Pete for the 2008 Nobel Peace Prize.

Bruce Springsteen’s 2006 We Shall Overcome: The Seeger Sessions CD, subsequent tours and live album (all originally sparked by a 1998 request from Appleseed founder Jim Musselman for a Bruce rendition of a Seeger-related song for the first of the label’s three multi-artist Seeger tributes) have introduced new generations to Pete’s musical and moral legacy.