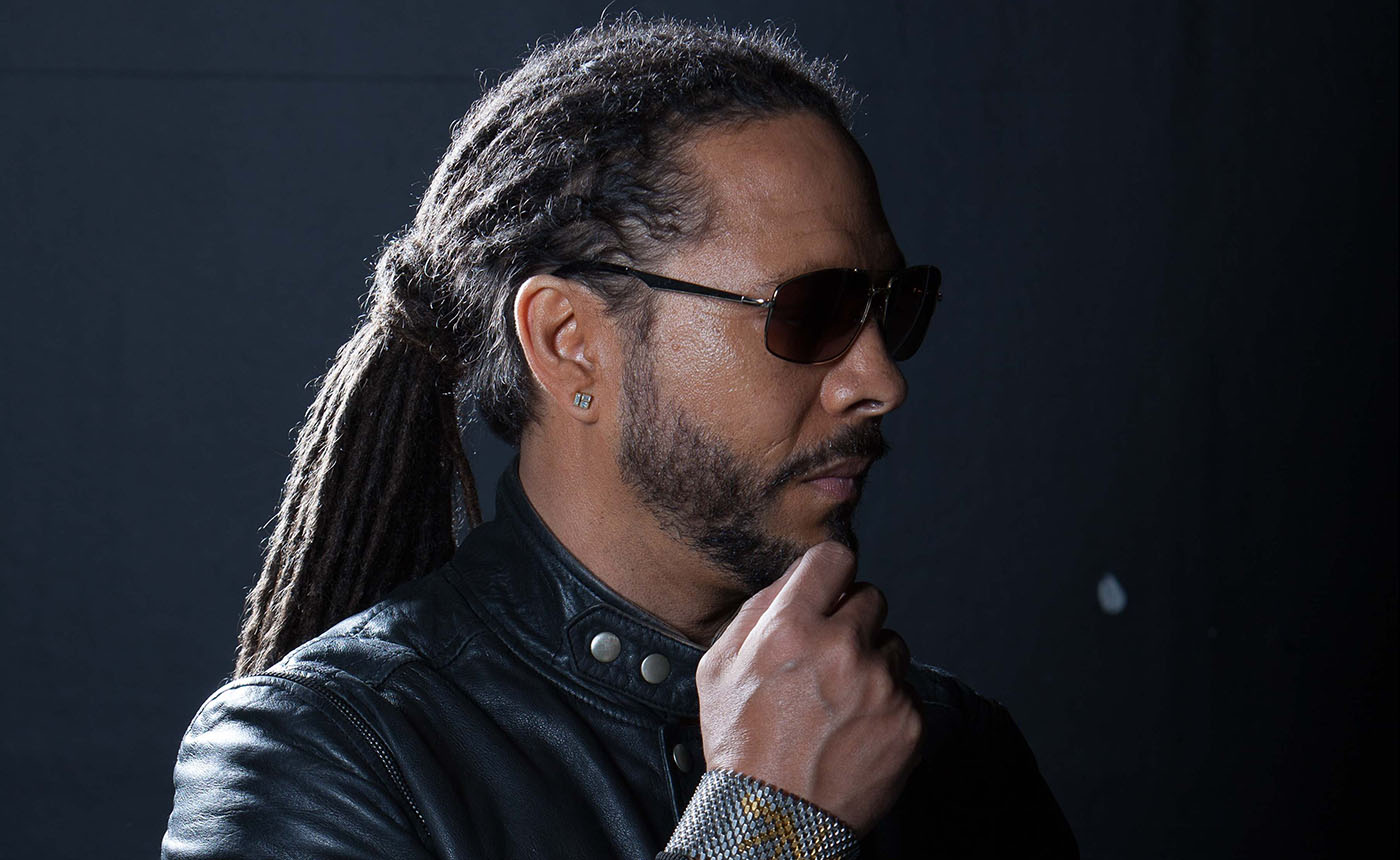 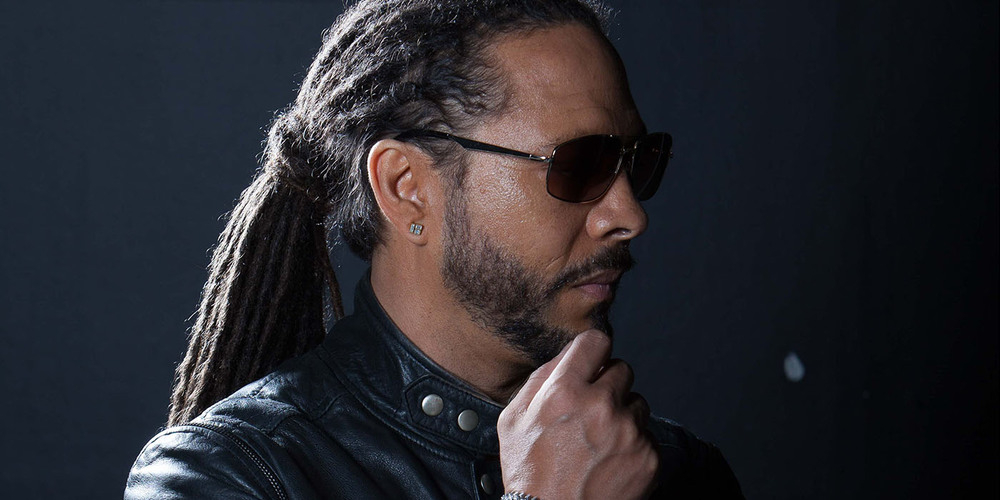 Roni Size’s whole life has been about building something new from whatever was around him. From Bristol youthclub parties, through the white heat of rave and the foundational moments of jungle and drum’n’bass, to transforming underground electronic music into something that could be played by a live band on the biggest arena and festival stages, he has at each stage created completely afresh not just a sound or style but an entire methodology of how music can be made. And each time, that new creation has reflected his heritage, his surroundings and the precise moment in which he’s operating. It’s maybe easy to forget given his relative absence from the limelight in the past decade or so, but Roni is one of the people who distilled the very essence of British music, and is responsible for the way our nation sounds to this day.

As far back as he can remember, the boy originally known as Ryan Williams was absorbing diverse sounds, by virtue of being the youngest kid in a busy and very musical household. His parents were both Jamaican by birth and, as he says, “came with some of their culture – food culture, festival, carnival culture,” and one of his brothers continued this by joining Bristol’s burgeoning reggae soundsytem culture. His other brother became a respected DJ too, but in hip hop, soul, R&B and funk (“not only that, but he was a dancer, active in ice skating and roller skating, anything that had movement and a soulful flow to it”), while his sister not only sung with passion and talent in the local church but introduced him to the very English sounds of her Beatles and Kinks records.

And the music wasn’t just at home. His family lived on Bristol’s Shaftesbury Avenue which marked out one edge of the legendary/notorious St Pauls district. In the 1970 and early 80s St Pauls was pulsing with the reggae played at Jamaican style blues dances in people’s houses. “It was 95% black, a few Indians and some white people who embraced the culture. It was an exciting time to be alive; later on class A drugs would come in and bring real destruction but before that it was 24/7, parties every weekend, everywhere a blues, it was lawless and the police didn’t care – as long as they’re all in one place, we know where they are, leave it.” Even as a schoolchild, Roni joined in, setting up a little sound with his cousin Dennis, meaning “even our youthclub discos were cool.”

School, which back then was viciously disciplinary and rigid in its definition of what constituted achievement, gave him zero encouragement in his passion for music (“music to them was learn so-and-so set of notes on a violin or nothing”) and before he was 16 he’d been expelled. Thankfully, though, that same youthclub where he and his friends threw parties, together with his social worker, gave him support in building the beginnings of a studio, which eventually became the Basement Project: a Bristol institution for many years thereafter, which Reprazent would go on to donate their Mercury Prize money to. Before he knew it, still in his teens and without consideration of any career path, Roni had become a youth worker and music teacher in his own right.

Acid house and rave was sweeping the nation by this point, but to begin with he was oblivious – swept up in Bristol’s very own dance culture: making dubplates for reggae sounds, including visiting luminaries like Sugar Minott and Daddy Freddy, but also cutting, scratching and sampling hip hop, funk and soul inspired by local crews 2Bad, City Rockers, Plus One, UD4, FBI and the kings of them all, The Wild Bunch who he had followed religiously from the age of 13. But bit by bit, as the Basement Project studio began to tour other youthclubs, they’d see “all these kids coming back after the weekend a little bit wide-eyed, a little bit crazy-haired, a little bit excitable – and bringing these tapes, asking how they could make music like this.” And bit by bit, he was drawn into rave.

Chance meetings around this time – with DJ Krust (who’d already had a breakbeat-based chart hit as part of Fresh 4), with DJ Die, and with the Circus Warp free party soundsystem – gave Roni inroads into the rave world, and quickly he and his friends began to make their own take on the sounds they heard. “This was the hardcore years still, but we quickly realised,” he smiles, “that the bits we liked in the rave were when it dropped to just a breakbeat and the sub bass, even if that was just for a bar or two – and we decided that we wanted to extend that.” And as simply as that, the understanding of sampling and programming that he had built up as he built up his studio had a brand new purpose, and his part in a musical revolution was assured.

By 1992, rave was splintering in many directions and plenty of people were accelerating it, emphasising the bass, and creating what was starting to become known as jungle. Only a very few, though, were doing it with the finesse and sense of rolling groove that Roni and his friends did. He acknowledges Goldie, 4 Hero and the early acts on Moving Shadow as pioneers of the sound, and admits being “absolutely infatuated” with LTJ Bukem’s ‘Music’; but really, even these pioneers weren’t doing quite what the Bristolians did. “We didn’t use hardly any of the rave and techno influences,” he remembers, “but because we were DJs already, we dug deep into our record collections for jazz, funk and soul things to sample, anything that would give it that vibe that we loved.”

Any true junglist knows how it went from there. In 1993 Roni would release first via the Circus Warp affiliated WTP label, then he would sign with the legendary V Recordings, and a year later he and his crew would found the Full Cycle imprint, just as jungle / drum’n’bass was exploding into the national consciousness. It didn’t take long for the mainstream industry to come knocking, but especially given DJs Krust and Suv’s bad experiences with labels as part of Fresh 4, the Bristol crew went in with their eyes wide open, determined to maintain their independence. “When we got signed to Talkin’ Loud,” says Roni, “we maintained our own labels, so knew that if it went wrong, we could go back to our own labels any time; because we went in with that mindset, chest out, balls swinging, we got a great deal.”

Reprazent, the band that emerged from the collective, achieved the almost impossible. Given time to mature and experiment by Talkin’ Loud, they were able to maintain the respect of the fiercely insular and protective drum’n’bass community, yet create something that could reach out to huge audiences internationally. The logistical challenge of turning it into a live show – “rising to the challenge of filling some of the gigantic stages that we were already playing on as DJs” – appealed to Roni’s problem-solving instincts, and before long not only were Reprazent one of the best bands on the circuit but Roni and Die had created a second live band in Breakbeat Era.

The Mercury Prize win for the ‘New Forms’ album in 1997 was the final piece in the puzzle, making even the rest of the industry – where reactions had up until this point been bemused – sit up and pay attention. For several years thereafter, Roni and team were on top of the world, comfortably able to keep feet in mainstream and underground, succeeding as solo artists as well as a collective, “keeping everything neat and tidy on an underground level” yet getting Brit awards and even working with some of the biggest names in hip hop.

That last step may have partially been their downfall though – when their 2001 album ‘In the Mode’ came out, featuring Method Man and Zack De La Rocha of Rage Against The Machine, British drum’n’bass heads bristled that “their” music could be diluted with American voices. “We were only going to have one opportunity in our lives to do that,” says Roni, “so we had to do it.” And the pressure of touring relentlessly in the States took its toll too – “each six weeks on the road was time you couldn’t be making music, and in drum’n’bass that’s a long time!” Inevitably Roni and friends felt themselves becoming detached from the very scene that they’d helped create, and before tensions inside and outside the band could turn into something worse, they decided to “knock it on the head” and return to the grassroots and their own family lives.

Roni’s career since then has been steady and impressive. Maintaining his position as one of the most important DJs in any dance genre, he’s continued to fight the good fight and represent where he comes from, doing “three gigs a week, every week of the year, all over the world.” But a sense of unfinished business remains. So, with the same sense of surveying his situation and using what’s around him to build something new, he is once again starting completely afresh, re-engaging not just his musical skills but his instincts as a natural strategist. “Life’s moved on,” he says, “my kids are going through university, music’s moved on, there are people out there who don’t know who I am, and I can’t rest on reputation. So I’ve had to re-evaluate, up sticks and start again. That’s where we are now.” Working relentlessly in the studio on his own tracks “for the heads” and on Reprazent material which is, as the forthcoming album title says, ‘For the Masses’, Roni is as hungry as ever, ready not just to rebuild his and his friends’ own profile, but to redefine what drum’n’bass means, just as he has done throughout his life. Maybe not unfinished business then: maybe it’s just business as usual for a true British pioneer. 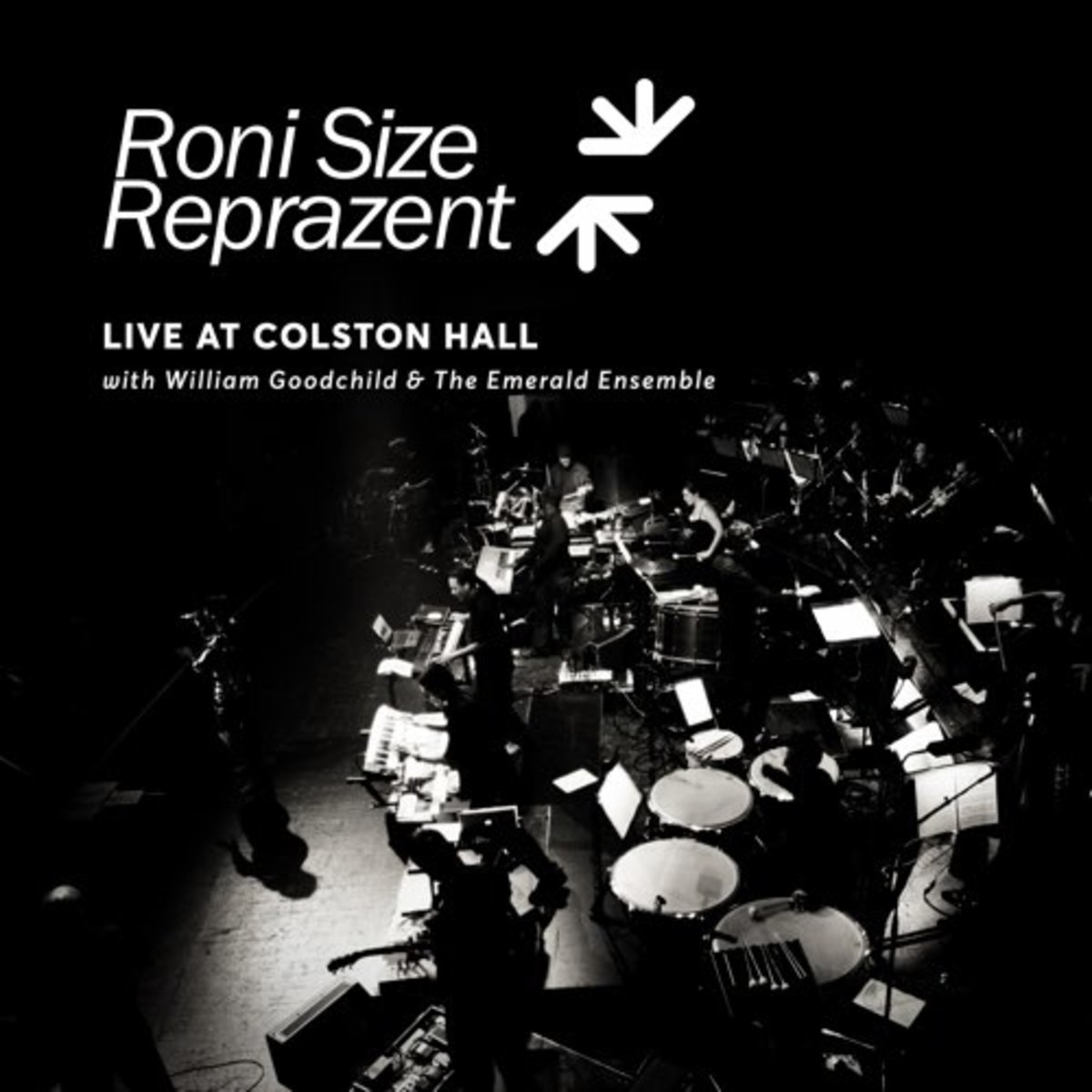 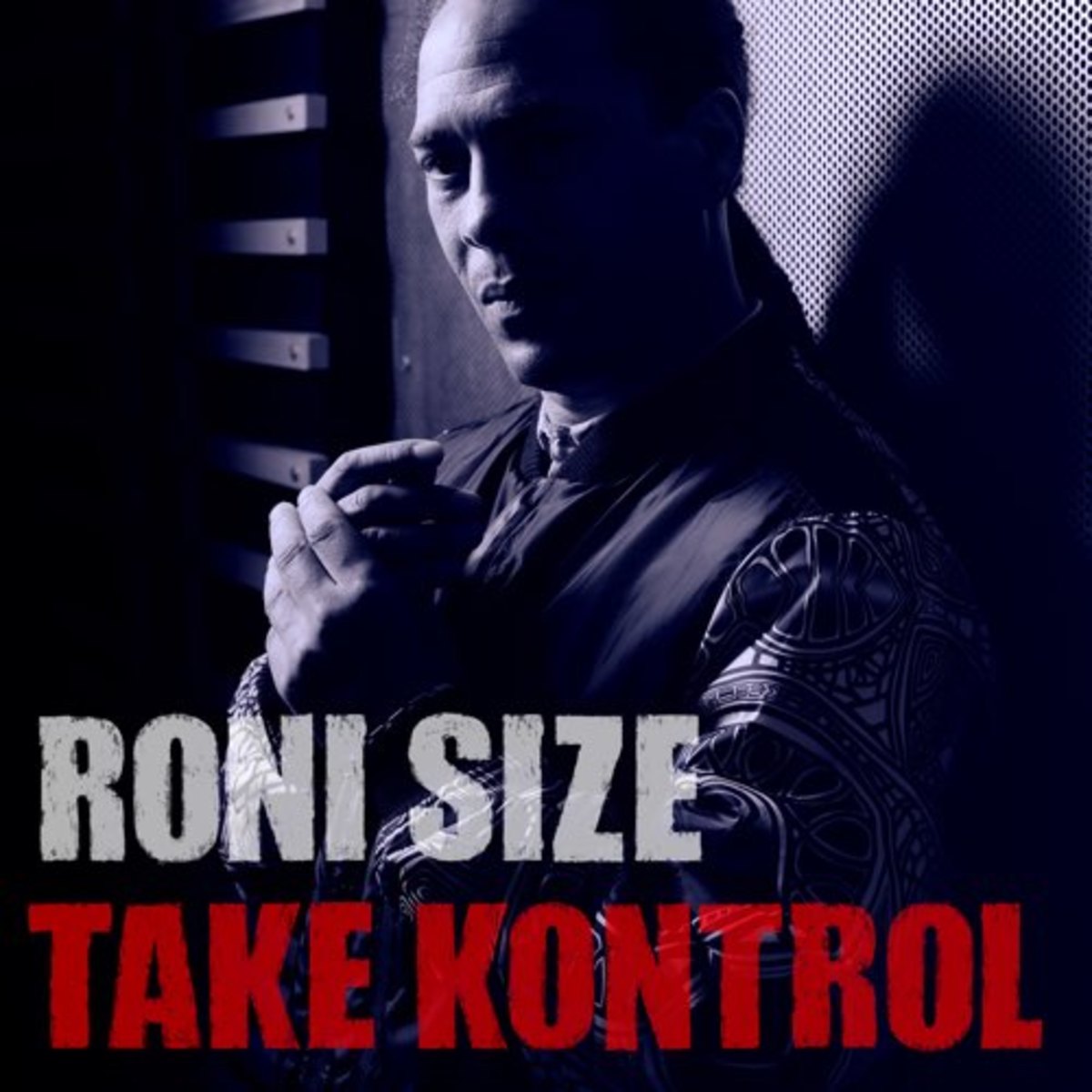 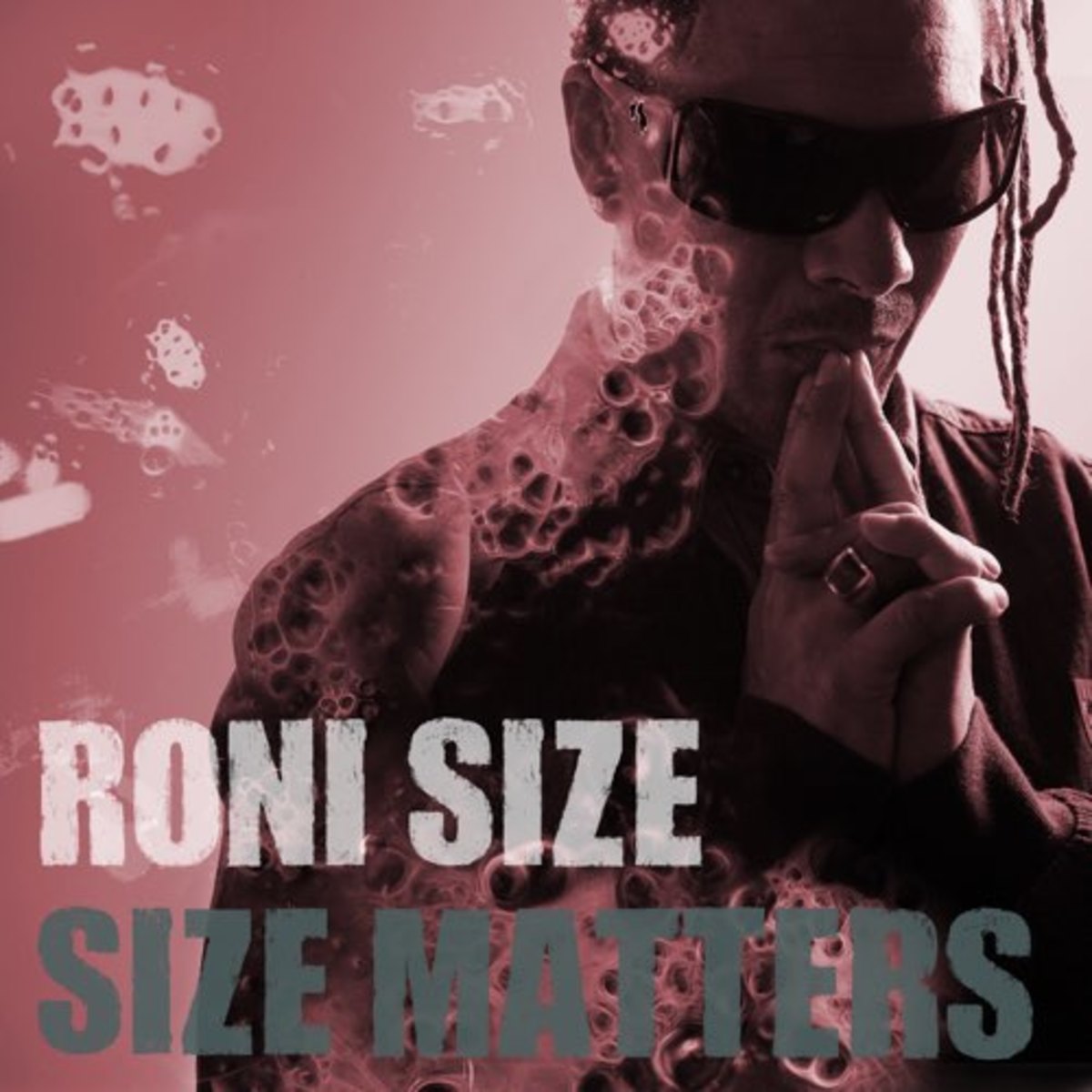 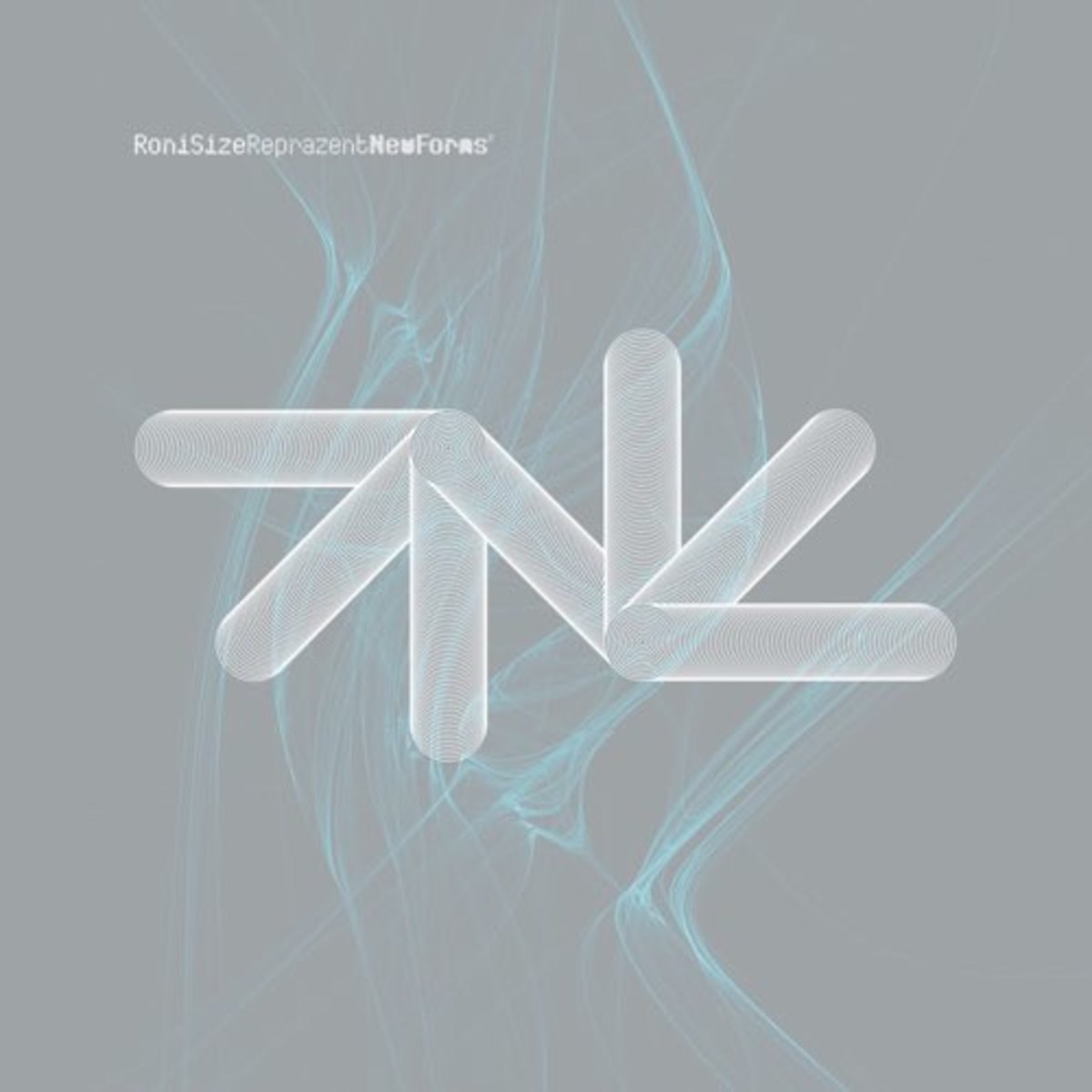 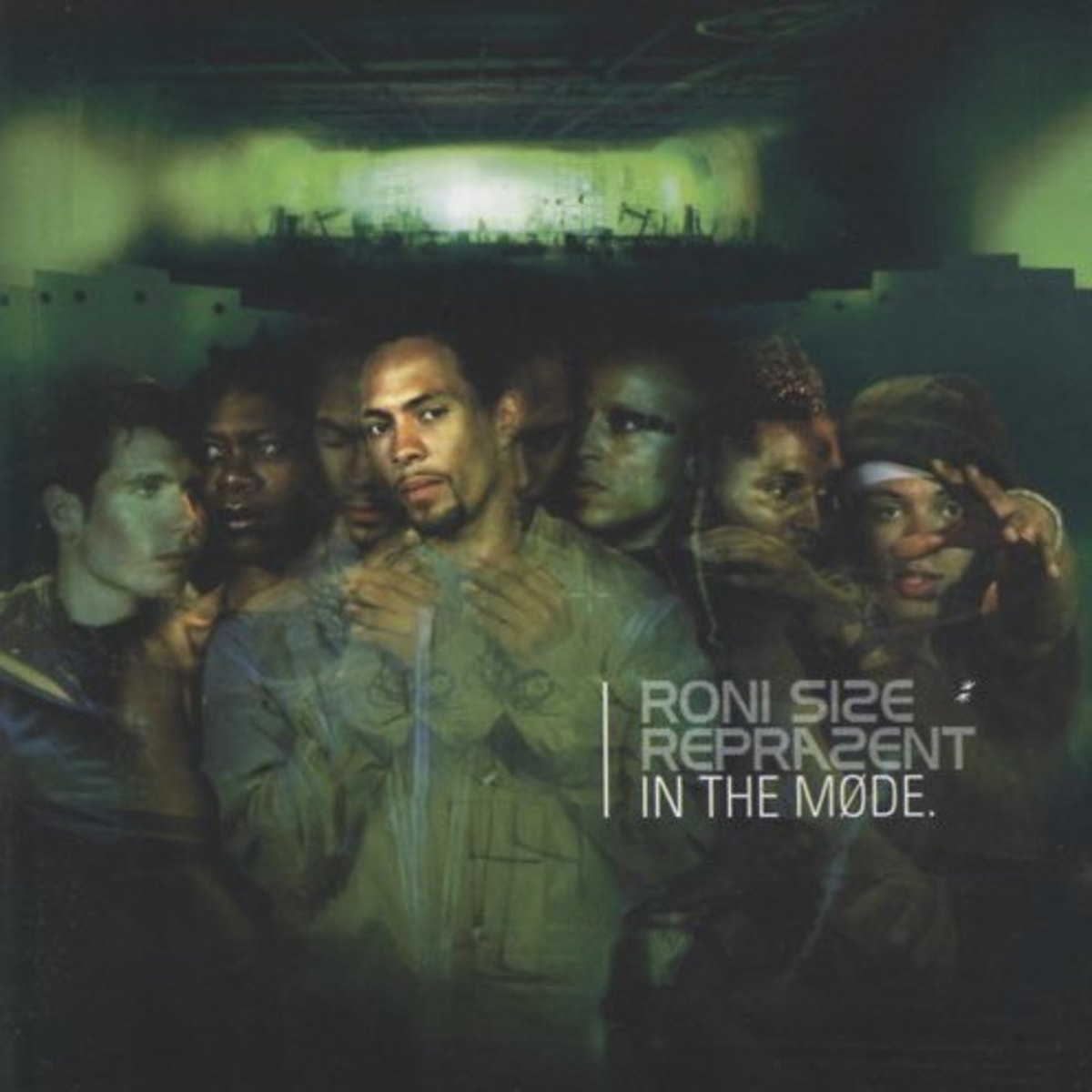 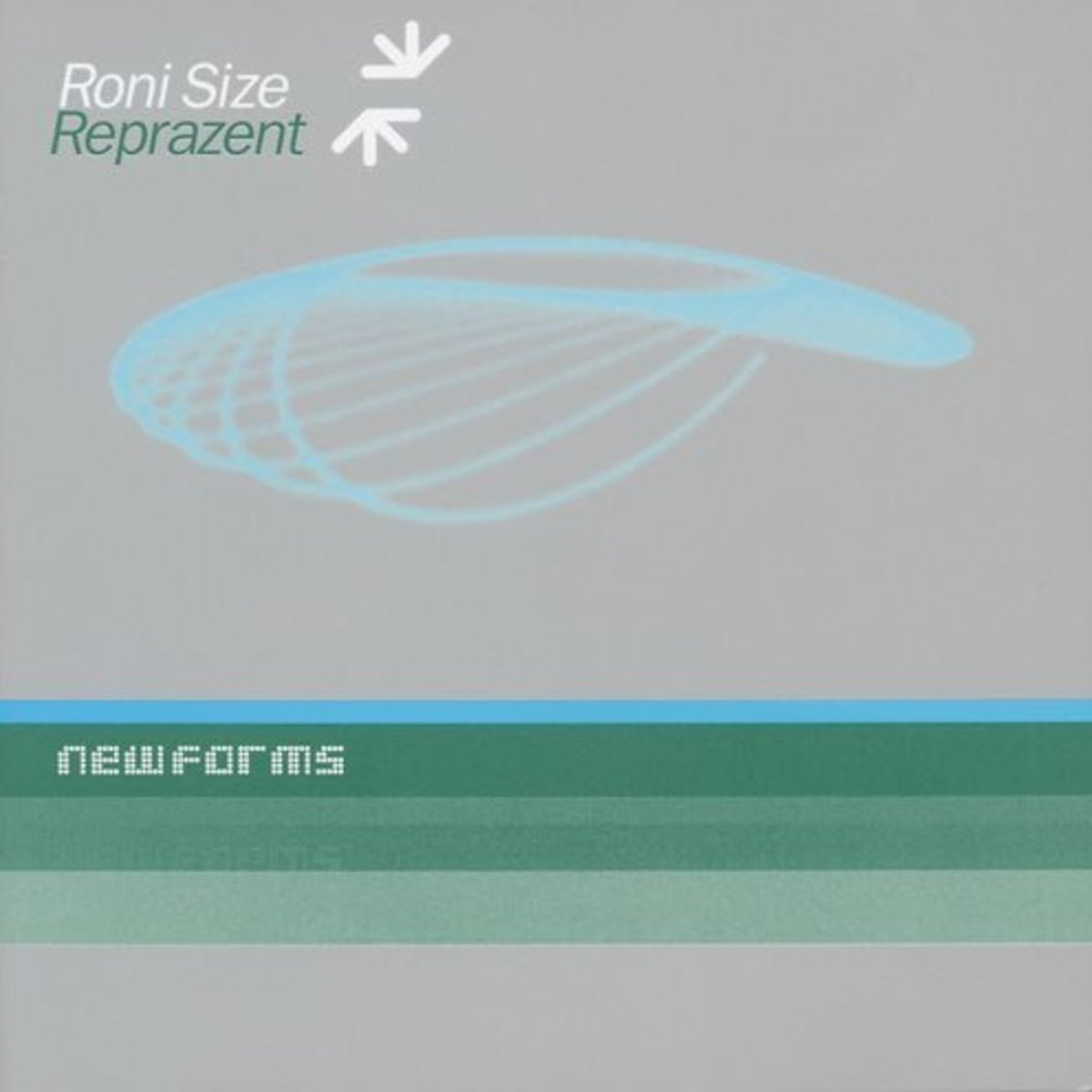 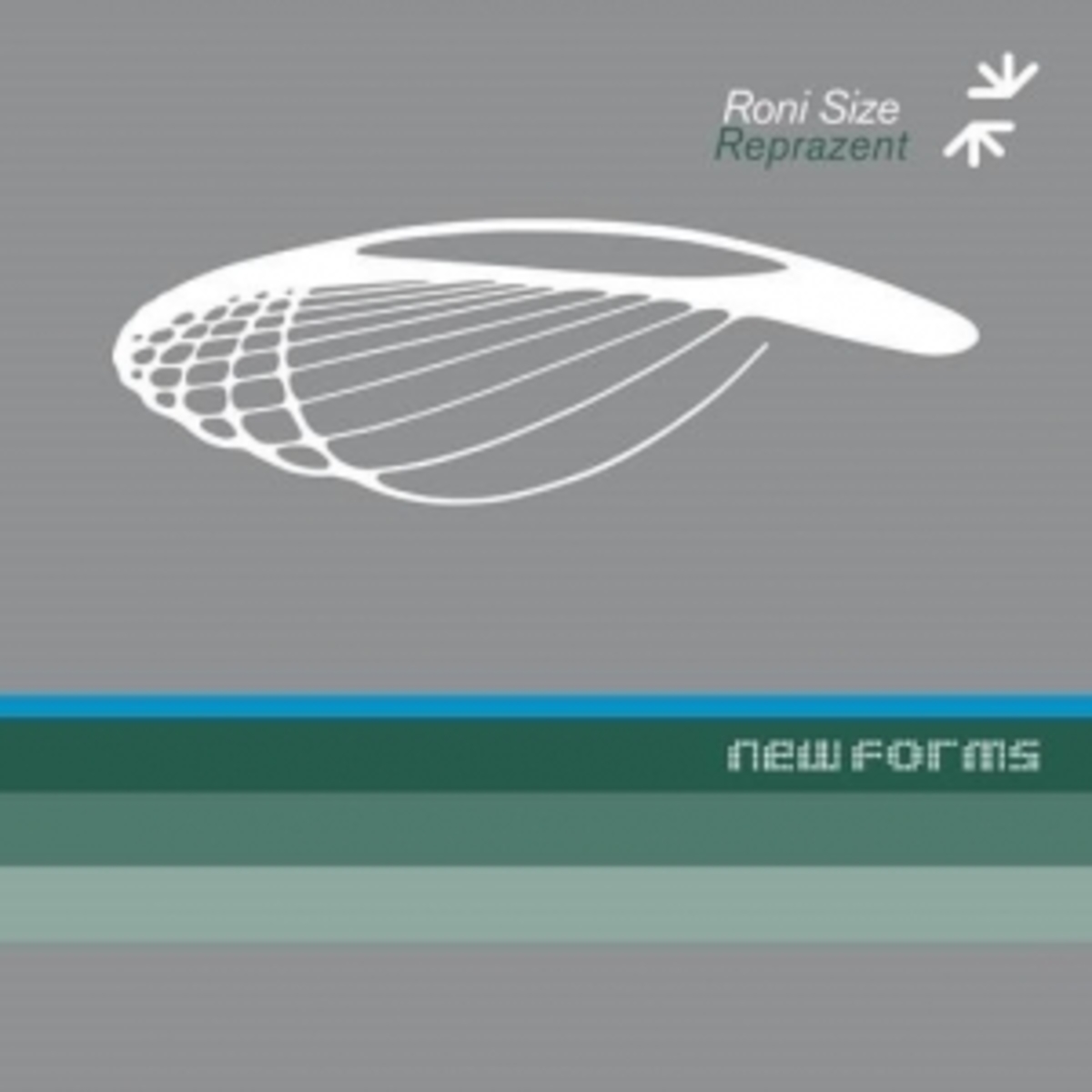 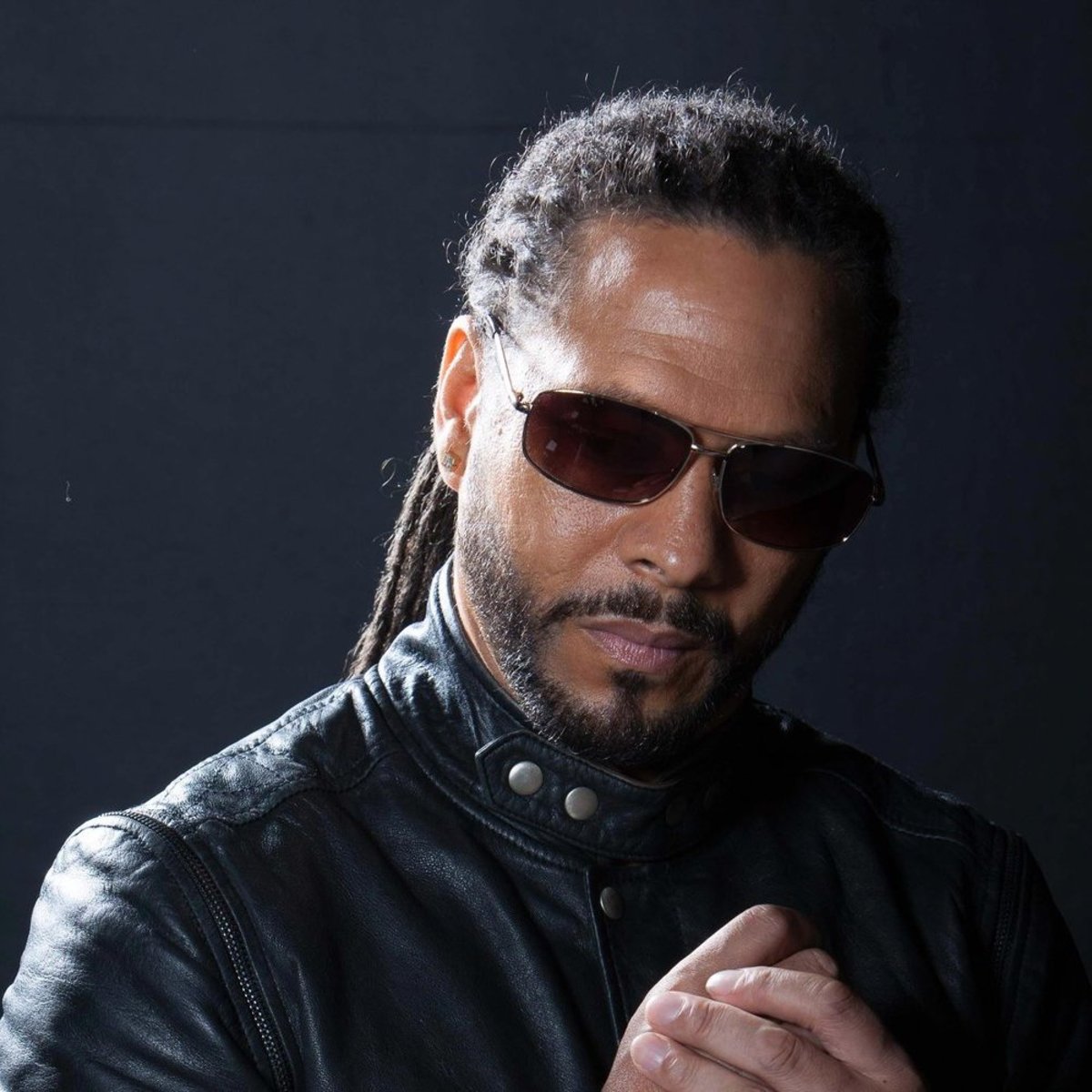