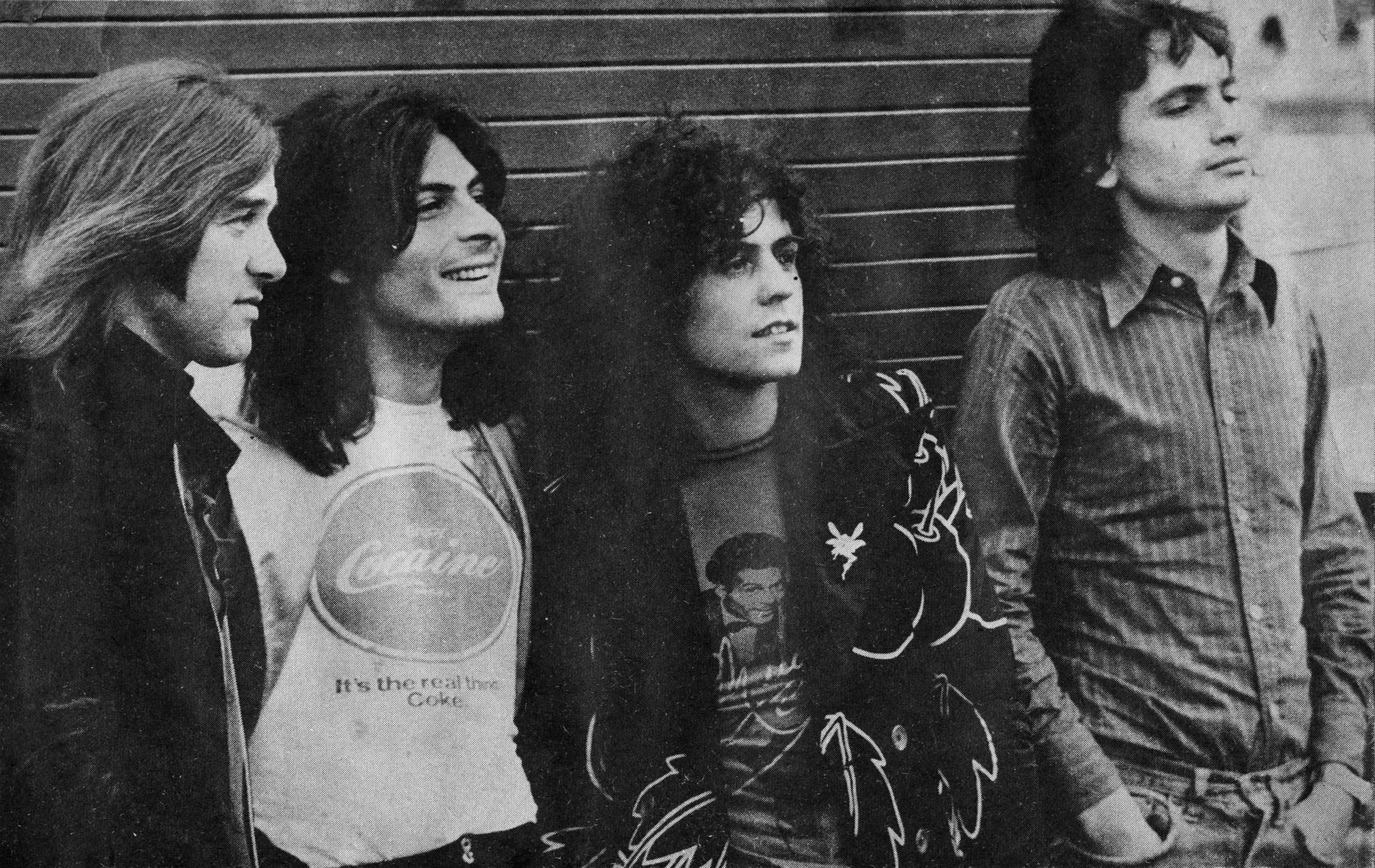 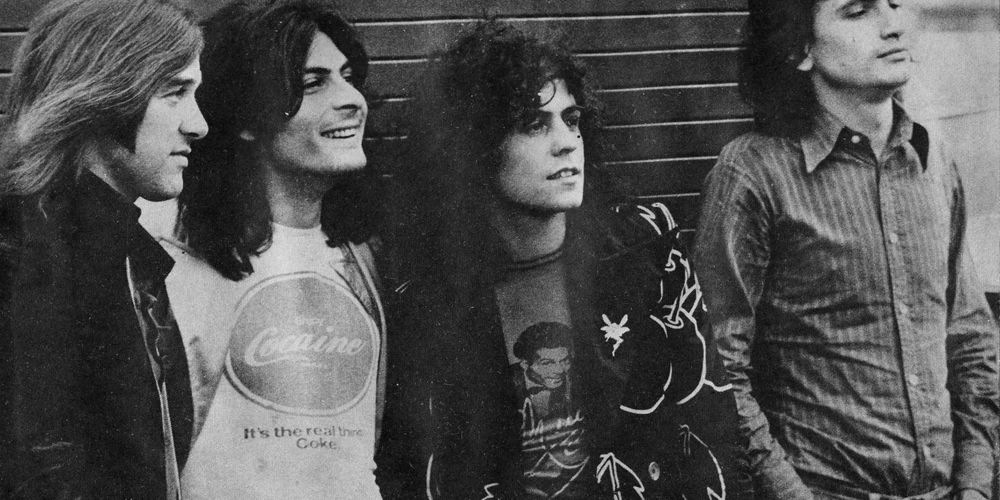 Initially a British folk-rock combo called Tyrannosaurus Rex, T. Rex was the primary force in glam rock, thanks to the creative direction of guitarist/vocalist Marc Bolan (born Marc Feld). Bolan created a deliberately trashy form of rock & roll that was proud of its own disposability. T. Rex’s music borrowed the underlying sexuality of early rock & roll, adding dirty, simple grooves and fat distorted guitars, as well as an overarching folky/hippie spirituality that always came through the clearest on ballads. While most of his peers concentrated on making cohesive albums, Bolan kept the idea of a three-minute pop single alive in the early ’70s. In Britain, he became a superstar, sparking a period of “T. Rextacy” among the pop audience with a series of Top Ten hits, including four number one singles. Over in America, the group only had one major hit — the Top Ten “Bang a Gong (Get It On)” — before disappearing from the charts in 1973. T. Rex’s popularity in the U.K. didn’t begin to waver until 1975, yet they retained a devoted following until Marc Bolan’s death in 1977. Over the next two decades, Bolan emerged as a cult figure and the music of T. Rex has proven quite influential on hard rock, punk, new wave, and alternative rock. 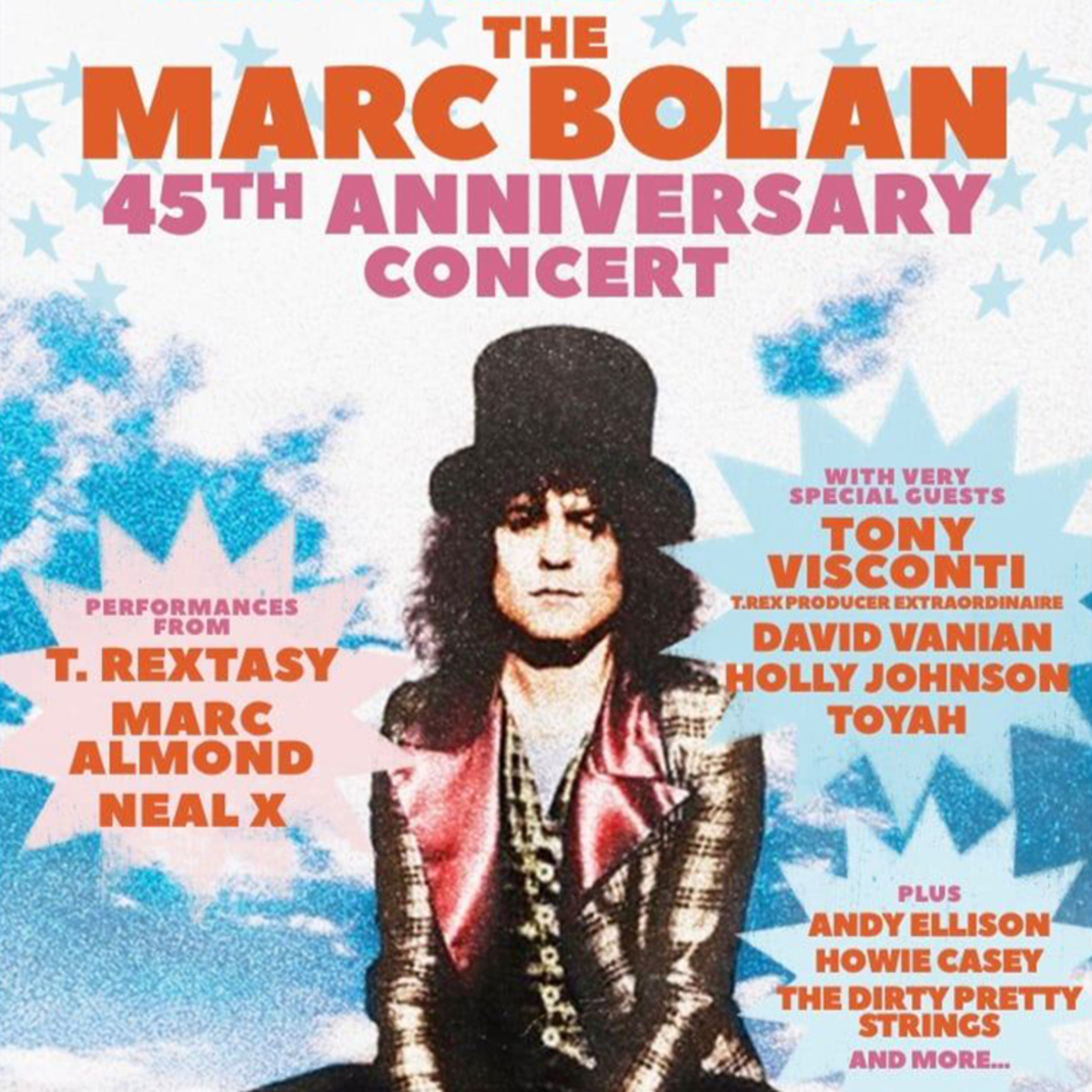 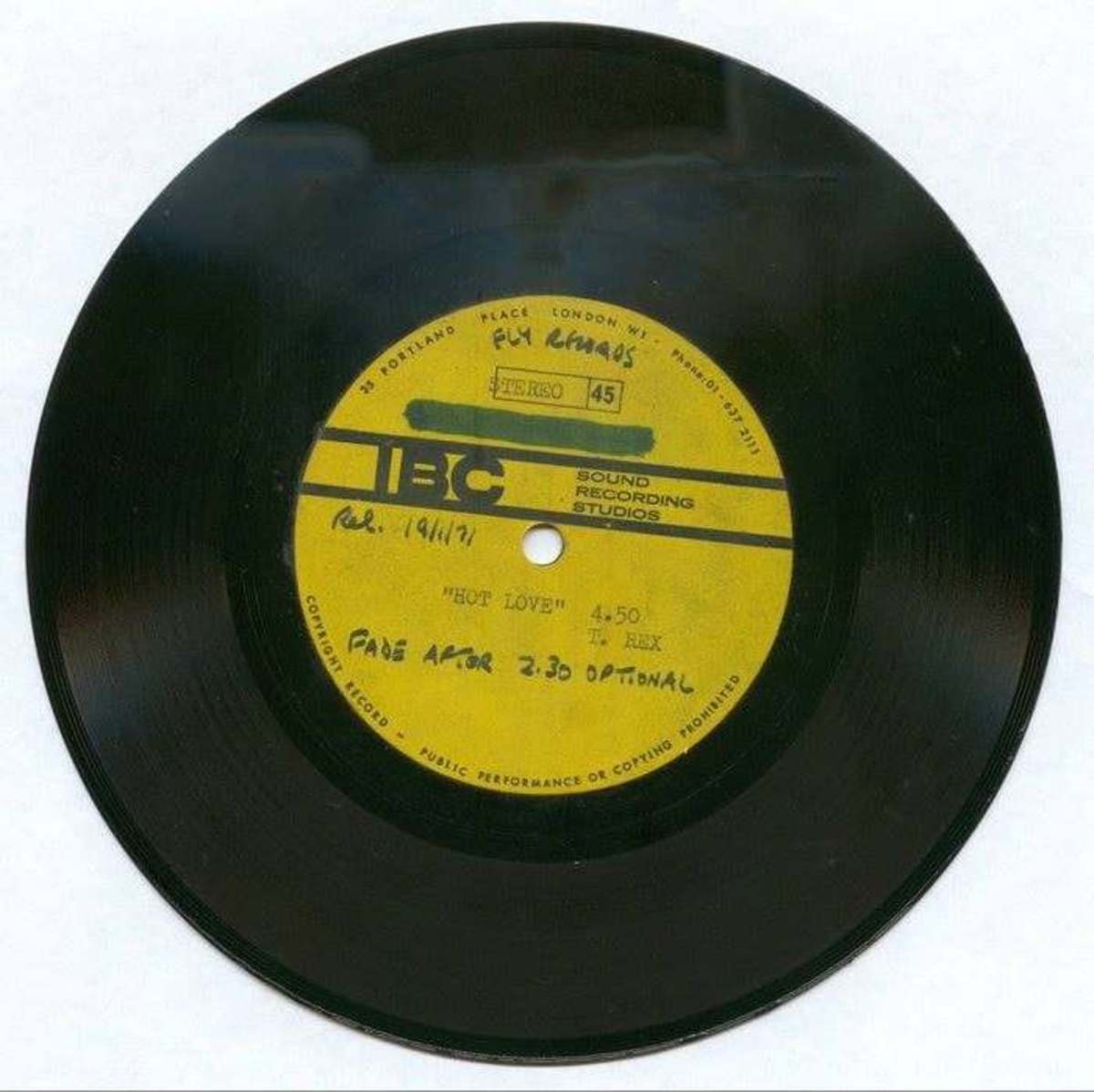 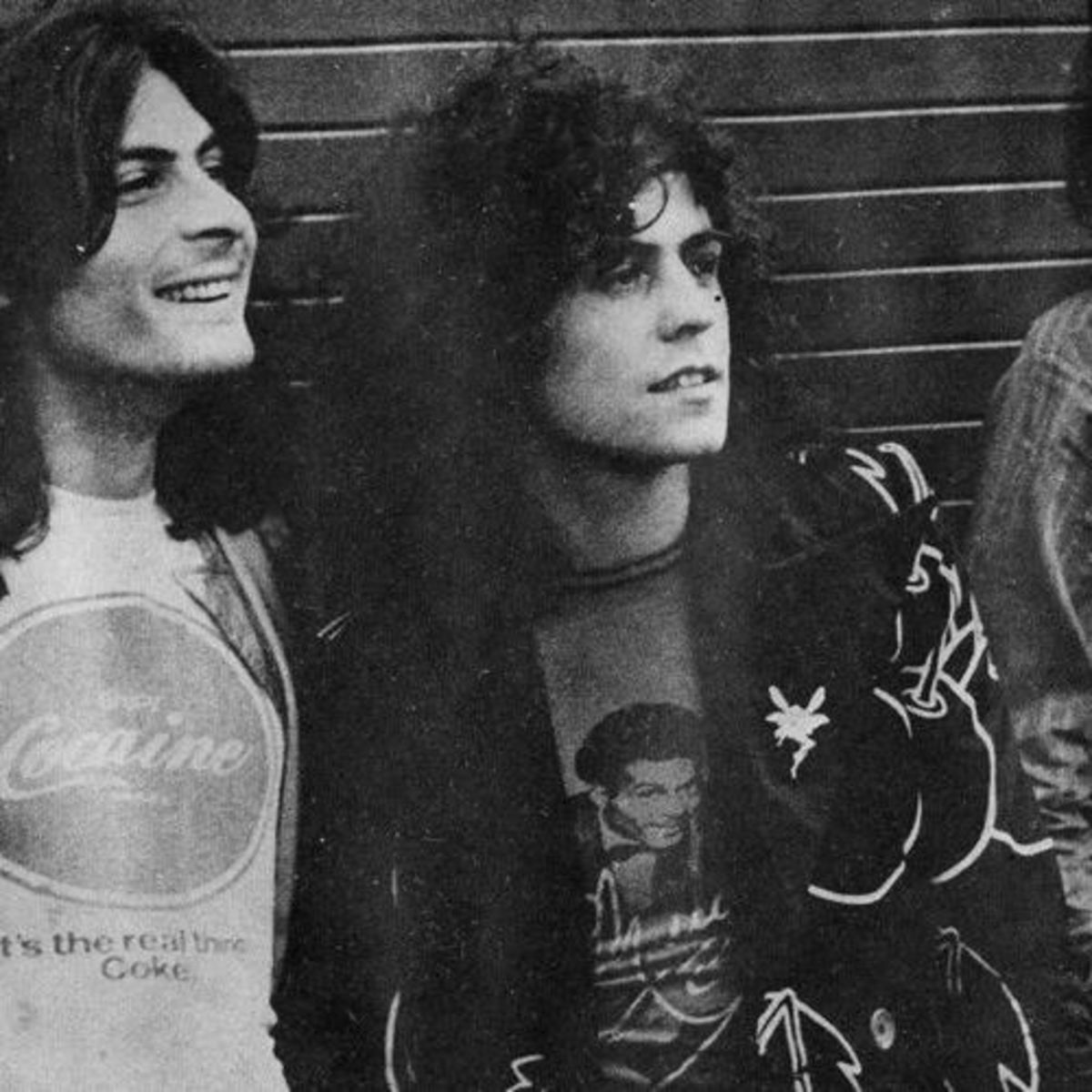 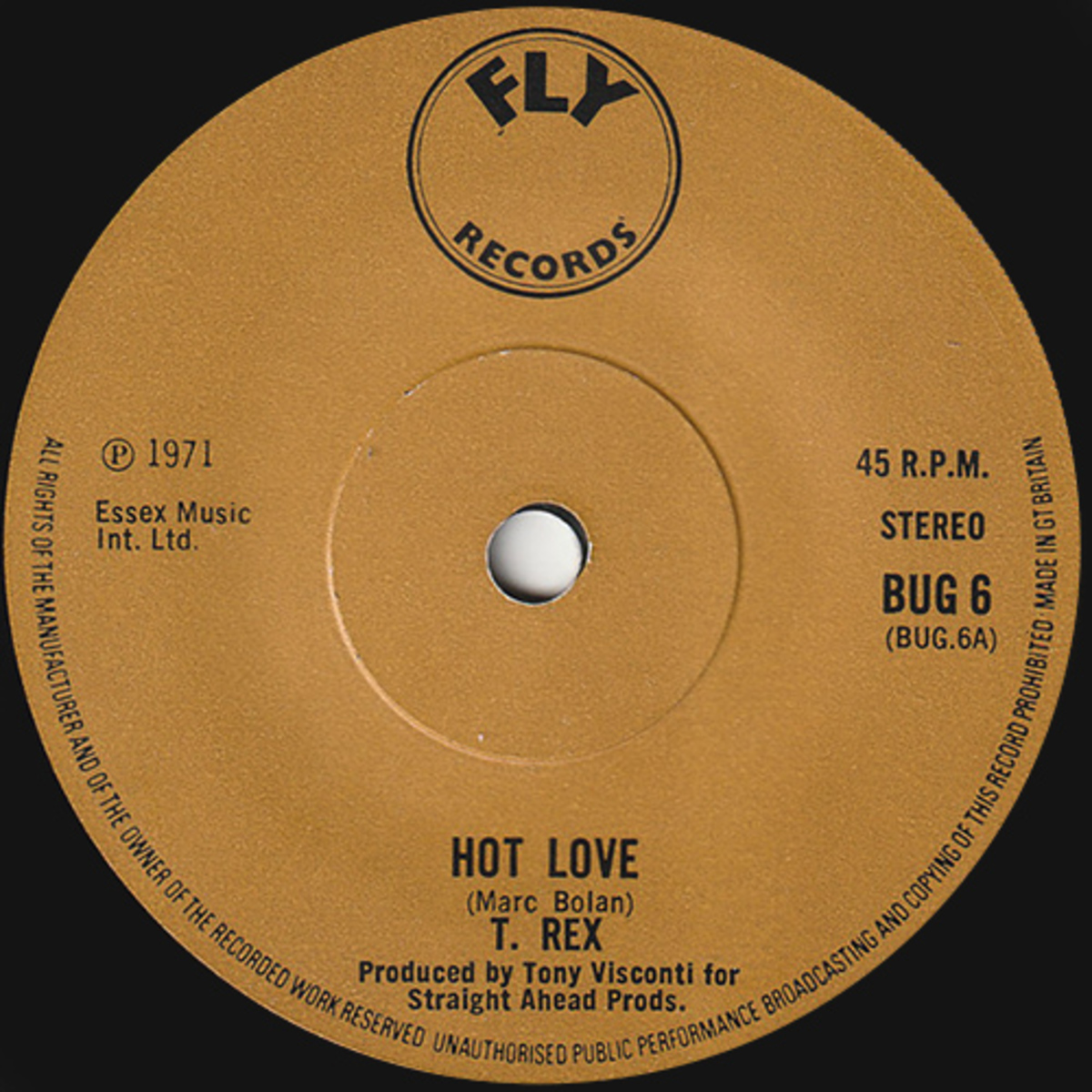 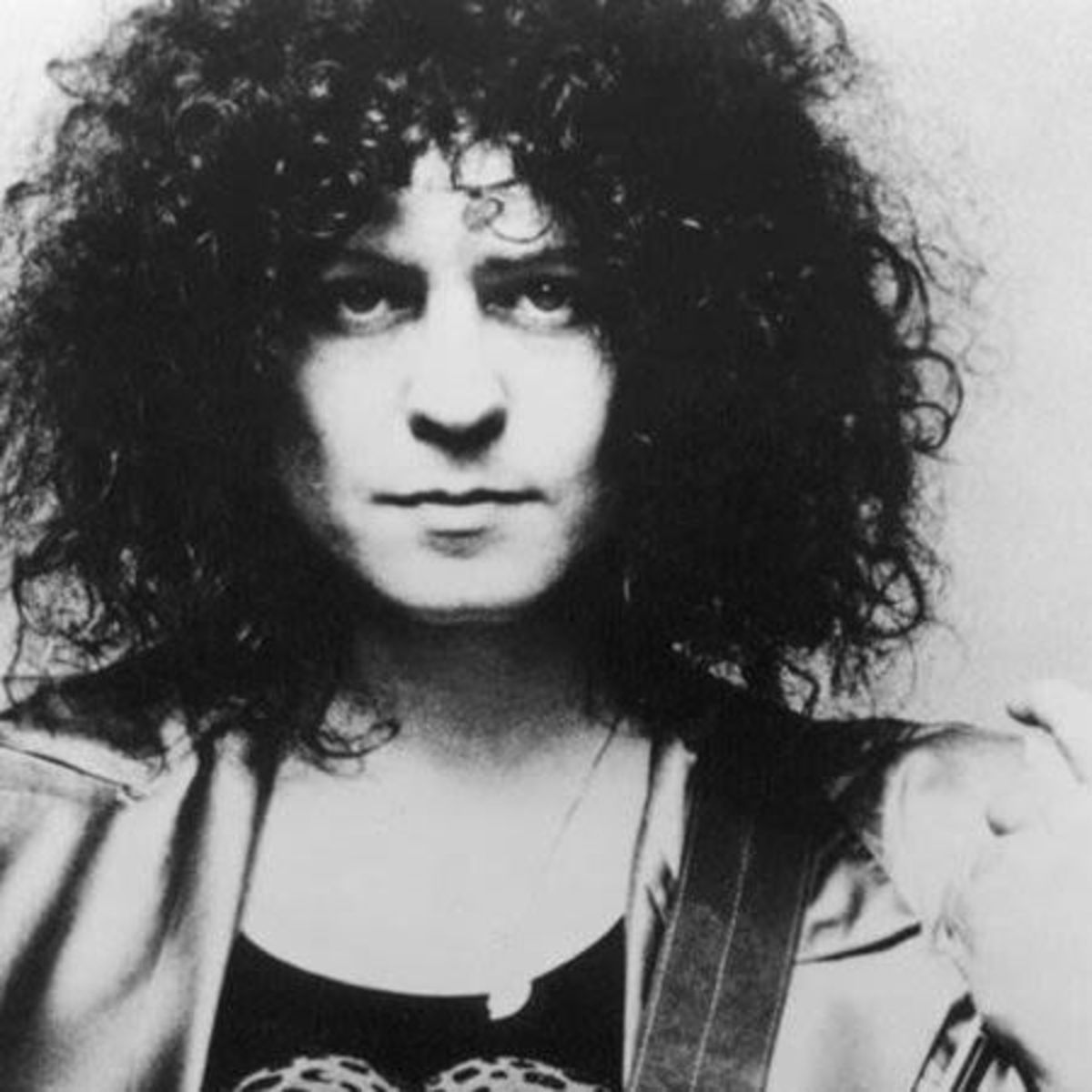