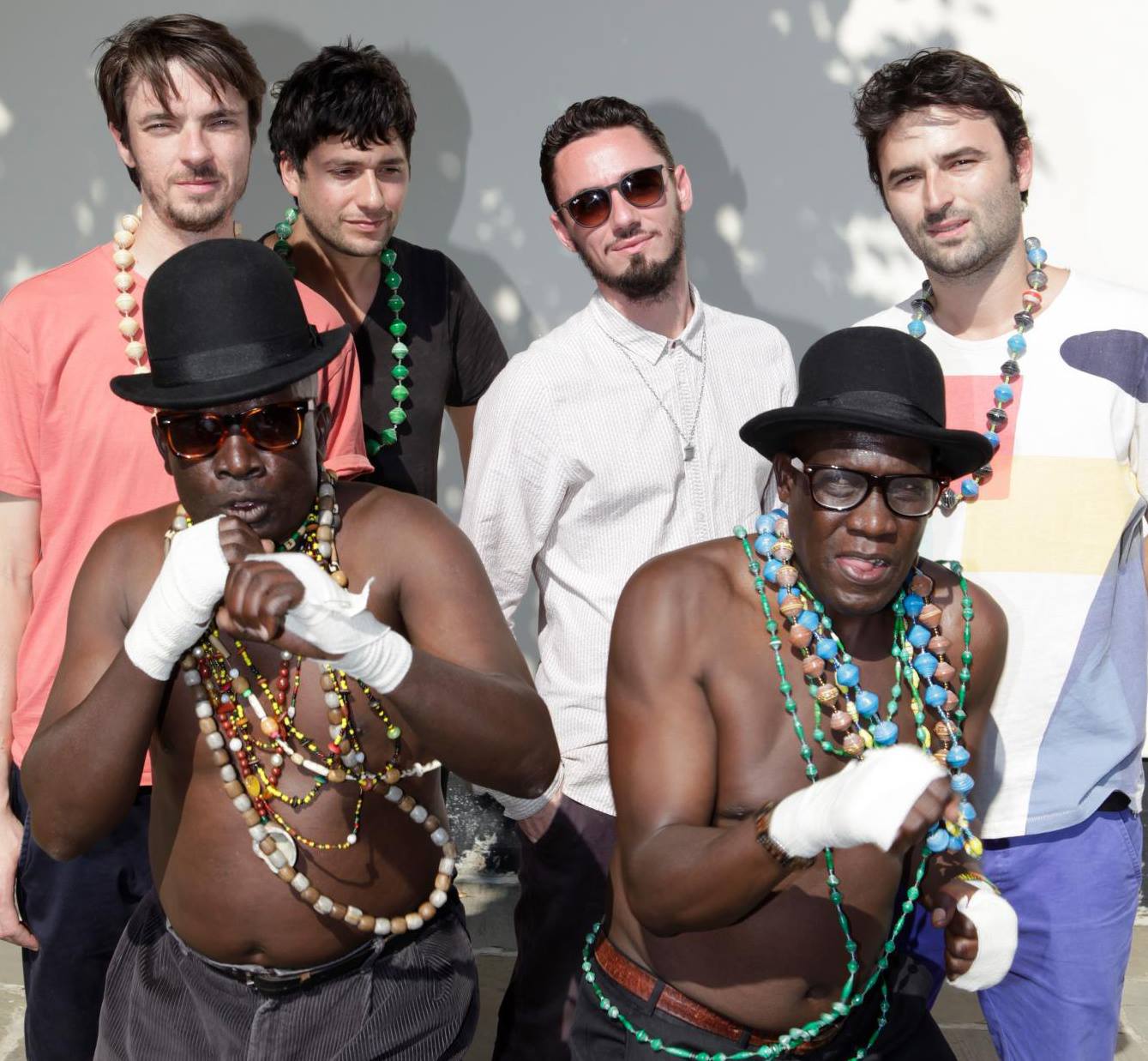 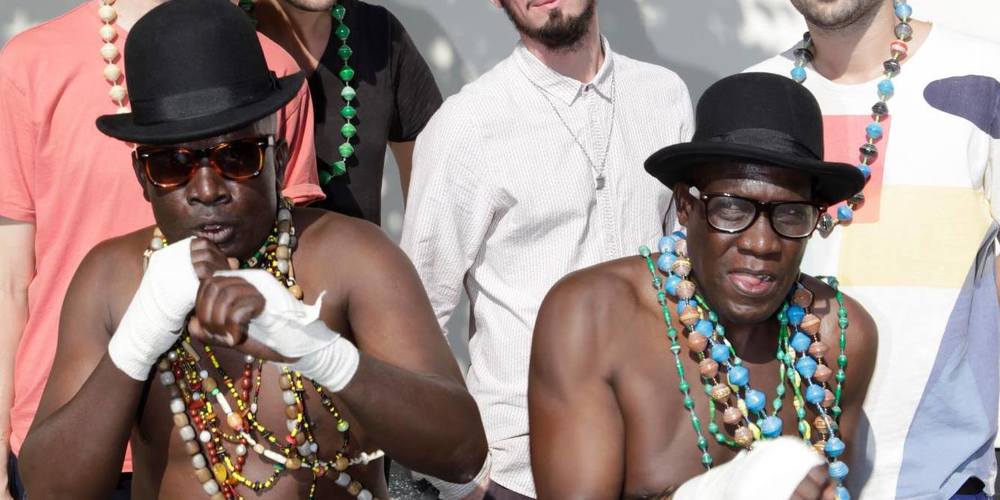 In 2009, a handful of London-based musicians travelled to Nairobi in Kenya to collaborate with local musicians there. It was a loose arrangement… there was no specific agenda other than to bring the musicians together, exchange ideas and enjoy the results.

Jesse Hackett (keys), Louis Hackett (bass), Sam Lewis (guitar) and Tom Skinner (drums) made up the London contingent and their first trip to Nairobi was in January 2009 to meet and collaborate with two Kenyan musicians: Joseph Nyamungu and Charles Owoko. The workshop/rehearsals were a lot of fun and pretty fruitful – “They acted as a skills exchange and a way of sharing our music. We learned some of their songs and they learned some of our songs too,” explains Tom.

Finding a studio that could accomodate a 7‑piece live band wasn’t easy but eventually they holed up in an amazing disused factory space to record. The resulting four tracks made their way to Gilles Peterson who promptly signed the band to his Brownswood imprint and sent the boys back to Nairobi for another week-long recording session with Joseph, Charles and their extended musical family. The results are documented on the band’s self-titled album from 2011 – a collection of gloriously hypnotic Afro grooves symbolic of the true culture clash between the Luo and London.

Teasing ahead to their sophomore album, Brownswood’s London>Kenya cartel deliver the superheavyweight Owiny Techno on 1st April 2013 – a straight ahead sound system killer uniquely aimed at the dancefloor. Harder, better, faster, stronger… it hurtles out of the speakers at a brisk 140bpm powered by a boisterous technoid drum riddim and bolstered by drummer Charles Owoko’s rolling percussion. The unity of this mighty groove is interrupted, and augmented, by wayward, distorted bass and the overall result is pure fire for the dancefloor.

Owiny Sigoma Band unleash Power Punch on 8th April 2013 via Brownswood Recordings. Spinning on its London>Nairobi axis, the MOBO-nominated group continue to redefine universal, artistic and cultural exchange blending traditional Kenya nyatiti and Luo music with Western songwriting and production techniques. The album, as its title suggests, is a confident, radiant, record packed with stirring, sometimes downright frisky jams. A truly original and exhilarating soundclash, Power Punch marks the next exciting chapter in the evolution of a remarkable band. 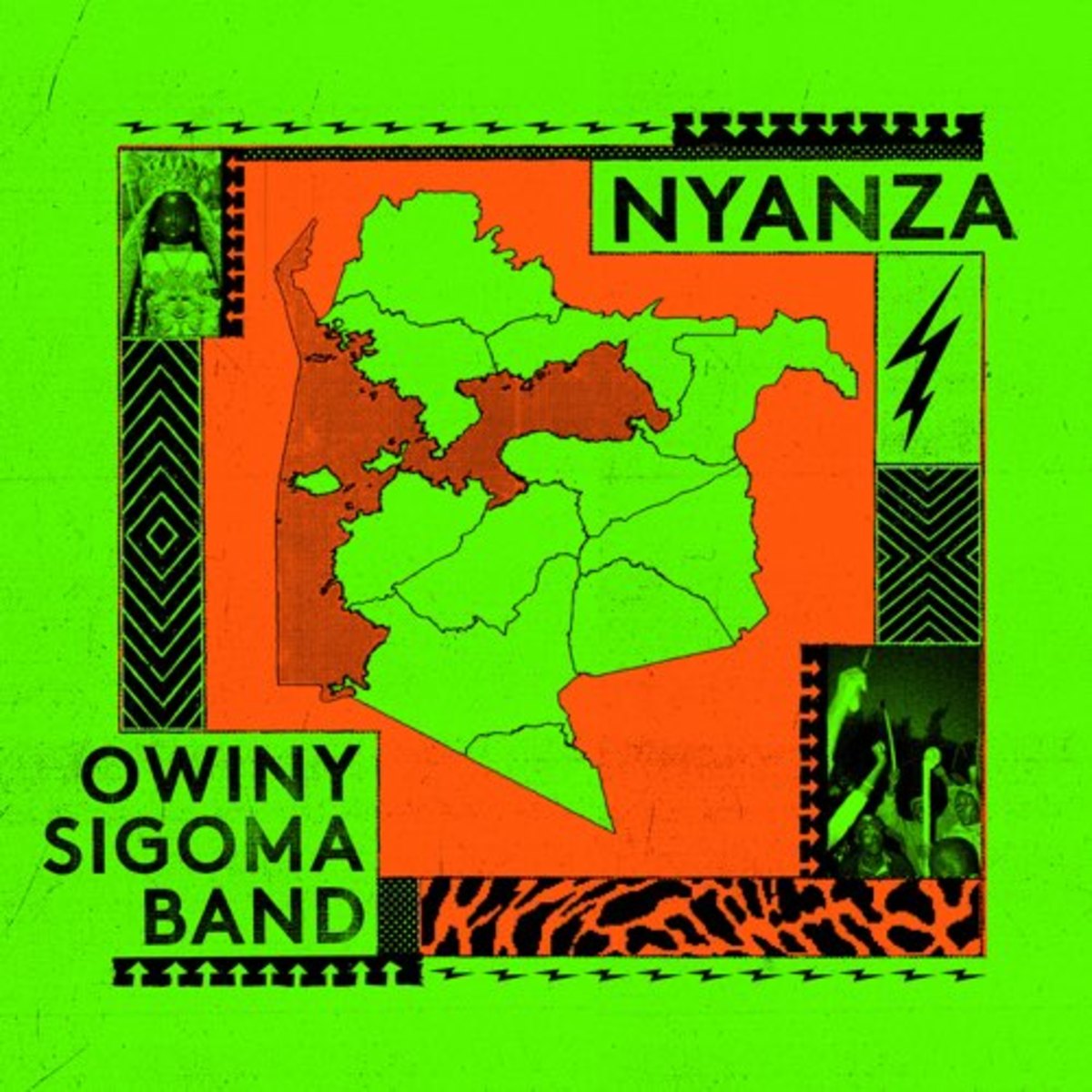 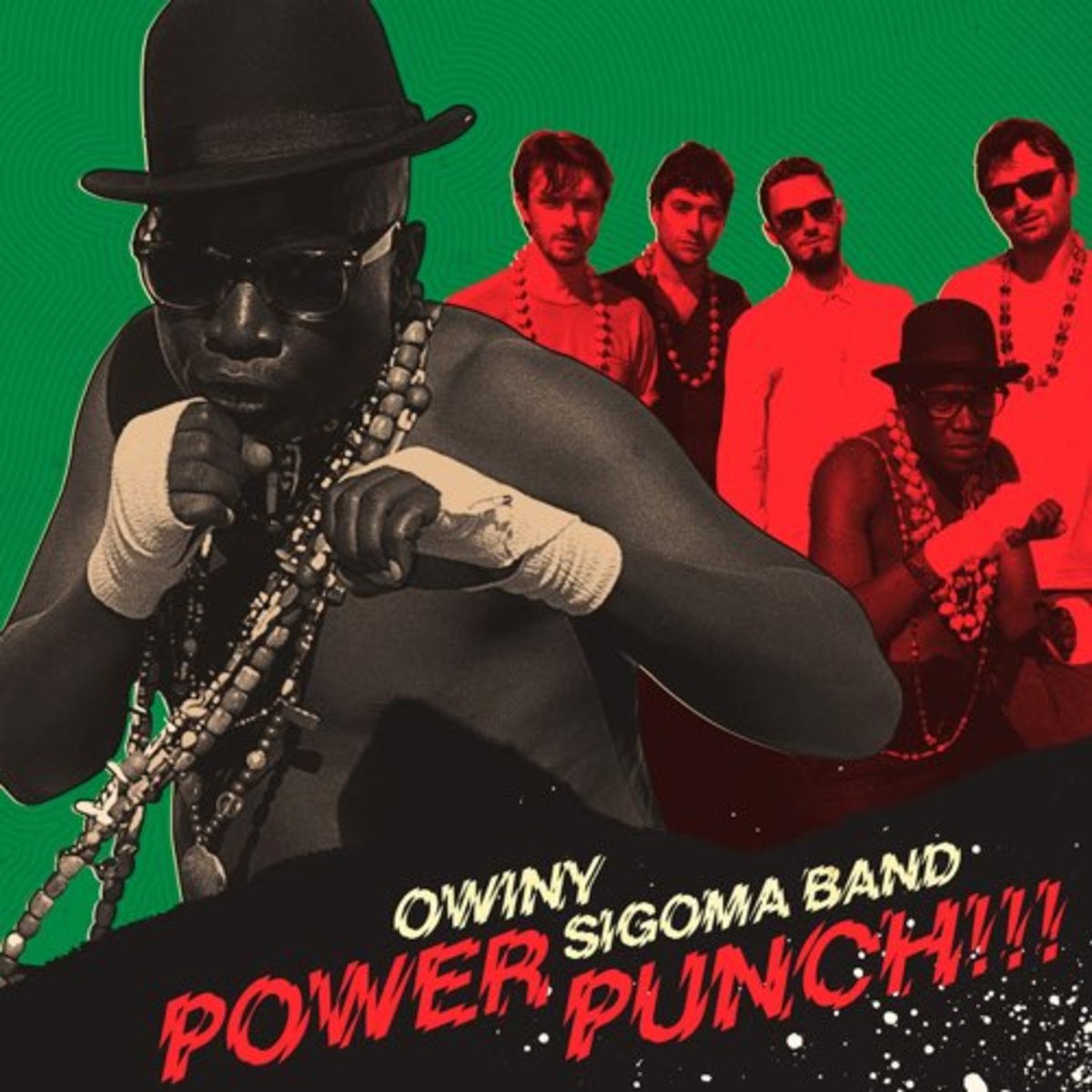 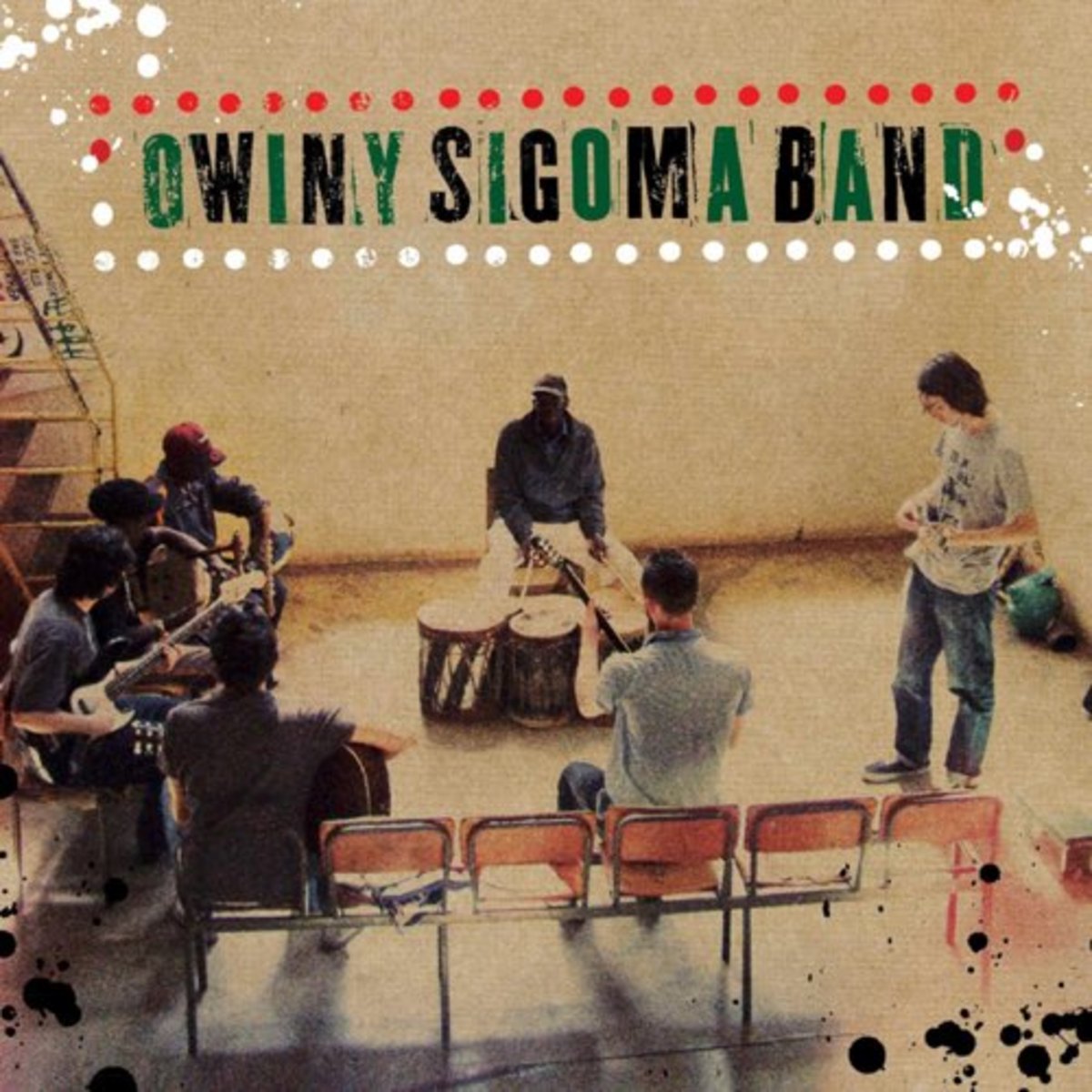