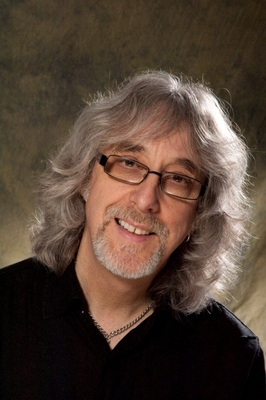 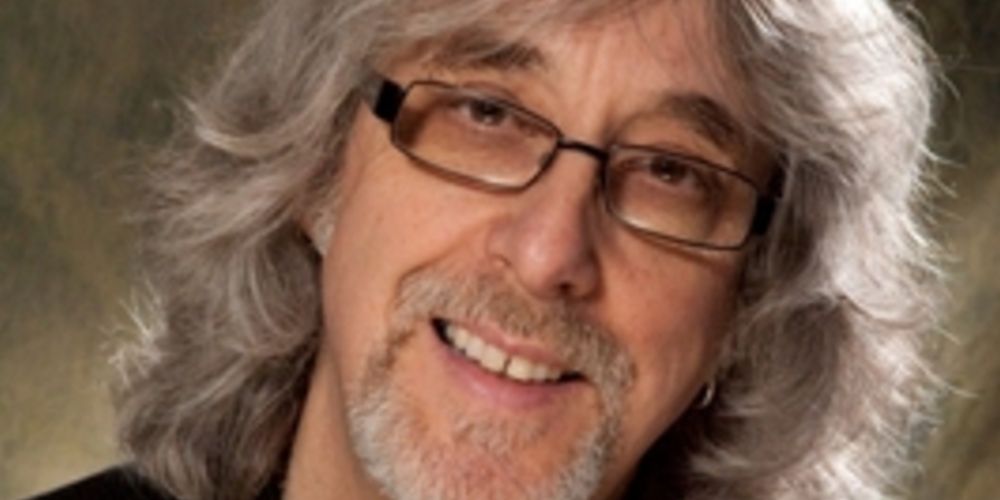 Over the past forty years, Gordon Giltrap has graced the music business with his dedication to his craft and his affection for his audience. As one of the UK’s most respected guitarists, he has consistently proved the adage that respect cannot be bought. It must be earned.

Gordon was born on 6 April 1948, at the British Home for Mothers and Babies in Brenchley, Kent. The son of a labourer, he grew up in an austere but protective community of terraced houses in Deptford, south-east London. His obsession with stringed instruments began nine years later, when a friend turned up at the house with an out-of-tune Spanish guitar. Keen to encourage his new hobby, his parents bought him a plastic ukulele with a picture of Elvis on the headstock, then a Martin Coletti archtop jazz guitar with a sunburst finish and a brown canvas case. Without a teacher to guide him and just a set of pitch pipes and a book entitled “First Steps” he taught himself how to tune the instrument and finger basic chords. A familiar story I’m sure you have heard before from many of the guitar legends around today!

Gordon joined his first band when barely in his teens, and relished the opportunity to play songs by his idols — Cliff Richard, The Shadows and The Everly Brothers. He set his sights on Art College, but bowed to his father’s insistence that he learn “a trade”, and grafted his way through a series of unrewarding jobs. Gordon unwittingly taught himself a hybrid technique of plectrum and little finger, but in doing so, created the individual sound that is still his trademark. He continued to play the guitar in his spare time, and in November 1966, he singlehandedly secured a recording contract with Transatlantic Records.

Gordon cites the legendary record producer Bill Leader as his main friend and supporter during those early years. Indeed it was Bill who discovered his fledgling talent, and after hearing the demos that Gordon sent in suggested that the company should sign him. Gordon served his apprenticeship as a singer/songwriter on the London folk club circuit, and his self-titled debut album was released in 1968. Each subsequent album broke new ground, and he developed an extraordinary repertoire while establishing a reputation for thrilling live performances. Even to this day Gordon features material from those first two Transatlantic albums in his live shows. Lucifer’s Cage and Ive’s Horizon continue to bring joy to old and new fans alike.

In the late Seventies, Gordon enjoyed a brief spell as a pop star, with a hit album (Perilous Journey) and two hit singles (‘Heartsong’ and ‘Fear of the Dark’). ‘Heartsong’ was nominated for an Ivor Novello award, and is fondly remembered as the theme tune to the BBC’s Holiday programme. ‘Fear of the Dark’ was the first 12-inch colour picture disc to be released in the UK, and featured a heavily-made-up and unflattering image of what was then being marketed as The Gordon Giltrap Band. It was during the photo session for the picture disc that each of the band members were advised to wear make-up otherwise their features would not be seen on the finished product. Low and behold when the disc was released it was patently obvious that they were wearing make-up. Needless to say they were not best pleased! During the early eighties circumstances, many beyond Gordon’s control dictated that he would eventually retreat gracefully from the rock spotlight and return to his first love of solo acoustic guitar.

Although those three now classic progressive rock albums Visionary, Perilous Journey and Fear of the Dark brought him to the attention of the British public, Gordon doesn’t regard them as his finest hour and believes his work over the past 25 years has been his best. He regards the Troubadour album as probably the high point of his writing and recording thus far. This album was produced and arranged by the legendary Del Newman and is indeed a landmark in the Giltrap career with its superbly crafted compositions and achingly beautiful string arrangements. Del Newman retired from the music business a while back, but their strong friendship continues, and in 2010 Del published his first book entitled “A touch from God” where Del relates his time in the studio with many musical greats including Sir Paul McCartney and Elton John plus many more. Gordon was touched when Del asked him to write the Foreword to the book. Del said that Gordon was his first choice. His second was Elton!

Over the years, Gordon has worked with an amazingly broad range of artists, from rock musicians such as Brian May, Rick Wakeman and Midge Ure to the jazz virtuoso Martin Taylor, the classical guitarist Raymond Burley and the London Symphony Orchestra. In 1996, Gordon realised a dream of playing guitar alongside Cliff Richard, on stage in Cliff’s West End musical Heathcliff. As well as performing in the role of The Troubadour, Gordon arranged the overture and wrote two pieces of music.

In 2000 Gordon felt very honoured to be invited to become a member of The Grand Order of Water Rats…The GOWR is the oldest show business charity in the UK and has among its members Rick Wakeman, Brian May, John Lodge (Moody Blues), Joe Brown, Bert Weedon, Jim Marshall and recently Nico McBrain the drummer with Iron Maiden. Past Water Rats include Charlie Chaplin, Sir John Mills, Tommy Cooper and many more.

His first performance DVD — Live At Huntingdon Hall — was released in 2003, and reveals the ample skill and charm of one of this country’s national treasures. In 2005, Gordon staged a special concert at Birmingham Symphony Hall, performing his own compositions as a solo artist, with guest musicians from contrasting disciplines, and with the Sheffield Philharmonic Orchestra. Gordon was also part of the Guitar Maestros series of DVD’s that featured many legends of the instrument such as Martin Carthy, Martin Simpson, Big Jim Sullivan, Clive Carroll, John Etheridge and Wizz Jones. These superbly produced DVD’s feature exclusive interviews with that legendary writer and presenter Trevor Dann.

In 2008 Gordon received a Life Time Achievement award from the Newtonards Guitar Festival in Northern Island. Gordon regards this as his most treasured possession coming as it does from the land of his grandfather’s birth and a country with a musical tradition close to his heart.
Indeed Ireland has taken him to their heart. The largest guitar store in Belfast, The Guitar Emporium has engravings of some of the world’s greatest guitar players on their front window. If you visit you will see engraved images of Jimi Hendrix, Rory Gallagher, Jimmy Page, Brian May and in amongst these greats there is…Gordon Giltrap.Needless to say the self effacing Mr Giltrap feels very humbled by this superb gesture!

In 2009 he was approached by the major musical instrument company JHS to produce a Gordon Giltrap signature guitar. Once again Gordon rose to the challenge and invited guitar making legend Rob Armstrong into the equation. The end result being the Rob Armstrong designed VINTAGE VE 2000 GG signature guitar. This instrument is based on a guitar that Rob made in 1980 and one which Gordon has used on stage continuously since he purchased it nearly 10 years ago. Gordon is VERY proud to have this instrument as part of his legacy.

Gordon’s music continues to evade categorisation and is nigh on impossible to put into any kind of a niche influenced as it is by the rock guitar of Hank Marvin and Pete Townshend, the folk guitar of Bert Jansch and John Renbourn, and the classical guitar of Julian Bream and John Williams. He has released 25 original studio albums, plus numerous live albums and compilations. The past few years have seen Mr Giltrap embracing technology in the form of a Boss Loop station, enabling him to record whole sections of music, playing it back and then adding layer upon layer to create a huge sound canvas climaxing in soaring electric guitar! This part of his show has become somewhat of a show stopper and has to be seen to be believed!
Gordon continues to embrace new projects, one of note being the superb 2009 “From Brush and Stone” album with his good friend Rick Wakeman,an album that Gordon is particularly proud of and one that he found challenging as it took him far from his usual comfort zone of just solo guitar. Recent projects include his latest 2010 studio offering “Shining Morn” a 24 track 75 minutes worth of contrasting and beautiful compositions.

There is currently no sign of Gordon hanging up his guitars, and he still performs dozens of concerts a year around the country in venues ranging from the intimacy of village halls to the grandeur of Birmingham’s Symphony Hall, earning the respect of fans and fellow musicians alike. 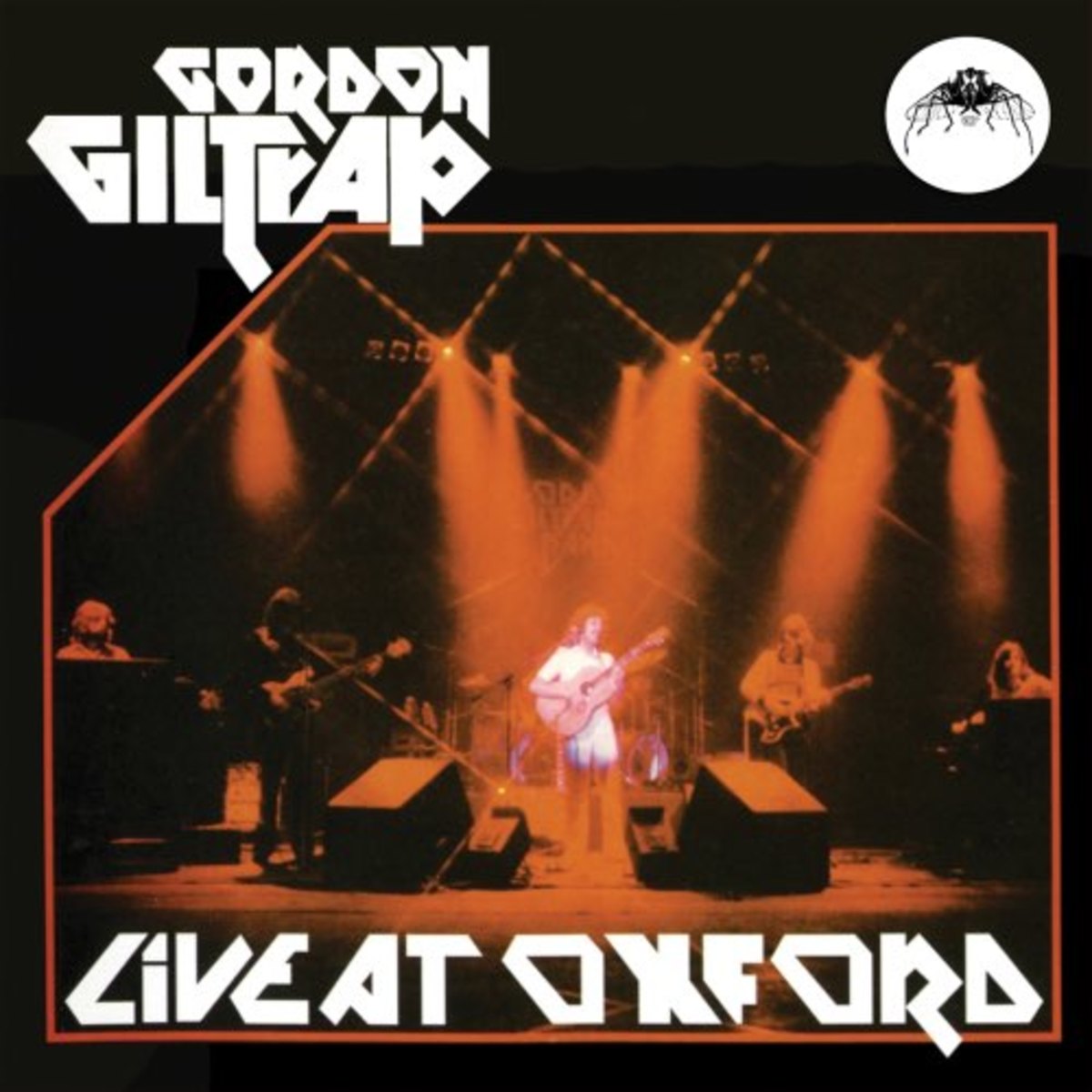 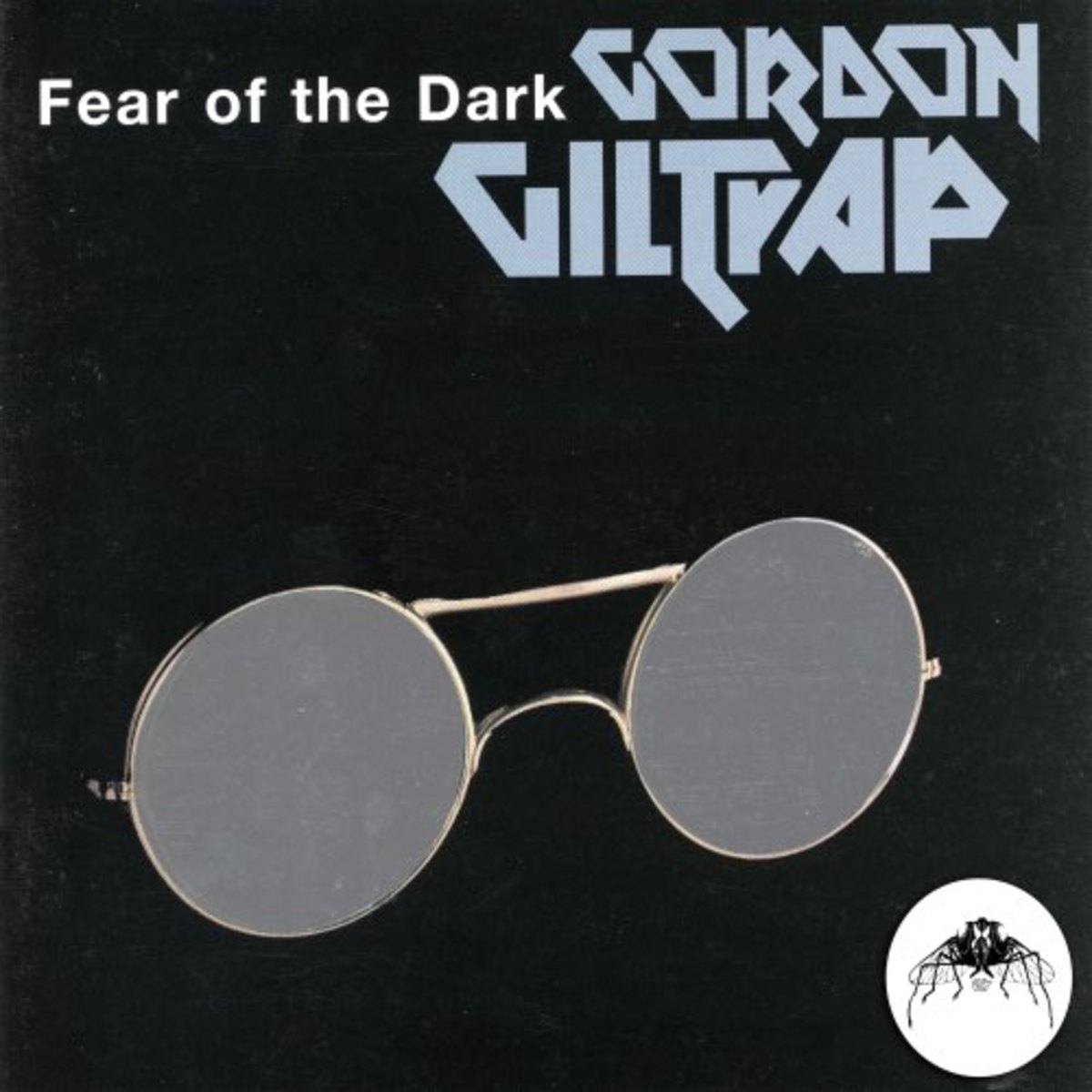 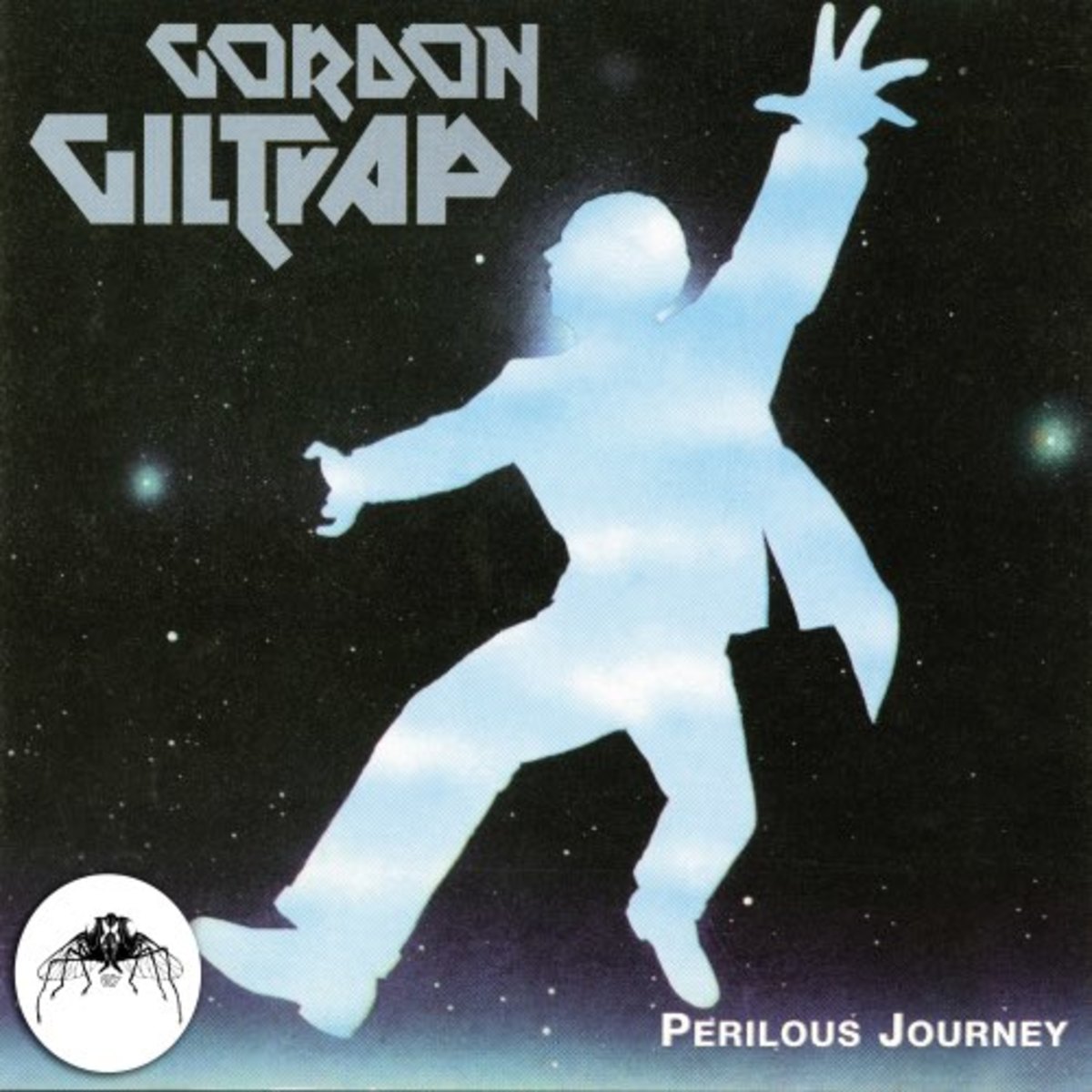 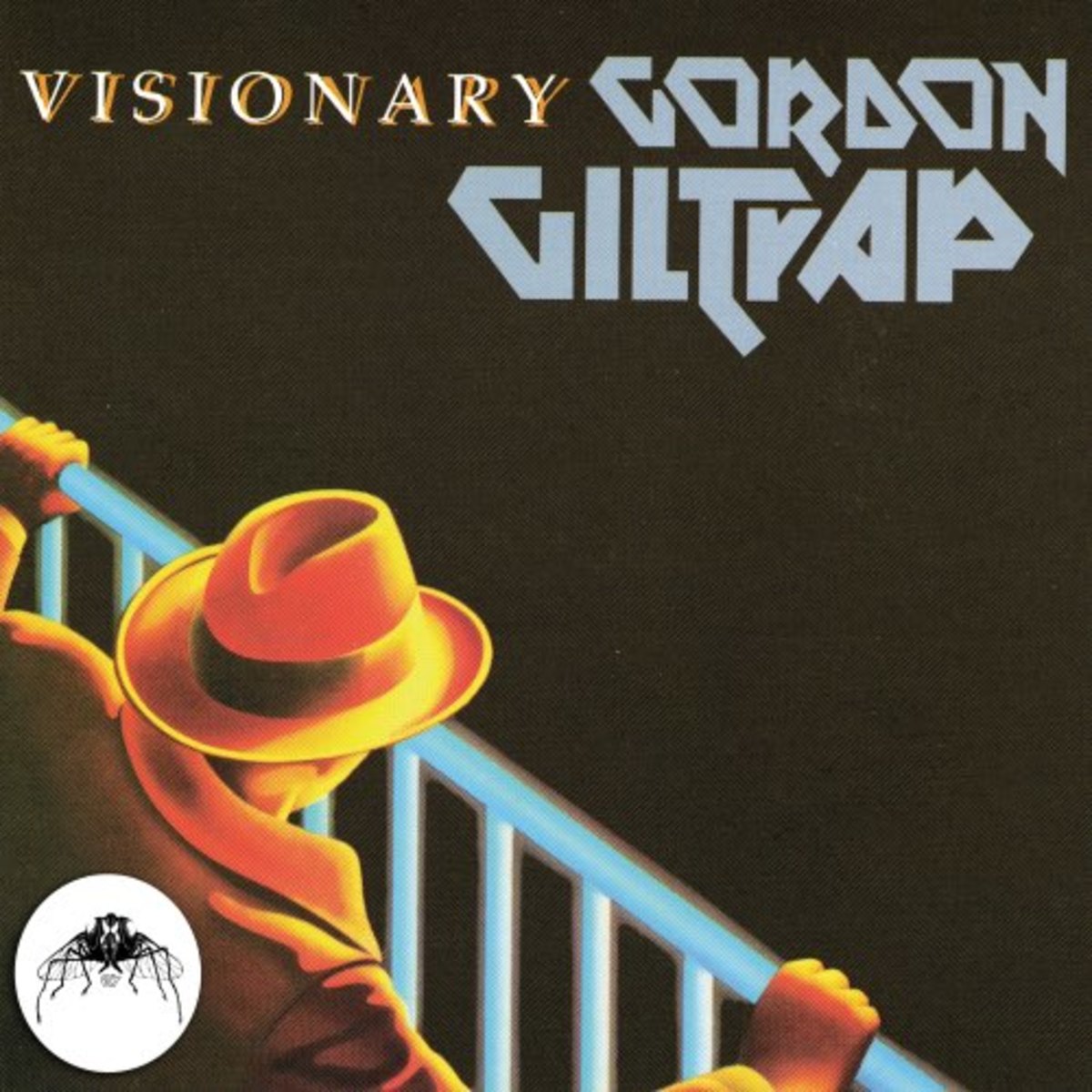 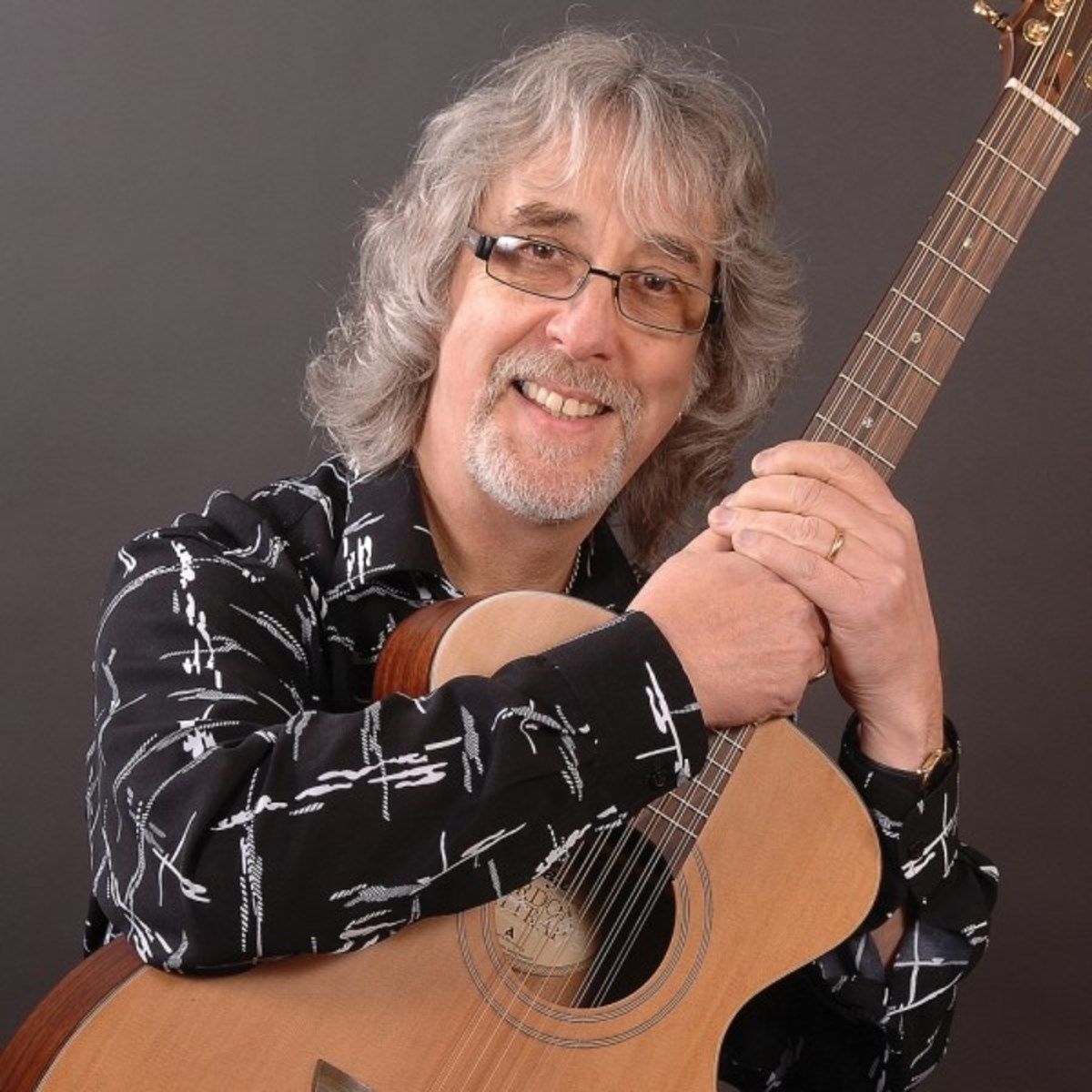