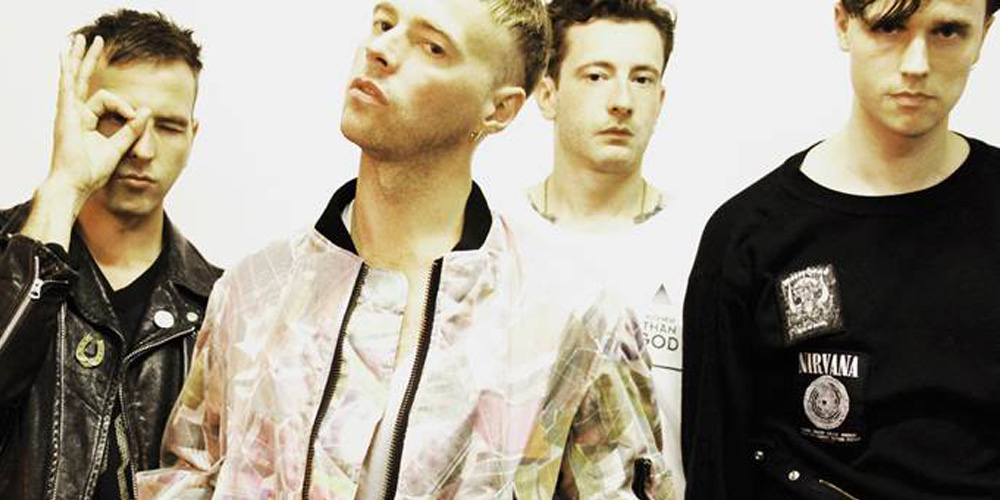 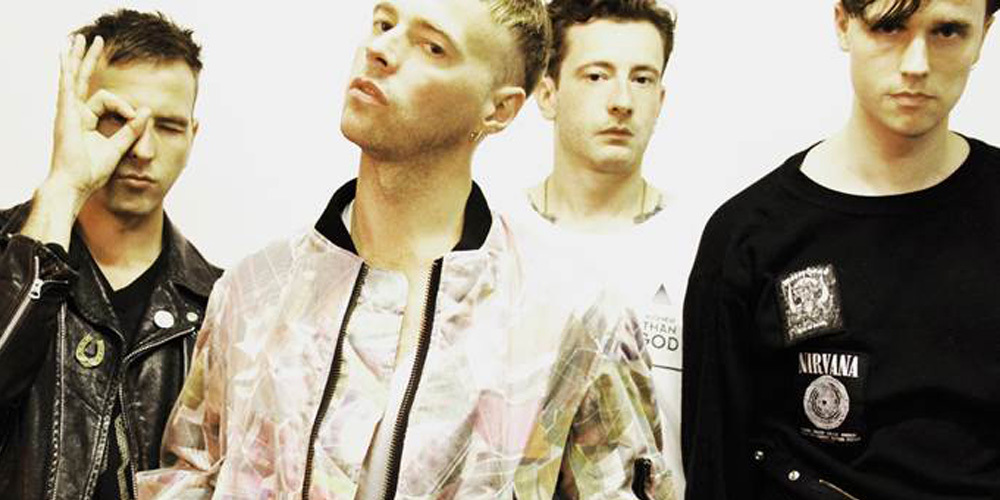 2005 Ulterior are formed in Nottingham by brothers Paul and Benn McGregor, with Paul taking on vocal duties.

2006 The band relocate to London and Paul Simmons is recruited on guitar, a drum machine is added, along with and a room full of white noise. The band makes its live debut on July 26th at legendary club-night ‘Nag Nag Nag’. Sonically, falling somewhere between Suicide, Spacemen 3 and The Jesus & Mary Chain.

2007 They record the single ‘Weapons’. An hypnotic, technoid blend of guitar, rhythm and ruse. The record is released by London based record label, Disc Error Recordings. The record is played on the radio by Rob Da Bank (Radio 1) and is used by Sony PlayStation. Karl Janus is recruited for additional synth duties and makes his debut in July. They are now driven by a vicious mechanoid foundation of synthesizers and drum machines; a move that sets Ulterior crucially apart from their contemporaries. The habitual degenerative filth aesthetic continues to spread its stroboscopic smoke filled showcase throughout the UK, attaining blistering live reviews in The NME, The Stool Pigeon and Vice Magazine.

2008 Ulterior start the year by supporting The Horrors at The London Astoria for the NME Awards Party, only months before the infamous venue is knocked to the ground. A new found alliance leading to a string of shows with Faris Badwan appearing on additional guitar duties. July, and Ulterior release their follow up EP simply entitled ‘15’. It is an uncompromising and self-proclaimed “unlistenable” selection of 3 tracks recorded and mixed by Zlaya Hadzic (Sonic Youth / Tortoise). Ulterior makes the radio waves once more, the title track is played by Tom Robinson, BBC Radio 6. Ulterior’s first brush with the US authorities comes with the title of their debut US release on Killer Pimp Records (A Place To Bury Strangers / Ceremony). Originally entitled ‘Kempers Heads — (A Small Collection For An American Audience)’ in reference to the serial killer Ed Kemper and his thirst for head collecting. Ulterior start ‘collecting’ American minds. The label fears a moral backlash and switches to the more watered down and unfortunately nonsensical title ‘Kempers Heads’. In March, the compilation of early releases, demos and remixes is released. A.R.E. Weapons remix Ulterior’s debut single and a aural alignment is formed. A.R.E Weapons are invited over by Ulterior from New York City in October for a double-bill UK tour. Their combined force creates a sonic tempest of shattering electronics that keeps both bands awake for 7 days, from London to Newcastle and back again (with MCG doubling up on synthesizer duties for the US trio). Adopting Motörheads “Everything Louder Than Everything Else” ethos, Simmons puts his guitar onto constant-feedback, and MCG re-calibrates the drum machine into a shuddering overdrive. It’s metal-machine-music for the hard of hearing. Ulterior slowly polish their noise and their ability to be loved and hated in equal measures. Ulterior support Faust in London to a particularly impressed (and legendary) Werner “Zappi” Diermaier, however, an unimpressed audience make themselves clear. November sees Ulterior kicked off a UK tour with US electro-clashers The Faint after 1 show for being “too loud”. Towards the end of the year Janus switches onto bass guitar.

2009 Ulterior start the year with their computer being stolen and all music having to be subsequently re-written, with anything not backed up either scrapped or forgotten about forever. However their fortune soon turns and Ulterior are asked to support The Sisters Of Mercy on their European tour. With bags packed and drum machine fully loaded Janus leaves the band on the eve of the tour citing personal health problems. Mickey J Ellis is recruited with 4 hours to go before the tour bus hits the road and off around Europe with Eldritch and Doktor Avalanche they go. Returning to the UK and sensing that something special is on the horizon, the quartet decide to “record a proper record”, this time with a 2nd generation drum machine, and once again with Zlaya Hadzic at the helm. July sees the release of double A side; ‘Sister Speed / Aporia’ with the sloganeering voice of McGregor and the slithering, seductive hooks shining clearly amid the storm for probably the first time. The band begin to dominate the London club circuit and decide to capitalise on the underground buzz by heading off to record their first LP. Ulterior part with Disc Error Recordings amicably, wanting more control over forth coming material, they relocate to Amsterdam from October 2009 — January 2010 to spawn their debut LP with band producer Zlaya Hadzic and 3rd generation drum machine. The band name the album ‘Wild In Wildlife’, inspired by an unhinged year of art survival.

2010 Early months are spent rehearsing and playing warm-up shows in Germany supporting post-punk pioneers UK Decay. Ulterior’s European audience continues to grow, particularly in Germany and the UK. Ulterior are asked again to join The Sisters at Leamington Spa Assembly Hall to reignite their kinship and burn through one more night of drum machine driven truth. Returning to the wheel in October the 7” single ‘Sex War Sex Cars Sex’ is released. The band implements their newly found autonomy and ‘Speed Records’ is born as a catalyst for future releases. The single is arguably their finest recorded moment to date. The lyrics putting you square in the middle of a sexual cold war stand off, with your foot on the accelerator endlessly speeding for the horizon. The words “Sex, War, Sex, Cars, Sex…“seeming to echo on forever and helped along the way with a schizophrenic remix by The March Violets very own Si Denbigh. Ulterior support The March Violets at Islington Academy to a packed venue and are embraced by fans of Leeds finest.

2011 Ulterior kick start their year with their long awaited debut album ‘Wild In Wildlife’ with a front cover sleeve by the established English contemporary artist — Guy Denning. Club filling anthems ‘Dream Dream’ and ‘Catherine’ along with the brooding and instantly iconic ballad ‘Big City Black Rain’ are topped of with the epic and penultimate title track ‘Wild In Wildlife’ helping to catapult Ulterior onto bigger and brighter things. Again, their forward thinking setting another new trend, this time for an electronic rock ’n’ roll combined with stadium filling pop-production, all anchored to tormenting synthetic pulses and twisted synthesizer brutality, Paul’s lyrics now evoking an extreme personal gravity. Ulterior tour the UK and Europe packing clubs with their now family-like and verging on tribal fan-base — “If life is to fix, fuck the cure — live sick”

2012 Beginning the year with a sold-out showcase of new material at London’s Hoxton Bar & Kitchen, Ulterior keep their foot firmly on the gas and are bloody-minded in their intent on getting another album out to their fans at their earliest convenience. They begin to refine a set of new ideas and demos in their Hackney based studio putting all live shows on ice.

2013 ‘The Locus Of Control’ is released as the first single with a video shot by Ben Robinson. Immediately gaining press by Luke Turner of The Quietus: “London-based fourpiece Ulterior continue to fly the flag for goth pop pomp with this new video for ‘The Locus Of Control’, a track taken from their forthcoming second album The Bleach Room, due via Pledge Music next year — for more info on that, go here. It sees Ulterior doing what they do best: following the tradition set down by Sisters of Mercy in the early 80s, but so rarely embraced by non-Continental European groups, and given a fresh edge.” The Bleach Room is released (Digital, CD, Vinyl) and stands as a dramatic showcase of Ulterior’s infamous brand of psychotropic overdrive. The colour, the contrast and the saturation are running on full blast and a burgeoning powerhouse of ice-cold motorik rhythms blend together synthesizer-hacked landscapes forming a glittering and completely uncompromising ten tracks of static-laced techno-pop; panoramic and mute. No magic or “vibes” are used in the recording. This is man and machines, soulless and pure. ‘The Bleach Room’ viciously scratches out the lines between synthesizer and guitars, between metallic drums and aural assault. The lyrics commanding an urgent authority that fixate around the poison of supernatural ideologies on the human and no; your god does not escape a stoning. Ulterior ask the questions you are afraid to ask yourself. Recorded and produced by Robert Harder (Kylie Minogue, Neneh Cherry, David Byrne and Brian Eno) and is again mastered by Zlaya Hadzic, it is an album of forceful ambition and naked intent that stands to be loved or hated in an unequivocal Ulterior fashion. 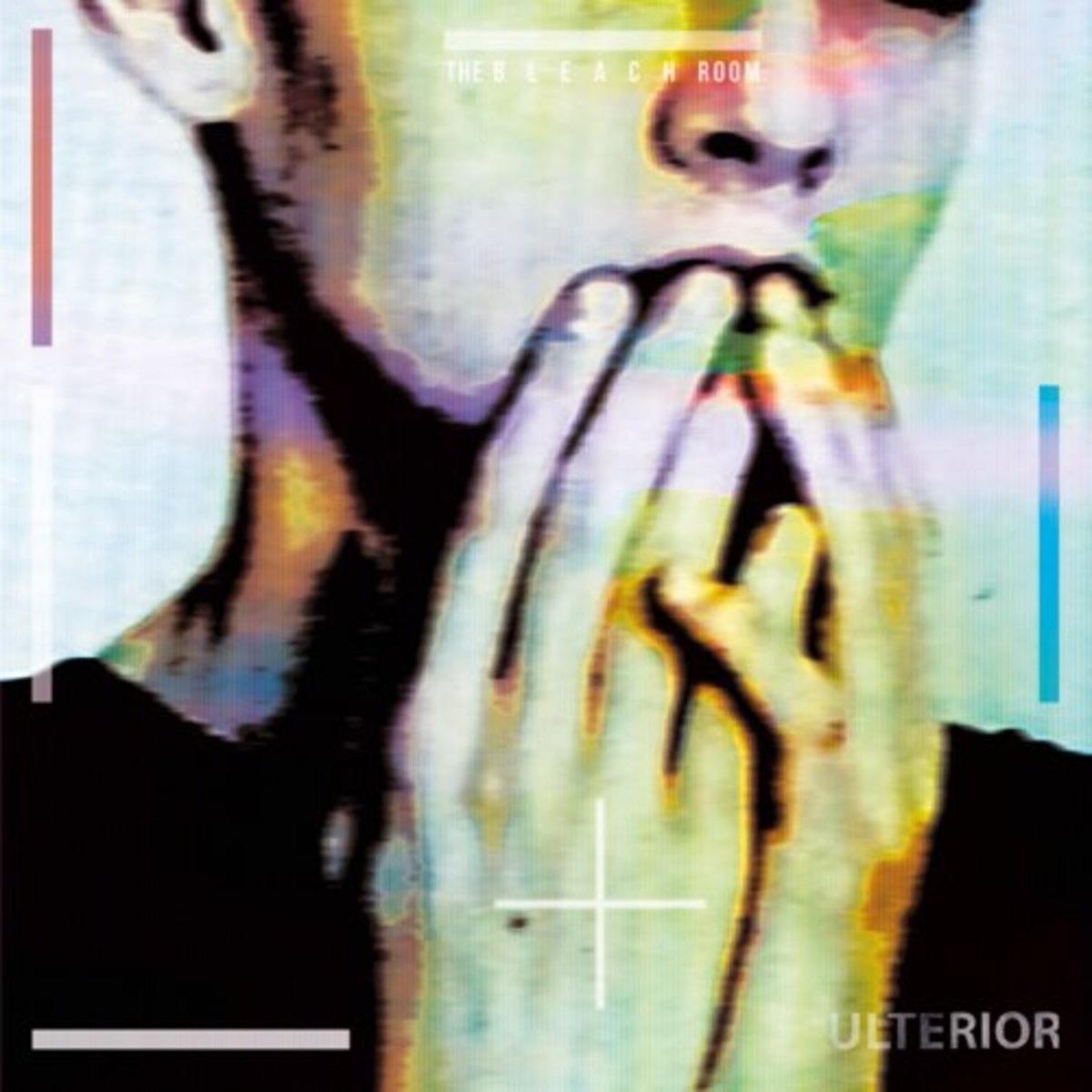