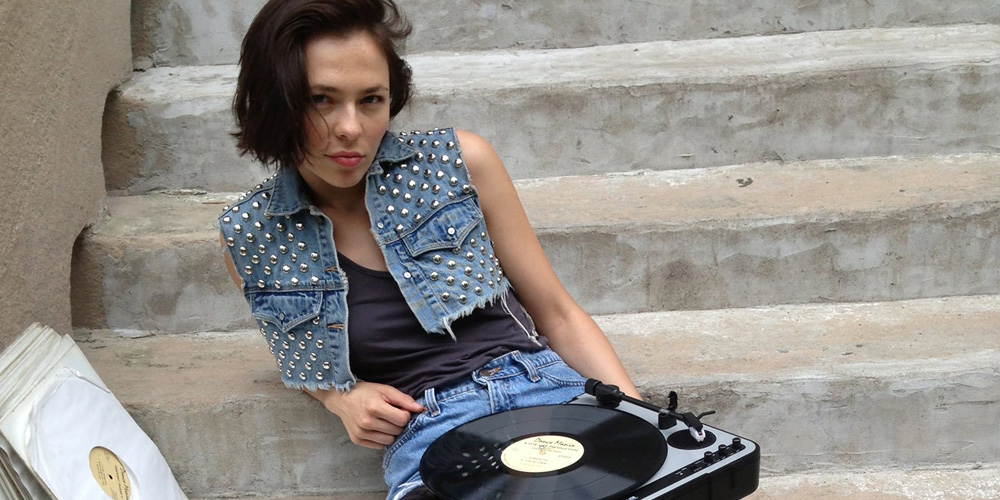 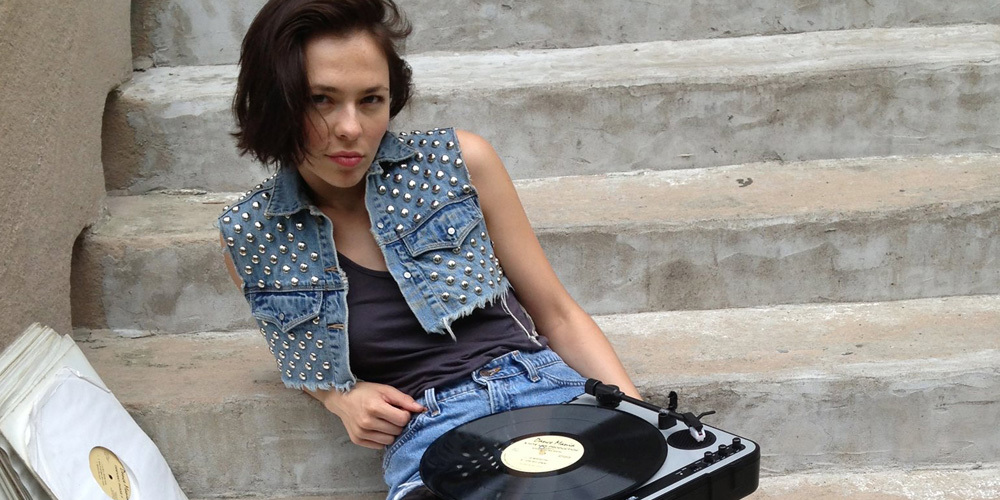 How much do you really know about Nina Kraviz? She’s a Russian techno DJ, an accomplished producer, one of dance music’s breakthrough names of the last five years. True enough, but there’s so much more to her story than that. She’s one of electronic music’s most interesting characters, someone who has stuck to her musical guns since day one, someone who has wide-ranging roots that run deep in the past, yet she’s also the embodiment of the future. Her signature sound is a raw blend of house and techno with a very acidic feel. If that feels very now, Kraviz has a lot to do with it.

Kraviz was born and raised in the Siberian city Irkutsk in Russia. Her dad is a passionate music collector and she grew up listening to jazz and psychedelic rock. In the late ’90s she heard acid classic ‘Downfall’ by Armando on the radio. It inspired her to set up her own radio show on a local station, focussing on techno, house and IDM. However, Irkutsk is about as far away from dance music’s centre of gravity as it’s possible to get, so even though she wanted to dedicate her whole life to music, studying to be a dentist in Moscow seemed like a more sensible plan. In Moscow, she spent her spare time working as a reporter for Russian music magazine Ptuch. “That opened my mind to an even wider range of music,” she says. “I started building up my own record collection that captured many of my music phases, from techno, house and space disco to rare funk and ’60s and ’70s soundtrack music that I started mixing in small clubs and bars. I also found myself a job at an event agency, throwing parties with Underground Resistance, and it was through this that I met people like Juan Atkins, something I could have only dreamed about when I was in Siberia.”

A turning point for Kraviz came in 2006 when she took part in the Red Bull Music Academy in Melbourne. “That was the place where, for the first time in my life, I started to feel confident and believe in myself” she remembers. In 2008 she started doing her own Friday night at the most important dance club in Moscow, Propaganda. It became one of the most important house and techno nights in the city. Kraviz brought in names such as Theo Parrish, Dopplereffekt, Mike Huckaby and many more. “That’s where I started to evolve as a DJ,” she says. “I built my own crowd and my sound started shaping up for real.” The same year Kraviz was signed to American DJ Jus-Ed’s Underground Quality label and released her debut single, ‘Voices’. The following year the ‘Pain In The Ass’ EP on Rekids helped push Kraviz onto the world stage. Alongside ‘I’m Gonna Get You’ and ‘Pain In The Ass, perhaps her biggest track to date is ‘Ghetto Kraviz’, her homage to Chicago’s Dance Mania label, taken from her 2012 self-titled debut album.

There are hypnotic and sensuous qualities to all the music this Siberian makes: it stems from the way she works, using her voice as an instrument and preferring to ”record from the first take, because that is how I can capture the moment. The vibe. The feeling.” Listen to deep, stripped back but emotionally resonant tracks like those that made up her self titled debut album and you will find it hard to disagree. There is something in Nina’s music that stands it out from the crowd — an intimacy and honesty maybe, but always is it unique and creative.

With a long time passion for house and techno that dates back to her days as a journalist, Kraviz is first and foremost a DJ, and one engrained with the roots of her first love — Chicago house and Detroit techno. Her hunger to dig deep into the archives of House & Techno balances all of her sets perfectly between now and then, introducing her fans to where this scene has come from and where it might be heading. This unique sound and uncompromising attitude has led to Kraviz becoming one of the most in demand artists in the world, playing at major festivals like the Amsterdam Dance Event, Coachella, Sonar, Decibel, Awakenings and DEMF, as well as landing a much-coveted residency at Richie Hawtin’s ENTER. project at Space in Ibiza plus regular appearances at clubs including Berghain, Fabric and The Warehouse Project.

In January 2015 Kraviz is set to release the latest instalment of !K7’s landmark ‘DJ Kicks’ series. The result is up there with the best in the ‘DJ Kicks’ back catalogue. It’s a sublimely crafted set, deep and trippy, like you’ve tuned into a mysterious pirate radio station in the dead of the night or stumbled across a stream from an illegal party. “People probably know me for my Dance Mania-inspired, stripped down jacking groove style of DJing,” she says “but the idea behind this particular mix was to create more of a trippy underwater vibe. A mysterious, sonic journey, inspired by the times I used to listen to late night radio growing up and imagine that all the sounds brought to me via the radio waves came directly from space.” It ranges far and wide from house to IDM, from ambient to techno, but at the same time it sounds like one story.

Key to everything Kraviz does is her own unique expression, her transmission of real and often raw feeling. Not constrained by genre when producing or DJing, for her good music is good music, there is no separation. 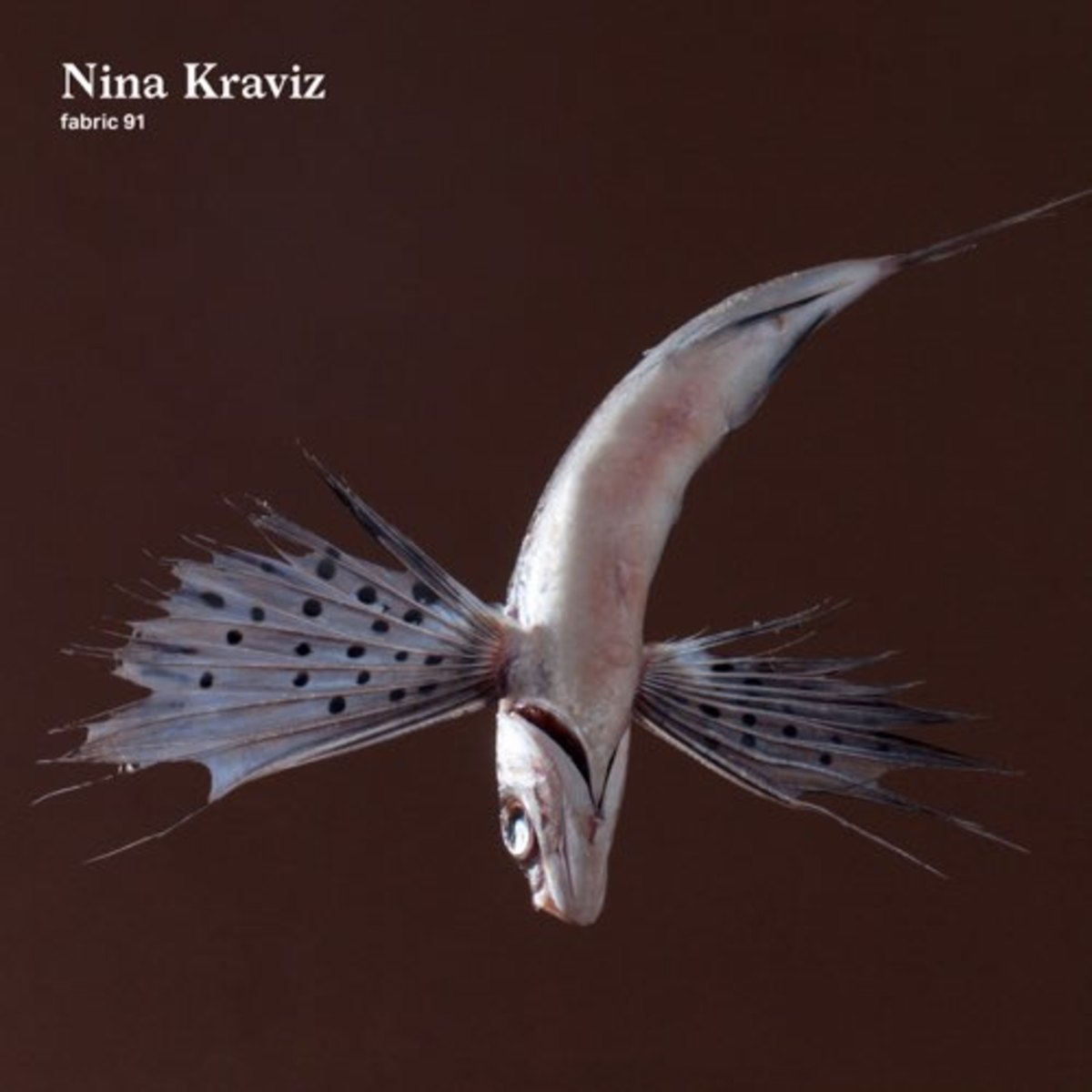