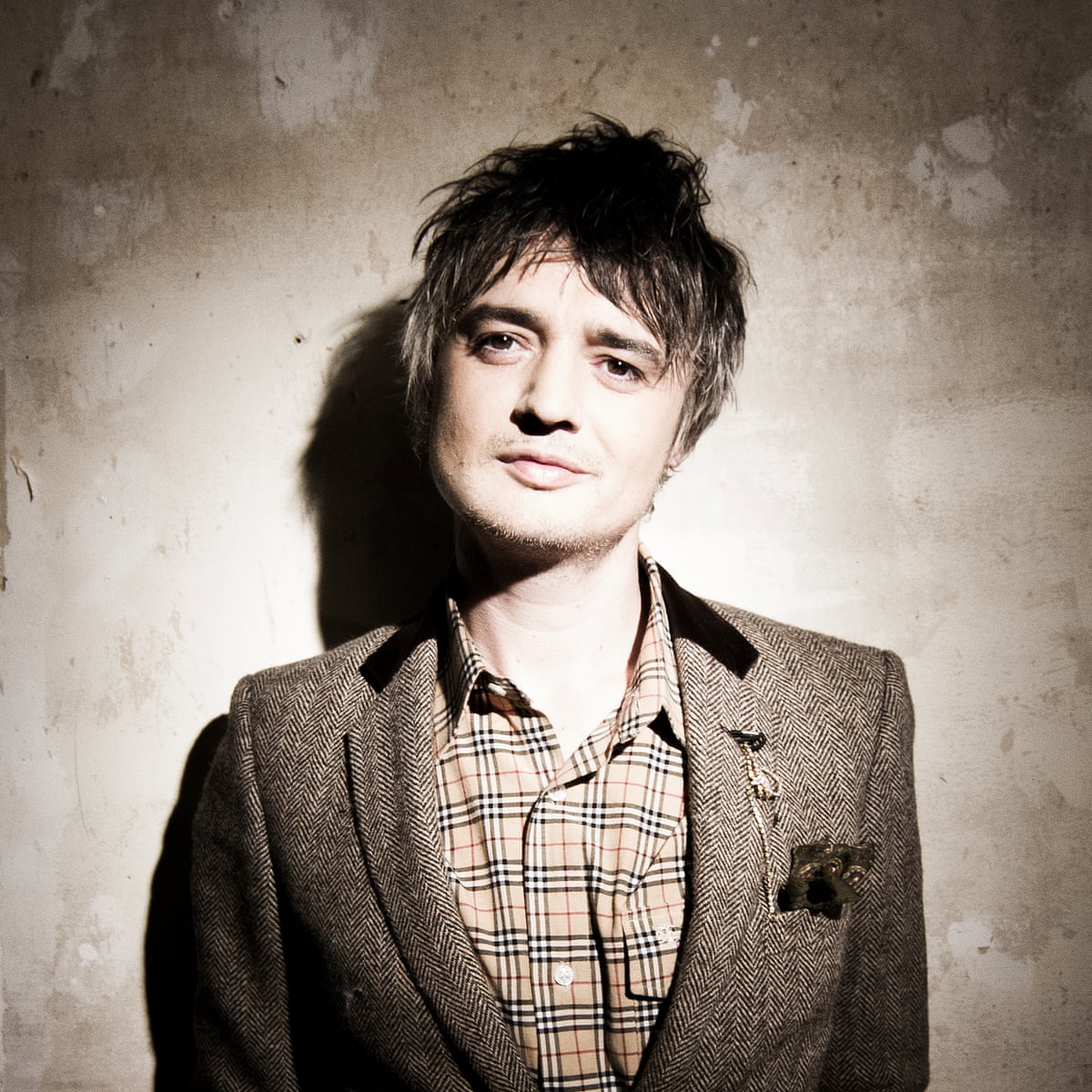 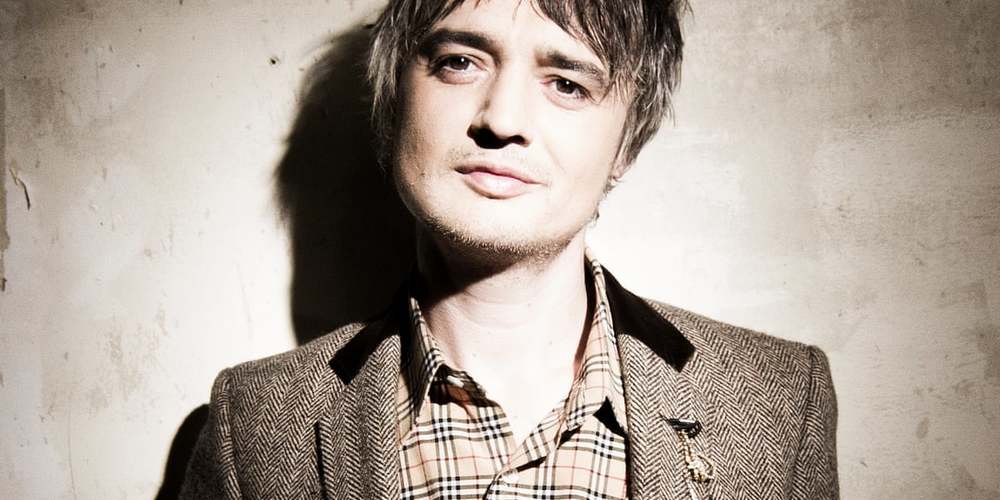 Think you know Peter Doherty? Think again. Vilified by the world’s press and written off at every turn, Peter Doherty finds himself constantly at the centre of a media maelstrom, a frenzy that bombards his private life with allegations, accusations, invasions and intrusions. They say that it’s calmest in the eye of the hurricane, and that’s where you’ll find Peter; coolly strumming his guitar while the storm around him carries him ever closer to Arcadia.

That quest for utopia still propels Peter in everything he does. It started with The Libertines — Peter ‘n’ Carl on the good ship Albion, sailing devotedly through a life with no restrictions, where “if you’ve lost your faith in love and music then the end won’t be long”. Millions joined the adventure — spellbound, enraptured and completely won over by the idealism of an enterprise so impulsive and exciting that it changed the course of British music at the turn of the new millennium. London was radiant in the splendour of The Libertines’ reign, and Peter Doherty was the people’s poet.

After Peter and Carl went their different ways, Peter found himself canonized by other artists who saw in him the heart of a bohemian with the face of a cherub. He became the muse for fashion designers inspired by the romantic notions of a new and elegantly wasted England — Hedi Slimane, Dior’s then head of menswear, shot and documented Peter for a year, calling him a “genuine and different talent”; Gio-Goi, meanwhile, invited Peter to create his own collection for their spring/summer ’07 range. Peter became a fashion icon in his own right, effortlessly mixing vintage chic with high-end couture.

With Babyshambles, Peter Doherty is free to test the limits of his creativity. His band — sometimes capricious, always electrifying — swagger through styles and sounds to create the perfect blend of organised chaos as a backdrop to Pete’s studied lyrics; the distillation of his thirst for poetry and literature. Two albums in (with a third on the way, a “belter” according to Peter), Babyshambles have defied their critics to become everything that rock and roll in the 21st Century should be: dangerous, provocative, edgy and unpredictable. With Doherty at the helm, what else could they be?

Born in Northumberland, Peter’s childhood was dislocated , an Army father meant numerous hometowns and schools , therefore finding and keeping friends proved difficult. His passions gave him comfort — QPR, Hancock’s Half Hour, Billy Liar — while his inspirations kept him company — Dickinson, Baudelaire, Orwell, Rimbaud, Verlaine. The Smiths opened his ears to music, and The Strokes sealed his fate. A guitar would always be the only friend he’d ever need.

On 12th March 2009, Peter Doherty will turn thirty years old. He capped the last year of his twenties by exhibiting his artwork in Paris, and selling out his solo show at London’s renowned Royal Albert Hall. Four days after this auspicious occasion, another milestone will be reached, one which Peter is clearly more apprehensive about — the release of his first solo album, ‘Grace/Wastelands’ out on March 16th.

Those who follow or attempt to keep up with the prolific flood of music that overflows from Peter’s imagination might recognise some of the songs on the album from demos he’s previously released or from bootlegs of live shows where he’s performed them. The rest, however, were given life over the past year as Pete split his time between his homes in Wiltshire and Paris, and finally recorded for posterity in Olympic Studios in London with producer Stephen Street (The Smiths, Blur)

Putting out an album with only his name on the cover, says Peter, is one of the most frightening things he has ever done, and his self-absorption in the project has brought to the surface some deep-rooted fears. “They kept telling me in rehab that I had self-esteem problems, so I went along with it, but it didn’t really register,” he admits. “But now, I can really see that, because I don’t really believe people when they tell me that they love the record or they enjoy listening to the songs. Maybe I’m just warped, you know?”

Peter veers through a dichotomy of apprehension and pride when talking about his solo album. Tellingly, his main source of confidence reveals itself when he discusses the collaborators he worked with while making it. Dot Allison co-wrote and sings on ‘Sheepskin Tearaway’, and his Babyshambles bandmates play throughout, but the biggest impact on the album was the inimitable presence of another unique English artist. “Graham Coxon ended up playing on most tracks,” Peter beams. “He was probably in the studio more than I was, to be honest,” he notes with a wink.

Brought in at the suggestion of Stephen Street, Coxon lent proceedings an air of authority, and instilled in the music his pedigree and refined studio nous. For his part, Doherty was reeling in awe at his one-time hero. “I remember when I was about fifteen and still listened to Pet Shop Boys and Chas And Dave,” Peter remembers, “and some lad at school who was a bit of a mod lent me a Blur tape and it had on it a song called ‘Bank Holiday’. I was like, ‘What’s this?’ I said to him, “I liked that tape but that one song, it’s a bit fast.” And he said, “Yeah, it’s punk. It depends what mood you’re in.” [Clicks fingers] And then something sort of clicked in me. I’ve always liked Coxon, it seems, and I don’t know why.” The feeling was mutual. “I was absolutely horrified when he said he was actually a fan of some of the things I’ve done,” Peter grins.

Fittingly, this new chapter begins with an ode to Peter’s paradise. “In Arcadie a life trips along / Pure and simple as the shepherd’s song”, we’re told in ‘Arcadie’, where fragile acoustic guitars are backed only by brushed drums. But in typical Doherty fashion, perfection can be fleeting: “See how quickly twisted it becomes”, he warns. ‘Last Of The English Roses’ is the first single to be released. It pays tribute to a girl who, since their days in the playground, cruises on the same wavelength as Pete — “She knows her Rodneys from her Stanleys / Her Kappas from her Reeboks”.

Elsewhere, there’s another glimpse of the past, as a previous Doherty/Barat union is unearthed. ‘A Little Death Around The Eyes’ is, Peter considers, 80/20 his, though the line “Your boyfriend’s name was Dave / I was bold and brave” came courtesy of Carl. Speaking of which, could he be the protagonist in ‘Sweet By And By’ that Pete sings to? Does this deceptively sprightly 1920’s piano frolic reminisce over their once tight friendship? “Was it so long ago / When we first hit the road / I remember those earliest shows”, he recalls, but is now left estranged; “You left me wondering if love’s just a lie… all I do is hang my head and cry”.

The aforementioned ‘Sheepskin Tearaway’ has survived various live incarnations, which is testament to the allure of Dot Allison’s smouldering voice draping itself around Peter’s. The tragic love song is transparent in its detail, and sincere in its sentiments; “She opened her heart to a tearaway / He was covered in scars and full of heroin”. It’s a tenderness that continues through the final track and title track ‘Lady, Don’t Fall Backwards’, as Peter offers softly and adoringly for his girl to fall into his arms. It’s an idealistic vision of passion and trust where redemption is found in the sanctuary of love.

So, having laid himself bare, Peter has left himself open for critical analysis, but, for once, he is ready for it. “I’m really curious to find out what people honestly think of [the songs] , particularly critics, because in a way you can kind of bank on certain people’s opinions, you know? You know that if someone’s into you then they’re into you, whereas critics are gonna look at it less subjectively and pick holes if you like. That’s what I’m waiting for really.”

Take this album for what it is — a brave exploration of one man’s soul, and an excavation of a heart left desolate — and judge it on its merits, rather than the distortions of truth we and Peter are forced to endure. “I’ve learnt that there’s nothing in my day to day life or anything that I do that is in any way aimed at changing how I’m perceived or how I’m presented,” he sighs. “It’s completely impossible.” 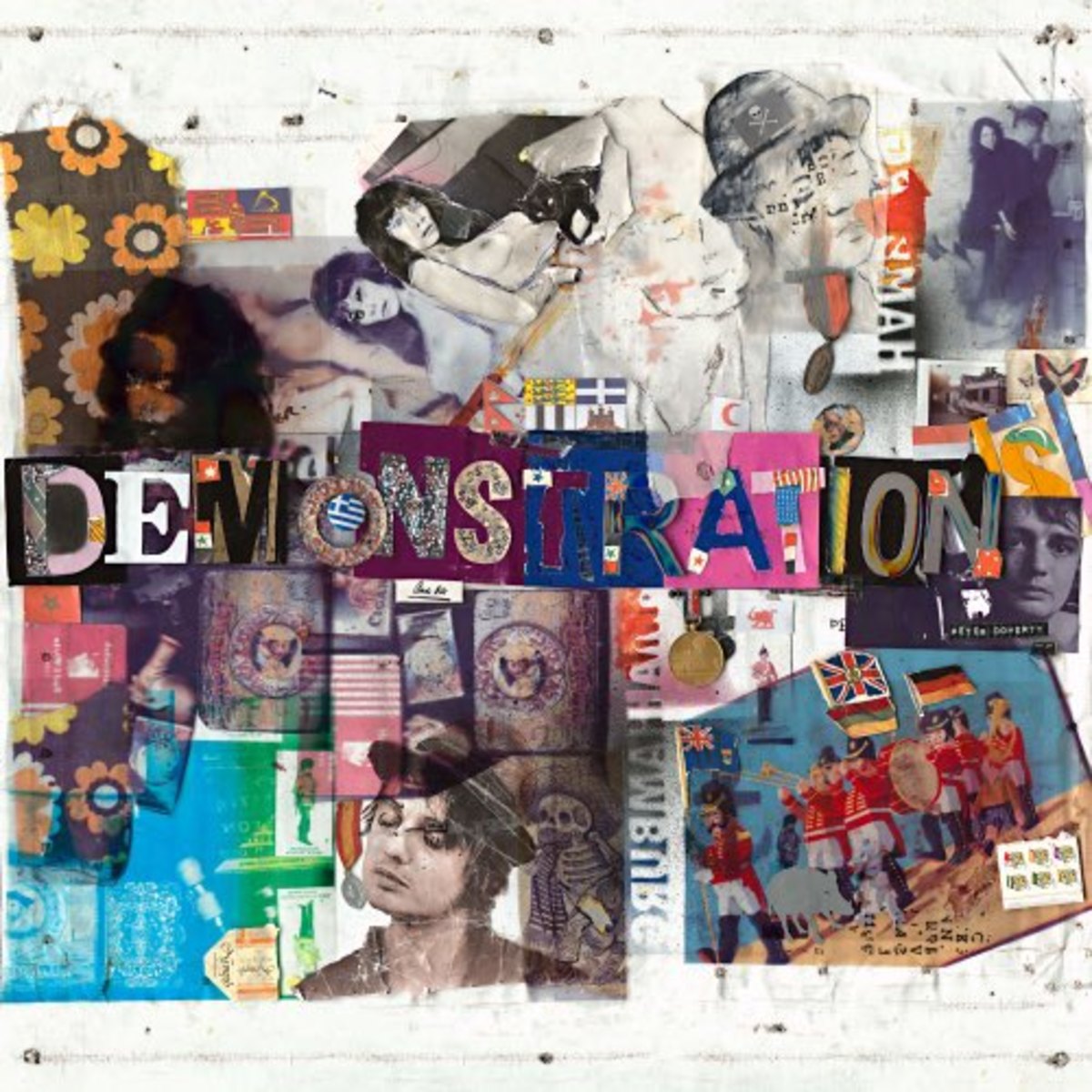 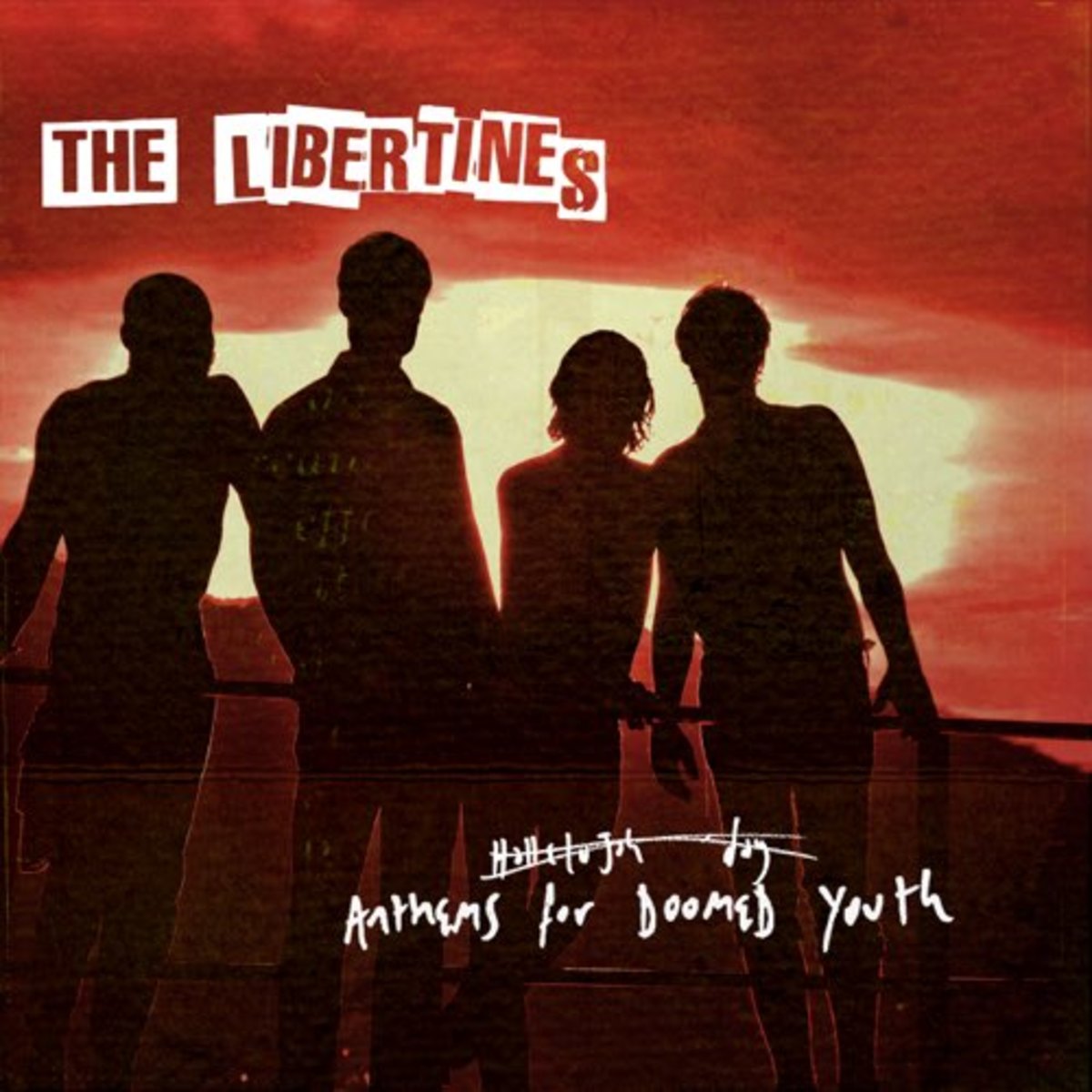 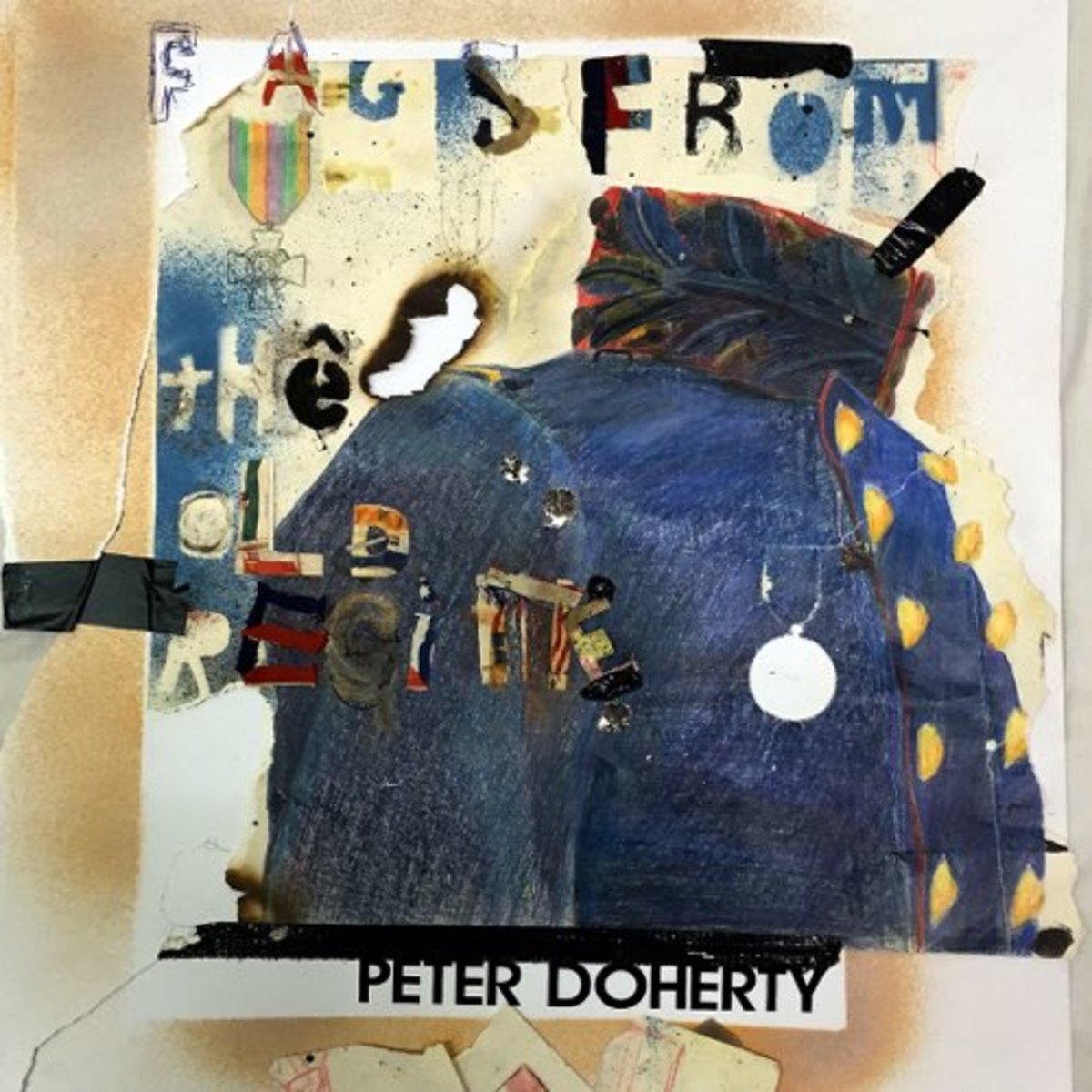 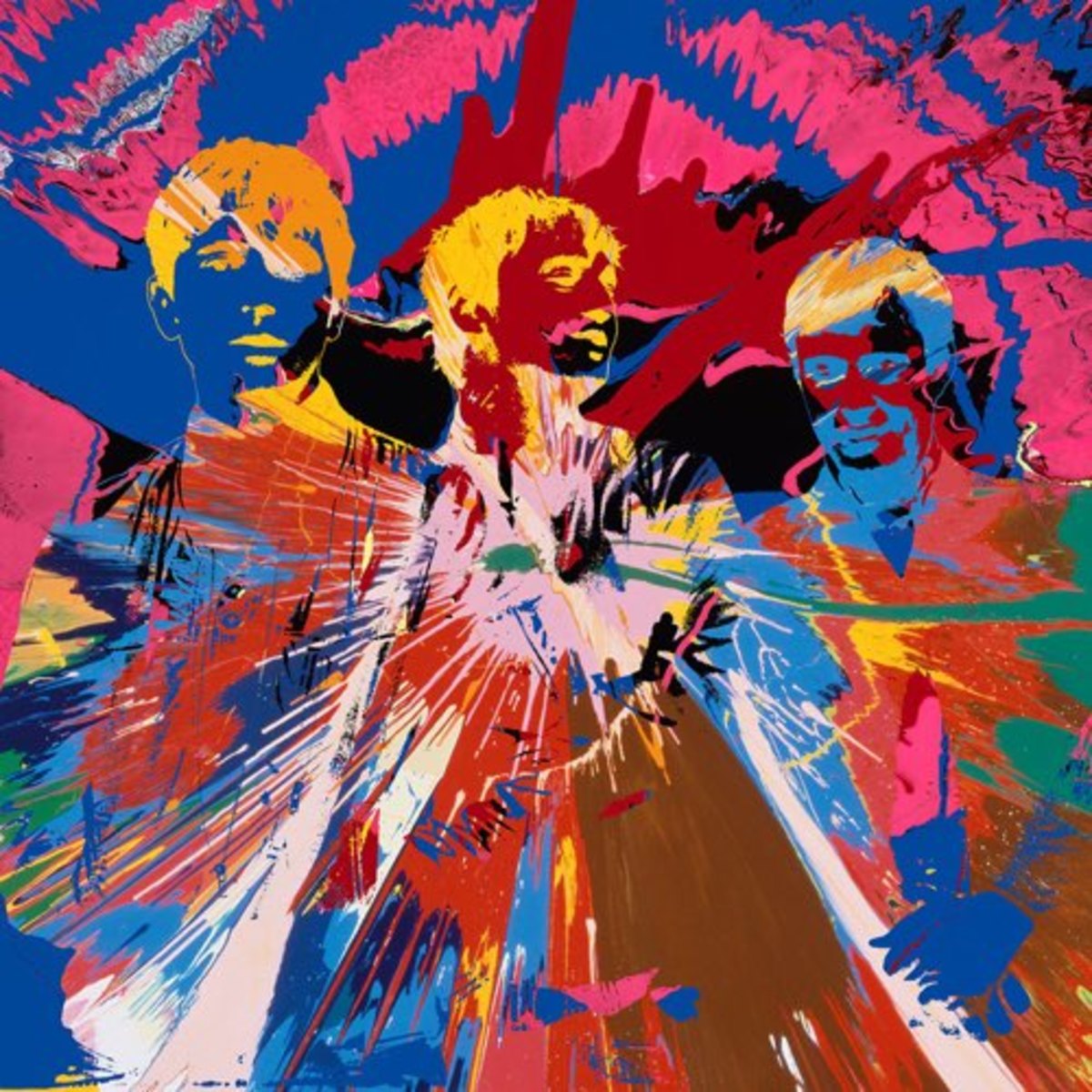