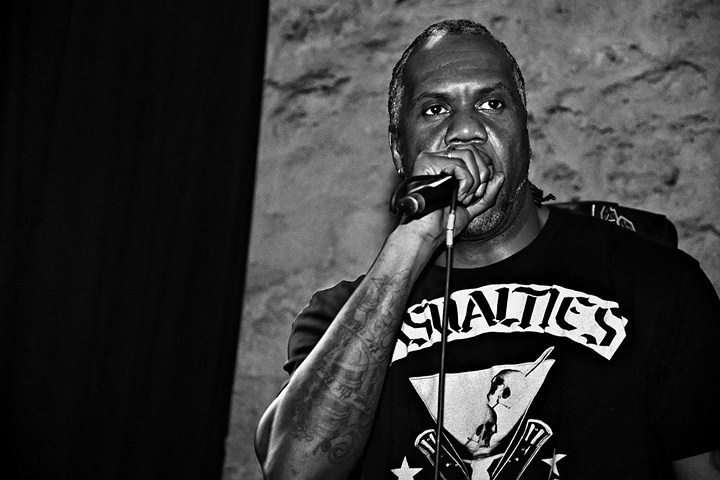 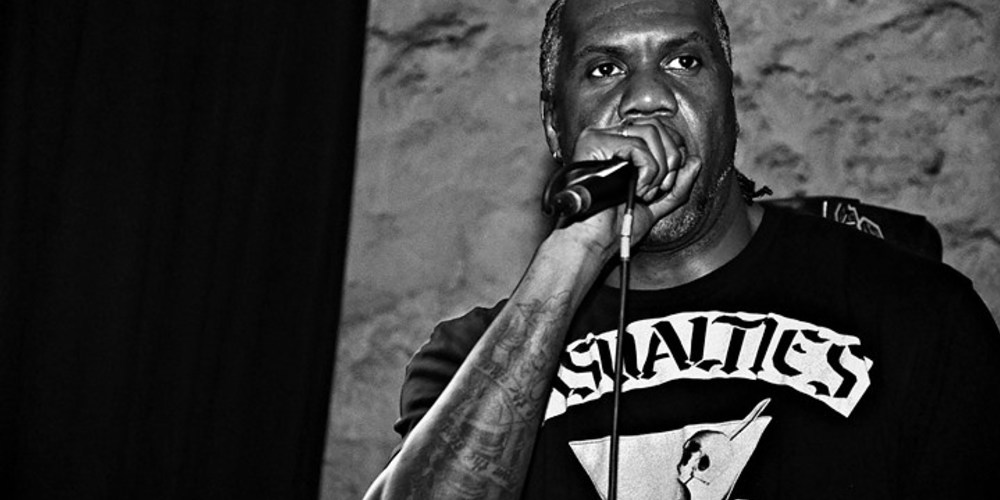 MC SPYDA AKA “BLACK TARANTULA” is a legend in the game and respected globally for his unique vocal technique and delivery. Originally a dancehall MC, his first record was made whilst on holiday in Antigua at the age of 11 when he hooked up with Colin Ellis AKA Natty of the Supatone Soundsystem. Picking up the mic in the early 80’s back here in the UK, Spyda was quickly pushed to the forefront of the soundsystems with his recognisable reggae influenced style of MCing.

His first D&B release ‘Mo Fire’ by Bad Company and The Rawhill Crew got him on many people’s radars and soon he was making tracks with the likes of DJ Fresh, Benny Page, Matrix & Futurebound and Aquasky. But it was his guest vocal and the use of his alias ‘Black Tarantula’ that got him noticed by the mainstream when he appeared with Pendulum on their debut album ‘Hold Your Colour’. Impressed with his professionalism, Rob Swire asked for him to add his vibes to his recent Knife Party project, bringing him to a new audience of EDM enthusiasts across the globe.