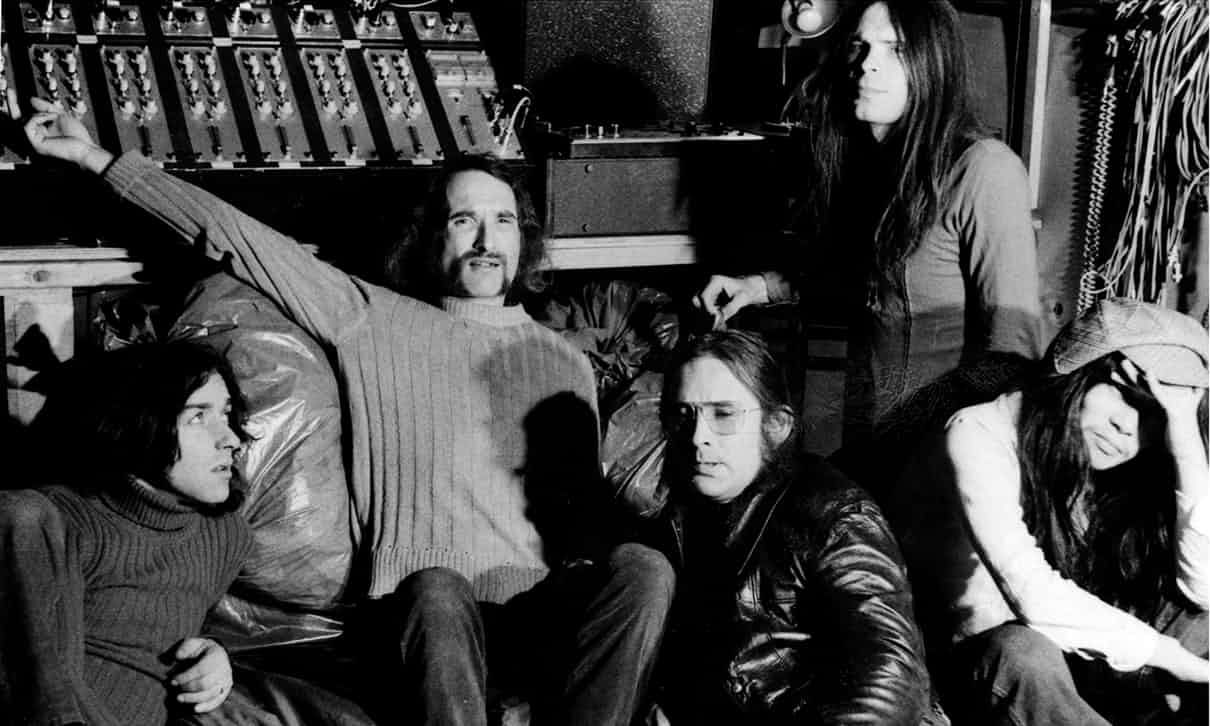 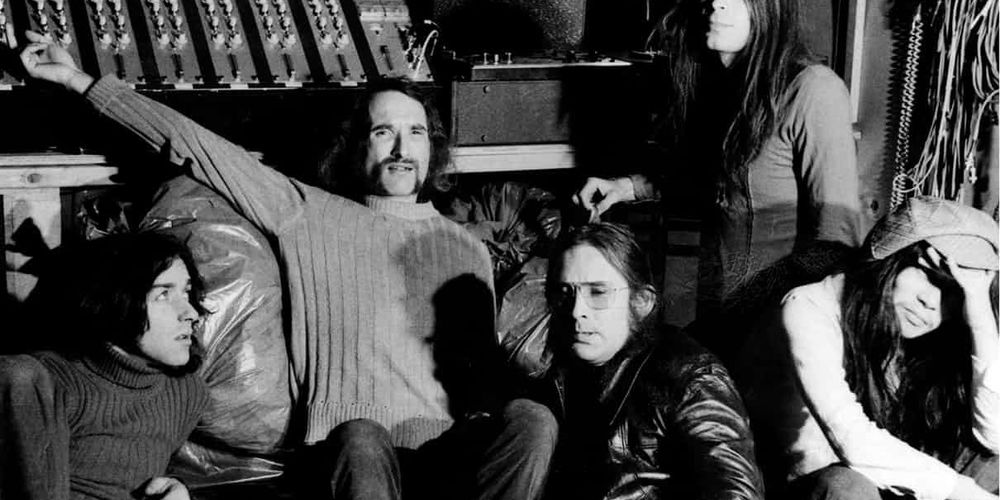 The nameless collective had established its first studio, Inner Space, at the castle when American sculptor Malcolm Mooney, visiting Irmin and Hildegard Schmidt, joined the band. His intuitive drive led the musicians toward a unique take on rock music and the track Father Cannot Yell originated from one of these early sessions. David Johnson, who by then had become the band’s sound engineer, left at the end of 1968. Around this period, the lack of a name was solved by Mooney and Liebezeit who came up with The Can.

The first Can album, Monster Movie (1969), defined Can music. Played and recorded spontaneously and driven by repetitive rhythms, the album was recorded directly on to a 2‑track machine and then extensively edited. Soundtracks featuring film scores from 1969 and 1970, was the next album. Just after the record was released, Malcolm Mooney left the band and returned to the U.S. The Mooney era is extensively documented on Can — Delay, released in 1982.

In May 1970, Japanese singer Kenji “Damo” Suzuki joined Can after being spotted by Holger Czukay and Jaki Liebezeit busking in Munich. The very same evening he performed with the band at the Blow Up club.

In December 1971, Can founded the Can Studio — known as Inner Space until 1978 when Can soundman René Tinner took over running the operation — in a former cinema in Weilerswist, close to Cologne. All subsequent Can albums were produced there except Rite Time. The studio has now been painstakingly disassembled and is being reconstructed to scale as a working exhibit at the German Rock’n’Pop Museum in Gronau, near the Dutch border.

The period 1970–2 was a breakthrough time for the band with Tago Mago (1971) impressing critics in England and France as well as Germany. Ege Bamyasi, released in 1972, featured the track Spoon, the theme tune for the crime thriller Das Messer and also the band’s first chart success in Germany. The track, which was the first time that Can used an early version of a drum machine, led to a Goldene Europa TV award in recognition of Can’s soundtrack work. Ege Bamyasi also included the music from another TV crime series in the form of Vitamin C.

The success of Spoon inspired the band to try to reach a wider audience which led to the Can Free Concert. The event was filmed by Martin Schäfer, Robbie Müller and Egon Mann for director Peter Przygodda at the Cologne Sporthalle on February 3rd, 1972. British music weekly Melody Maker wrote: “Can are without doubt the most talented and most consistent experimental rock band in Europe, England included.” French magazine Rock & Folk portrayed Can’s music as “one of the most impressive musical experiments offered by contemporary bands.”

Future Days (1973) was the last Can album with Damo Suzuki. First Michael Karoli took over the vocal duties, followed by short interludes with a succession of singers, among them Tim Hardin. The recording of Soon Over Babaluma that same year marked the end of the era of recording straight onto 2‑track. Landed (1975), was the first Can LP to be produced using multi-track technology. The album led Melody Maker to call them “the most advanced rock unit on the planet.”

Double album Unlimited Edition (1976) was an extended version of a release that had quickly sold out as Limited Edition two years earlier. Among the tracks were the multi-facetted experiments known as the Ethnological Forgery Series (EFS). Flow Motion, also released in 1976, featured the disco hit I Want More and saw the band performing on UK primetime hitshow Top Of The Pops. The following year Can was augmented by ex-Traffic rhythm duo Rosko Gee (bass) and Reebop Kwaku Baah on percussion.

Holger Czukay had retired as a bass player and on Saw Delight was in charge of “special sounds”. His new instrument was a shortwave radio receiver; while his idea to create new impulses for the musical process via radio signals didn’t fit within the new Can structure, it became the basis for his first solo album, Movies (1979). The next Can album, Out of Reach (1978), was recorded without Czukay, who had left the band in May 1977, during the final Can tour. On the last show of the tour, in Lisbon at the end of May, Can performed in front of 10,000 fans. The double album Cannibalism (1978) was not just a “Best of .…” compilation, it was in fact, an early indication that Can’s reputation would continue to grow.

The British avant-garde and several punk acts were deeply inspired by Can. Speaking for many, Pete Shelley (Buzzcocks) is quoted on the Cannibalism cover: “I never would have played guitar if not for Marc Bolan and Michael Karoli of Can”. At the end of 1978 the band released Can. Meanwhile Michael Karoli built the Outer Space Studio studio in France, close to Nice. It was there in November 1986 that the original Monster Movie line-up got together again, with vocalist Malcolm Mooney to record Rite Time. The album was released in 1988. The band assembled again at the Can Studio with the same line-up minus Holger to record the track Last Night Sleep for Wim Wenders’ film Until the End of the World.

In May 1997, the remix CD Sacrilege provided further evidence of the durability of Can’s music. For this tribute, prominent representatives of the techno, dance and ambient scene reworked 15 classic Can tracks. Ironically, the importance of Can’s contribution to the wider musical pantheon was summed up by Andrew Weatherall who refused an offer to remix a Can track for Sacrilege: “I love to remix other people’s work. But Can? No way. You don’t touch music that perfect. There is nothing to add or take away.”

The band’s chosen means of celebrating its 30th anniversary in 1999 was characteristically original. Eschewing a reunion tour as too obvious, and, more importantly, as being against the spirit of the group, the Can Box and the Can-Solo-Projects tour were the ways in which the group marked the occasion.Can Box includes recordings from the period 1971–77, a tri-lingual book featuring a comprehensive group history, interviews, reviews and photos by Hildegard Schmidt and Wolf Kampmann plus a video with both the Can Free Concert film by Peter Przygodda, and the Can Documentary by DoRo-film.

The Can-Solo-Projects tour, which featured Holger Czukay & U‑She, Jaki Liebezeit’s Club Off Chaos, Irmin Schmidt & Kumo plus Michael Karoli’s Sofortkontakt!, started on March 19th 1999 in Berlin at the Columbia Halle. The tour was so well received that a second leg was organised for September 1999. This went ahead without Holger Czukay who was obliged to pull out at the last minute due to unforeseen circumstances.

Can worked together for the last time in August 1999 at Irmin’s studio in Provence with Jono Podmore, to record a cover-version of The Third Man theme (from the film of the same name) for the Pop 2000 compilation released on Herbert Grönemeyer’s label Grönland/EMI.

On November 17th, 2001, Michael Karoli died after a long fight against cancer.

In March 2003 Can received the most prestigious prize that the German music industry can offer: the Echo award for lifetime achievement was presented at an awards ceremony in Berlin. Herbert Grönemeyer, one of Germany’s most famous artists, made the official speech while Brian Eno sent in a short, witty film about the group. The prize was handed over by the Red Hot Chili Peppers whose guitarist John Frusciante also spoke of his appreciation and respect for Can’s music.

The remaining members of Can are all active as both solo artists and collaborators. 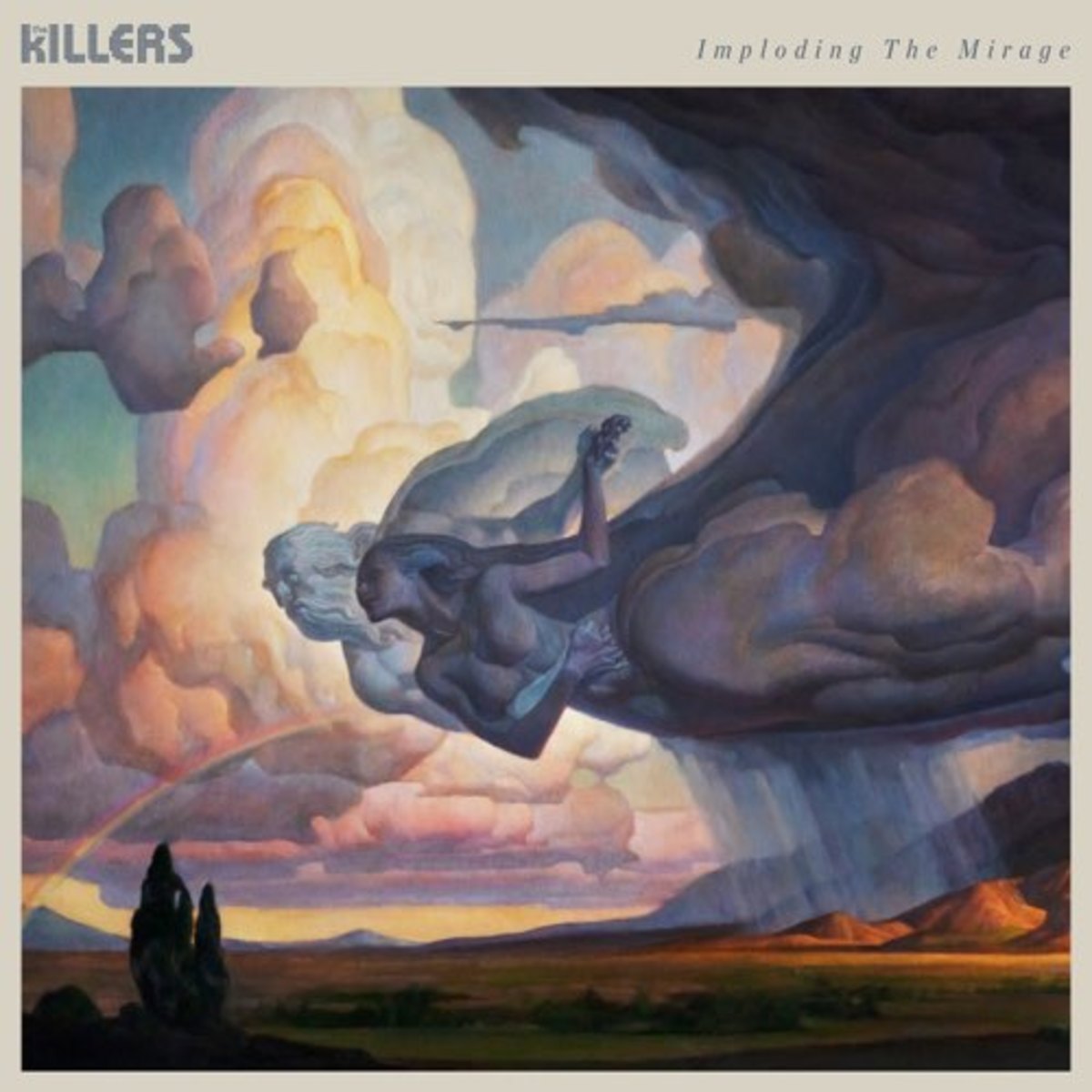 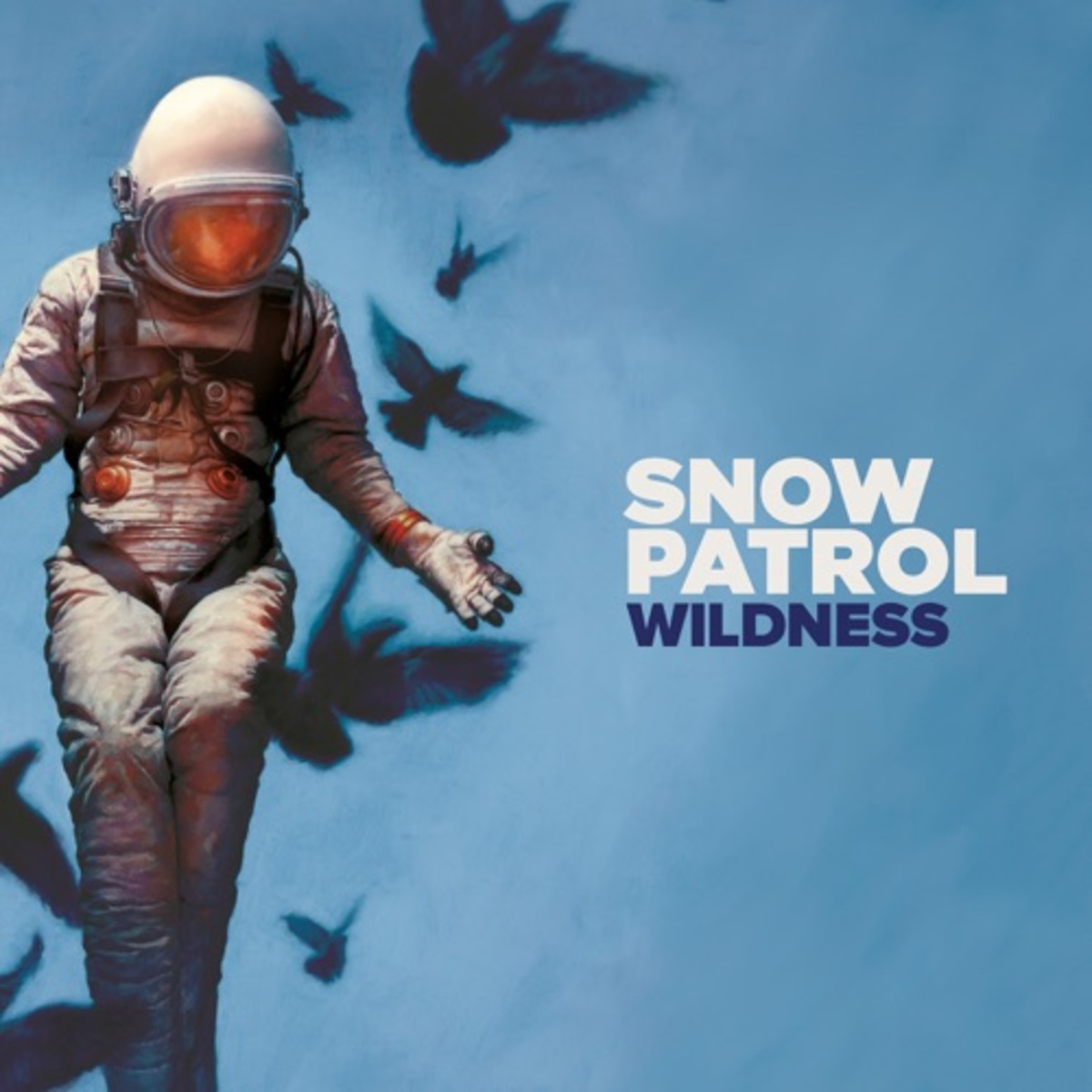 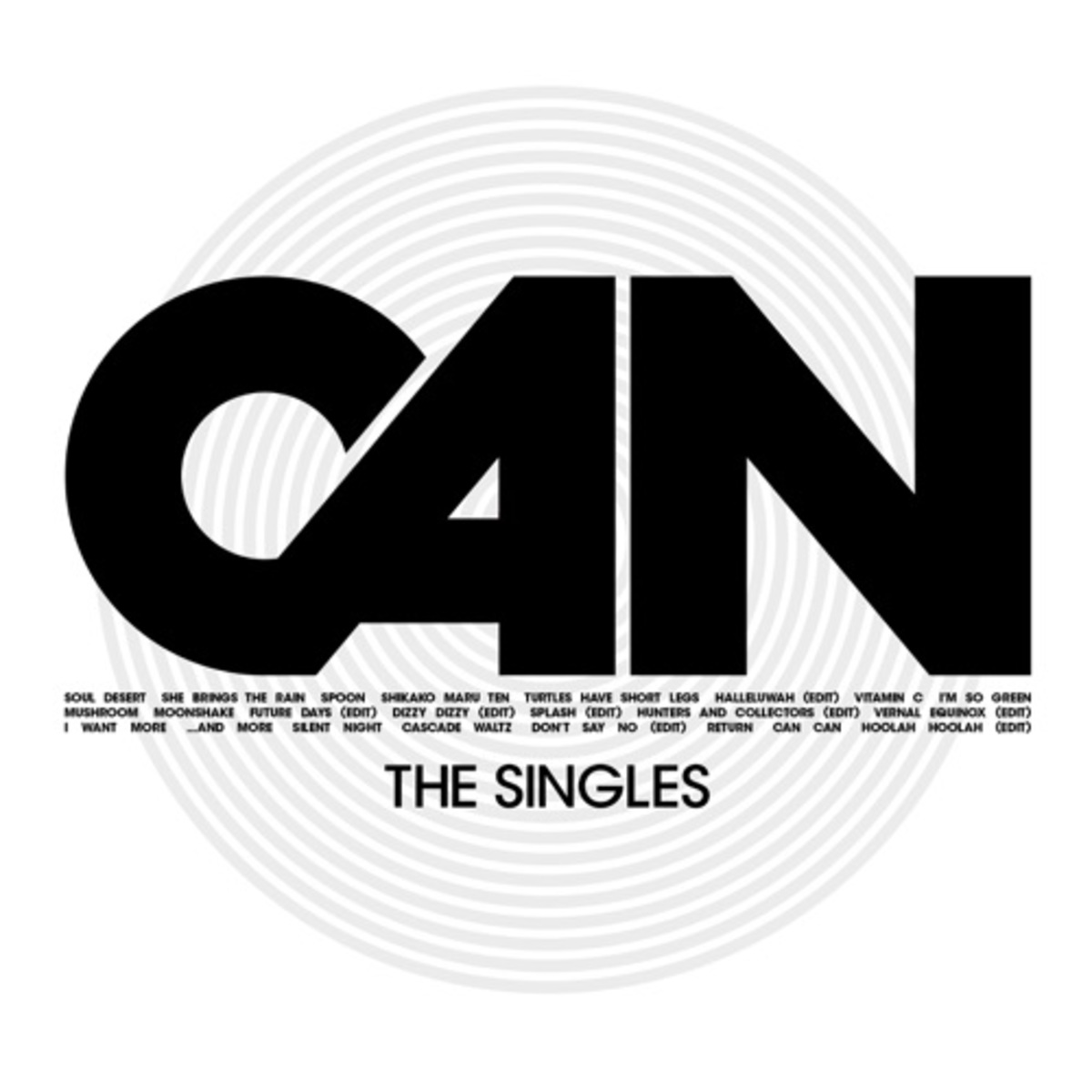 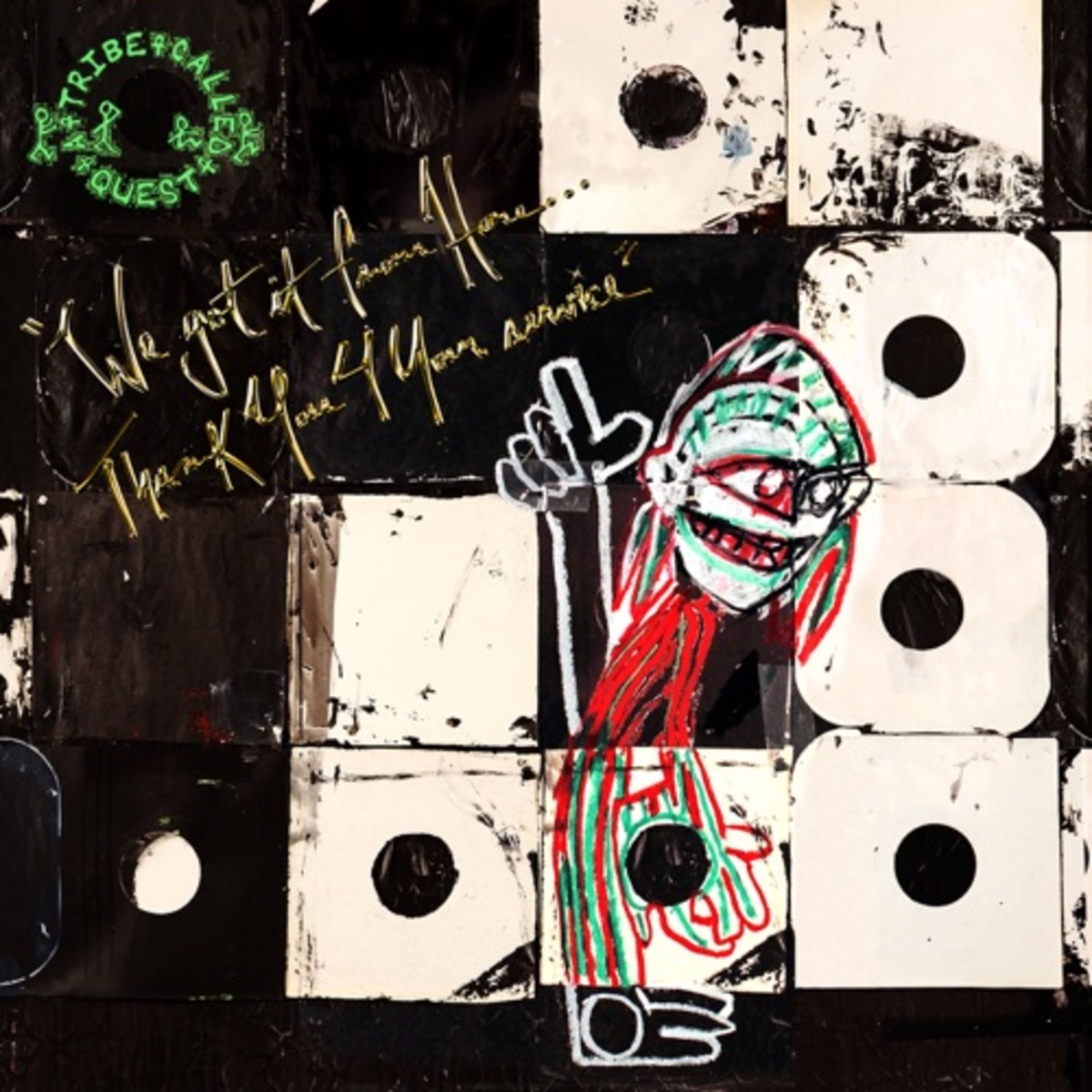 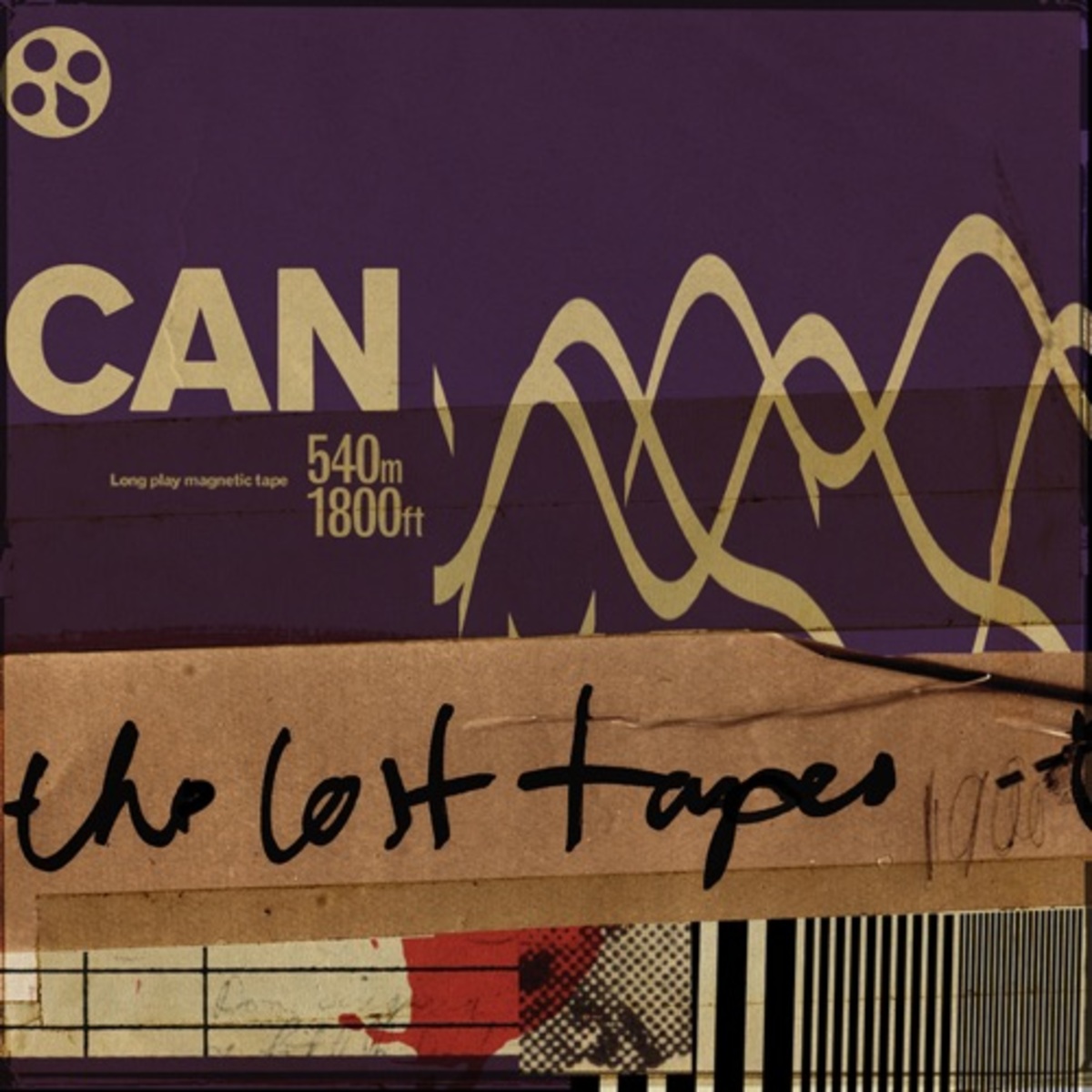 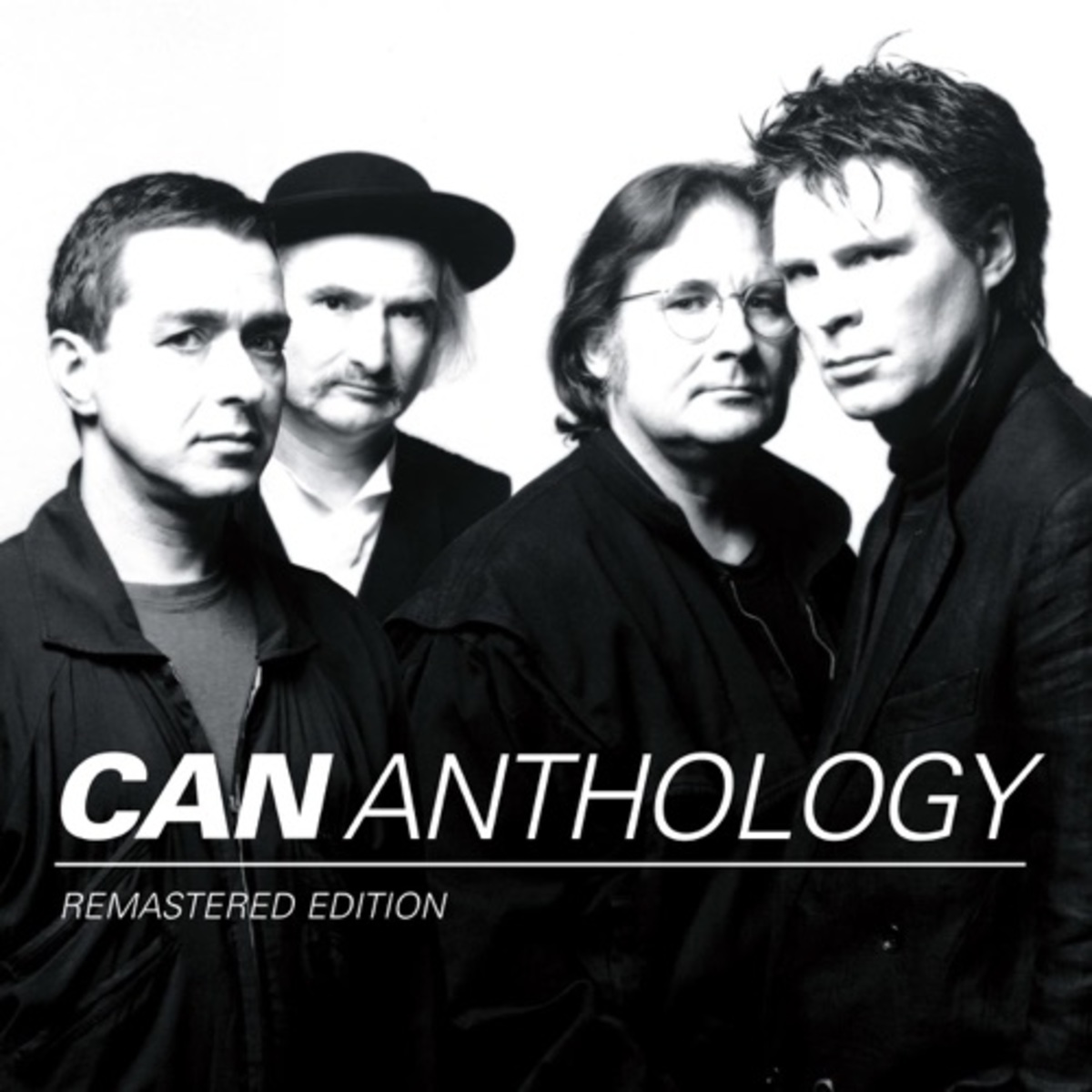 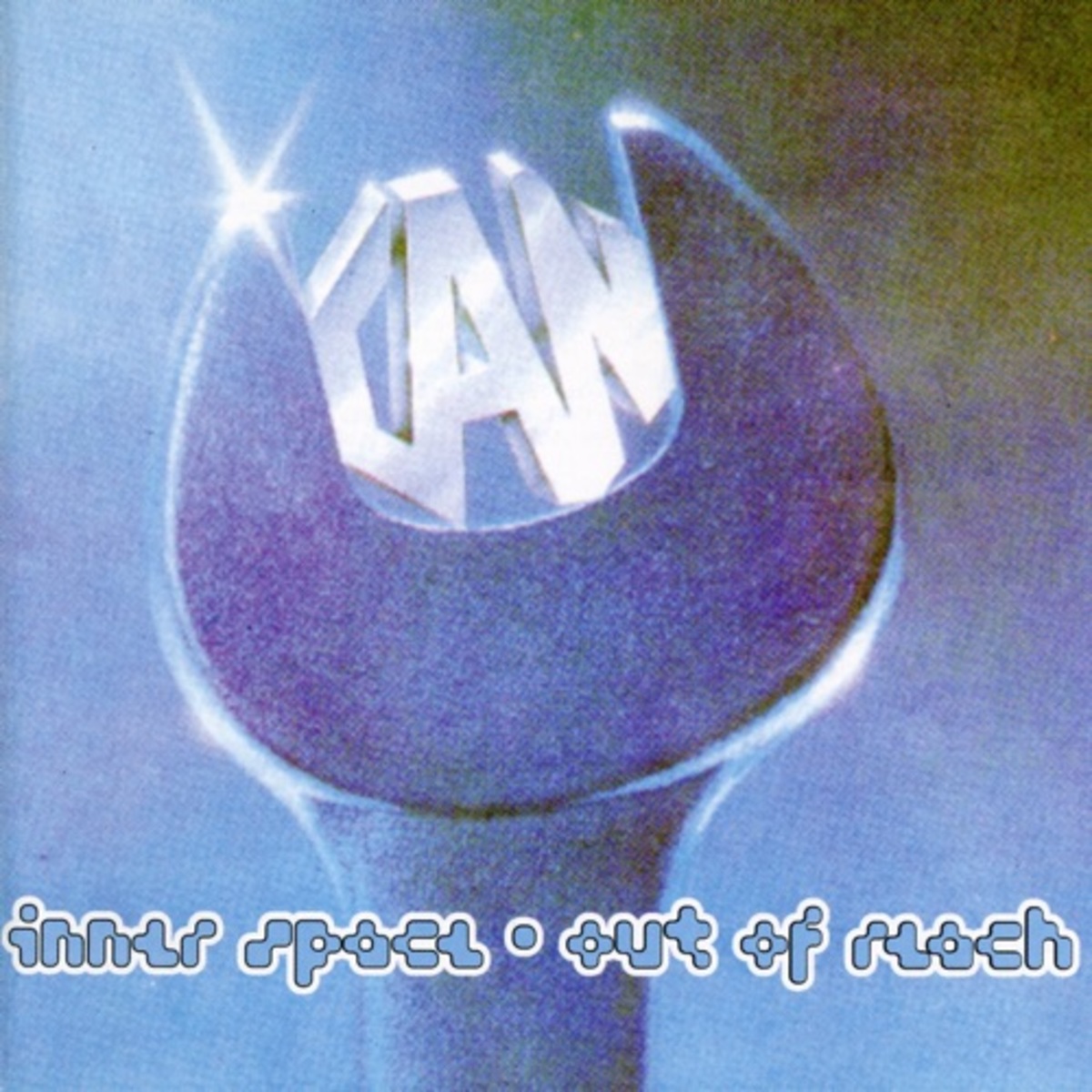 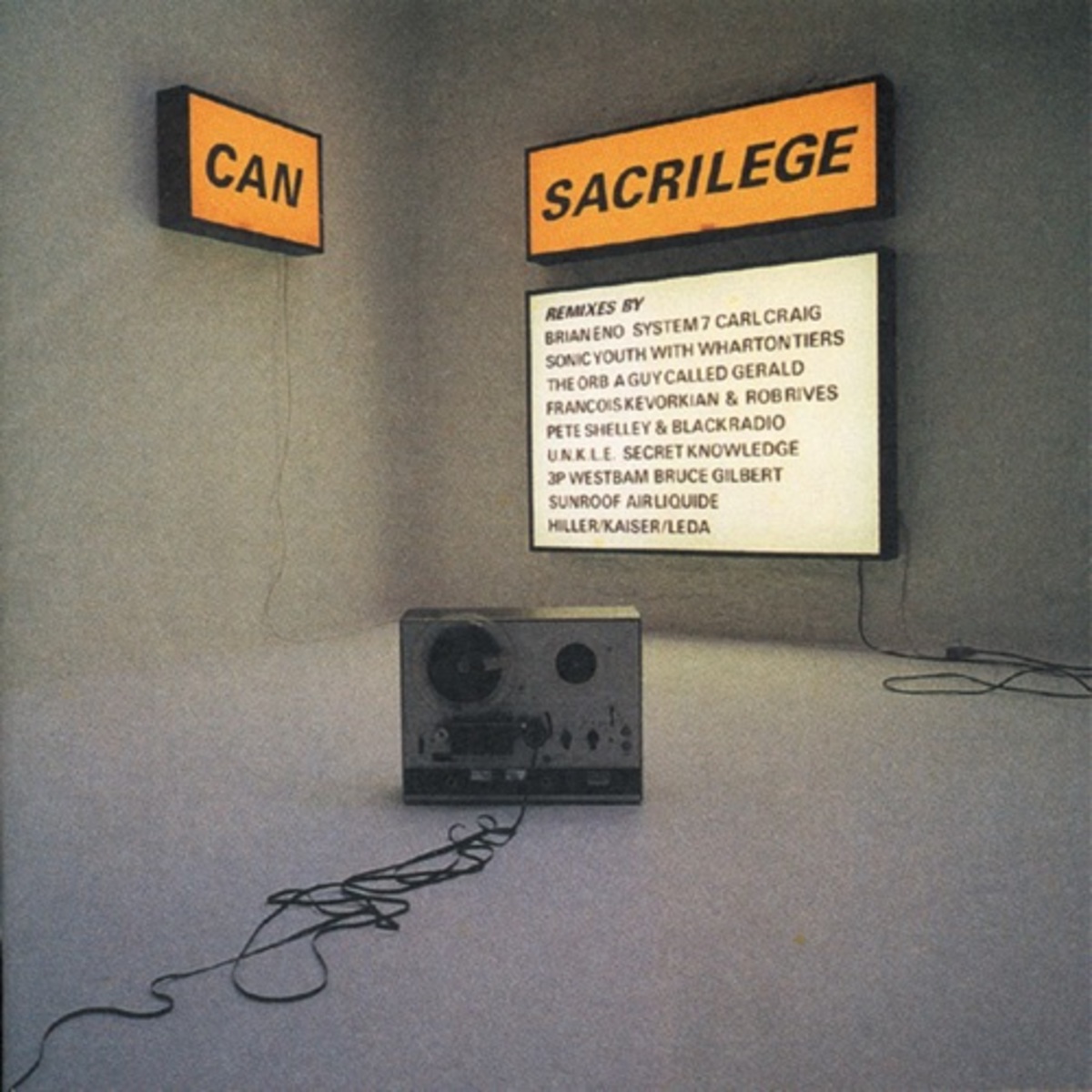 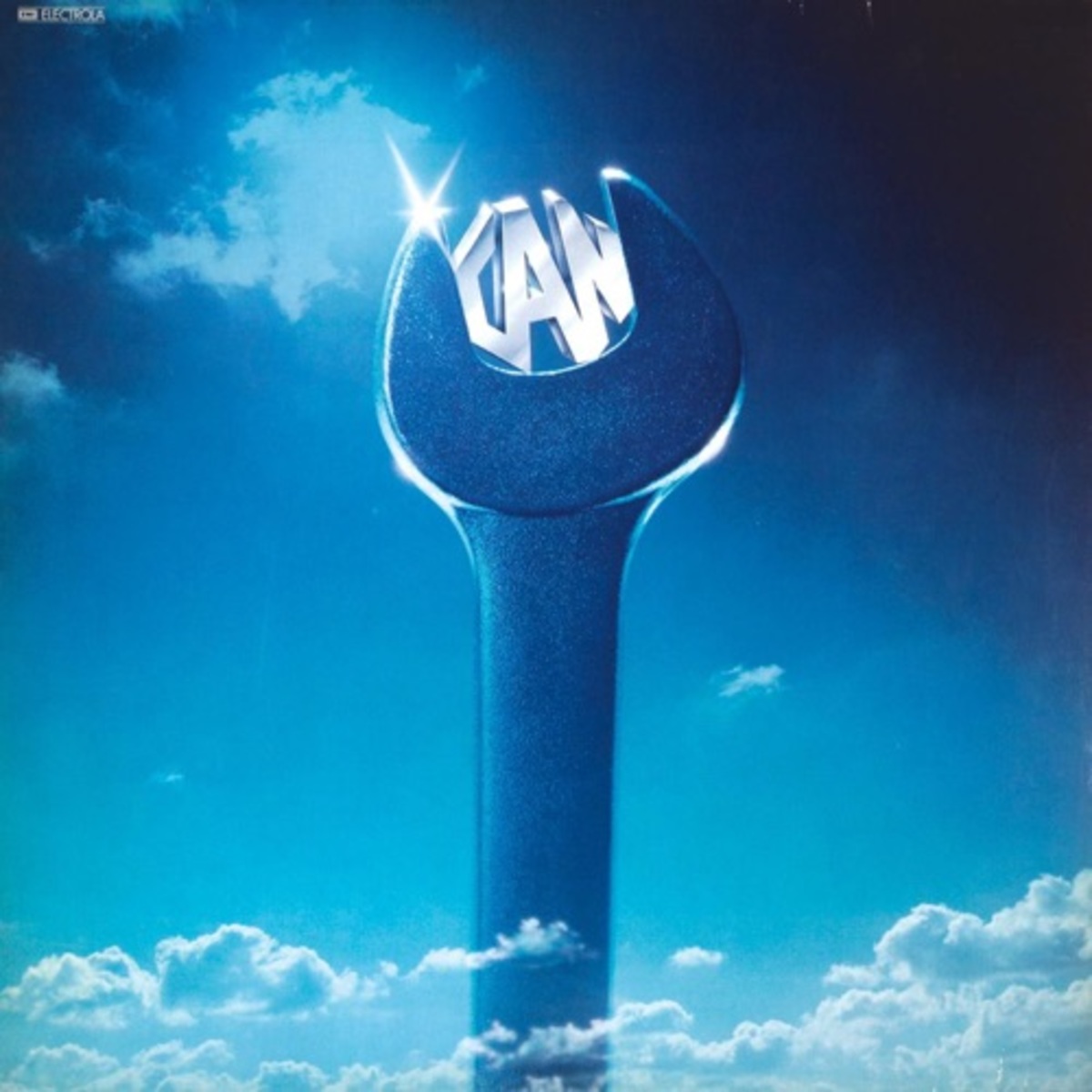 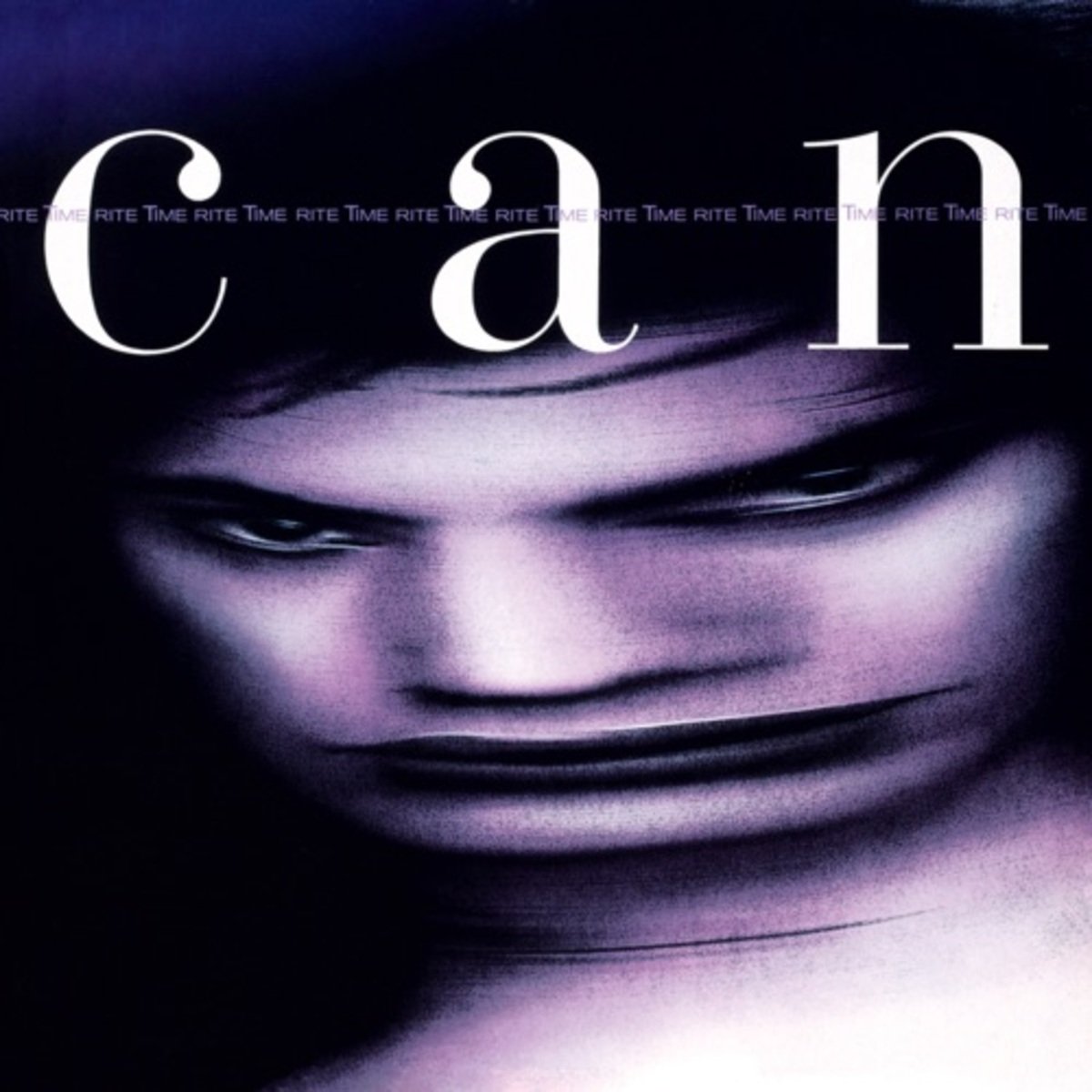 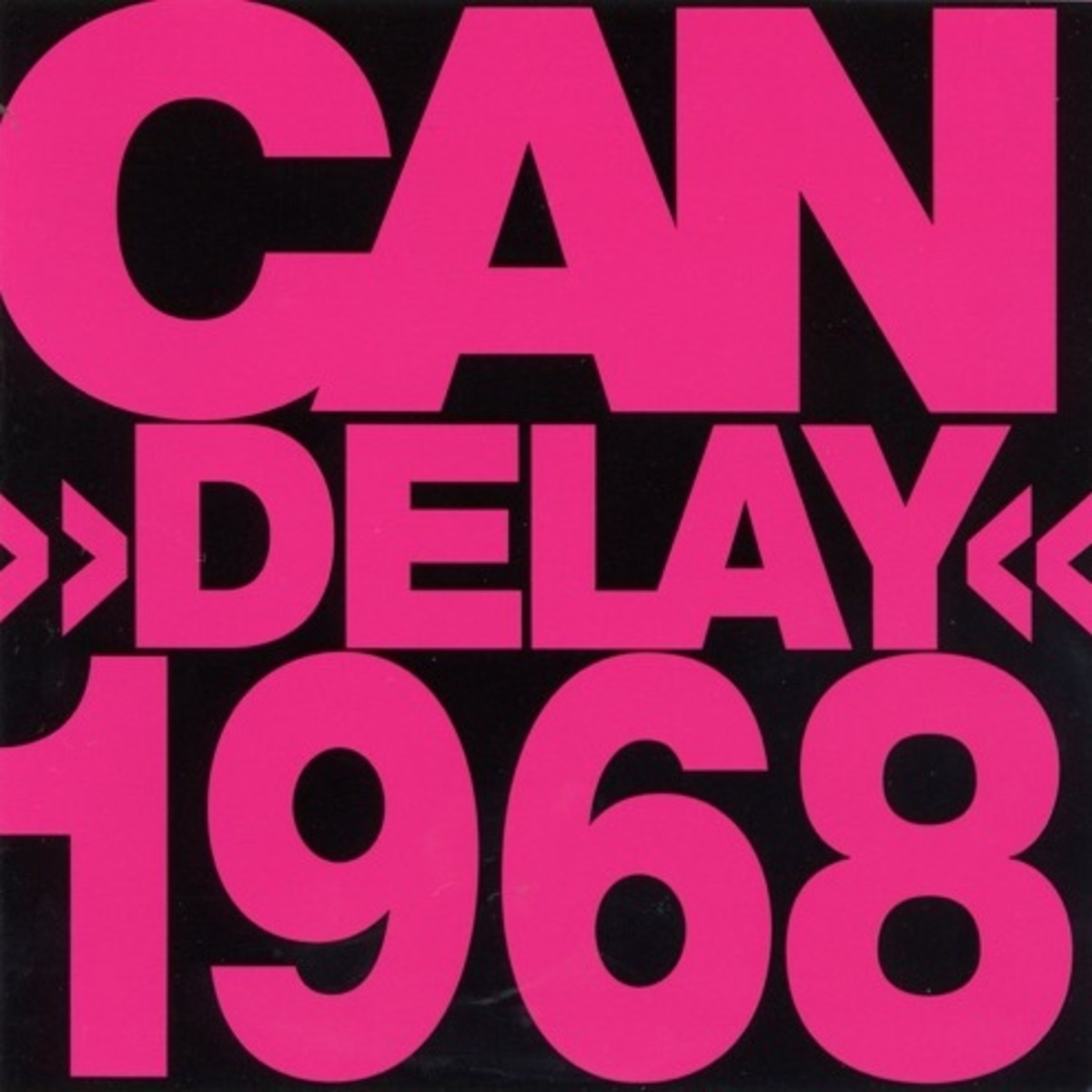 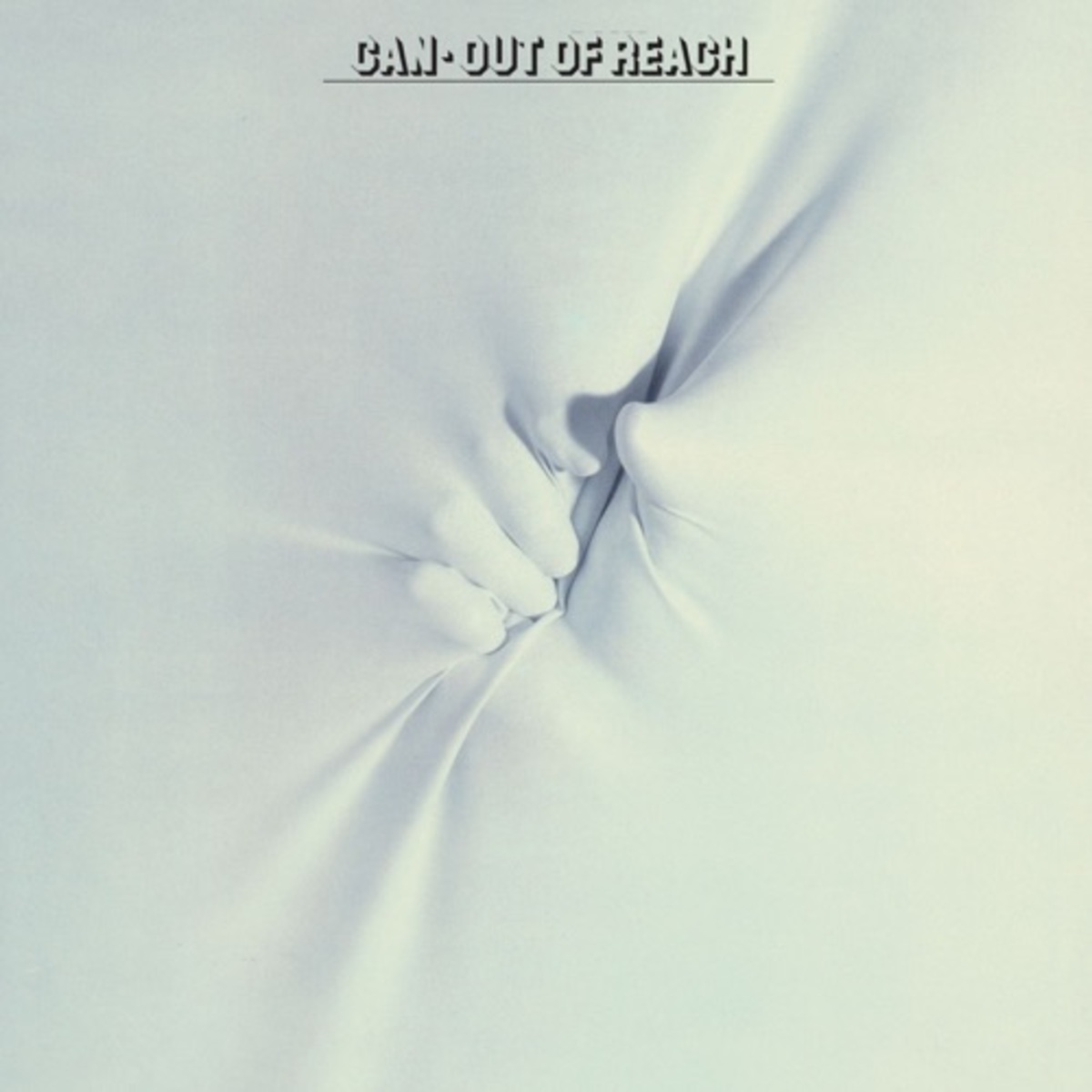 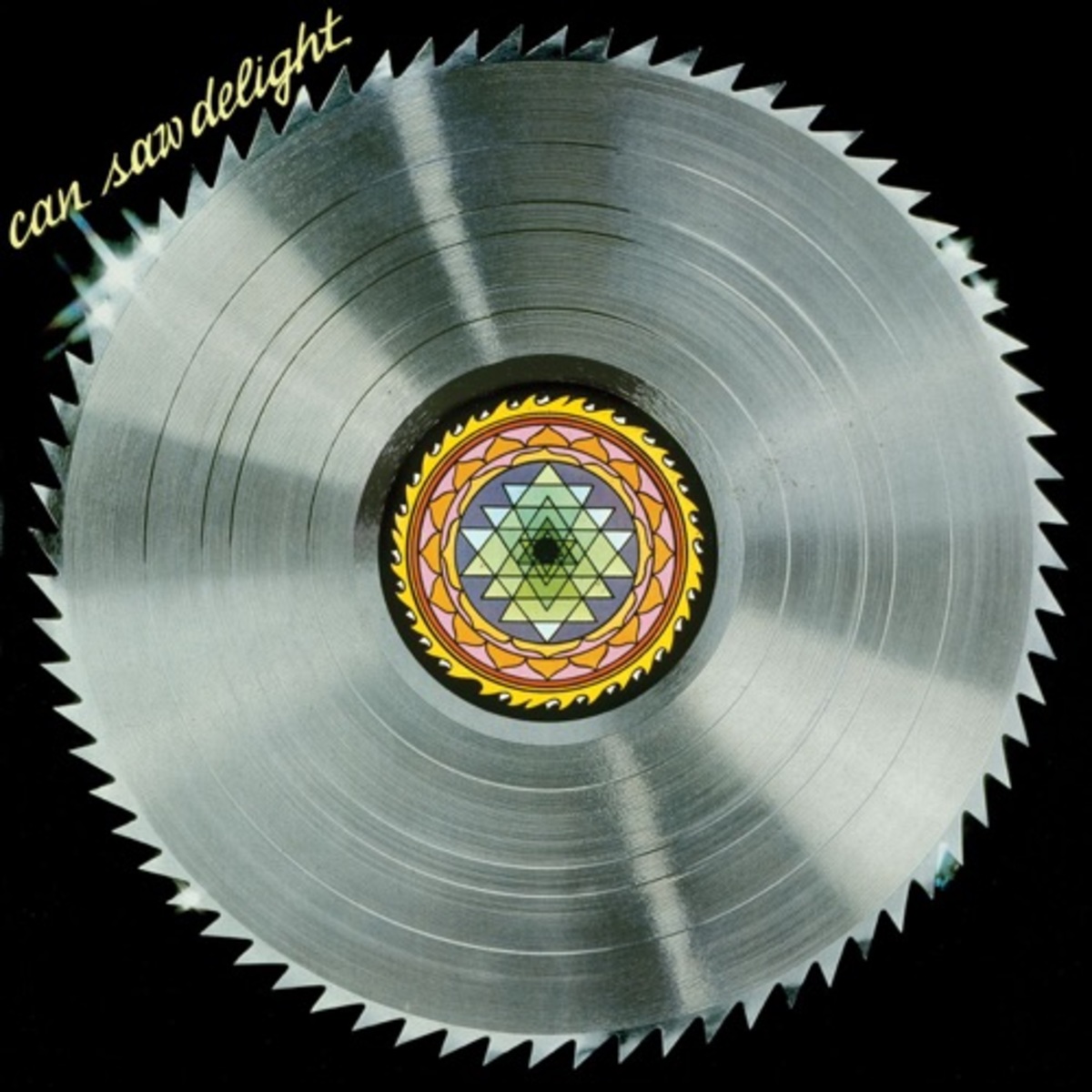 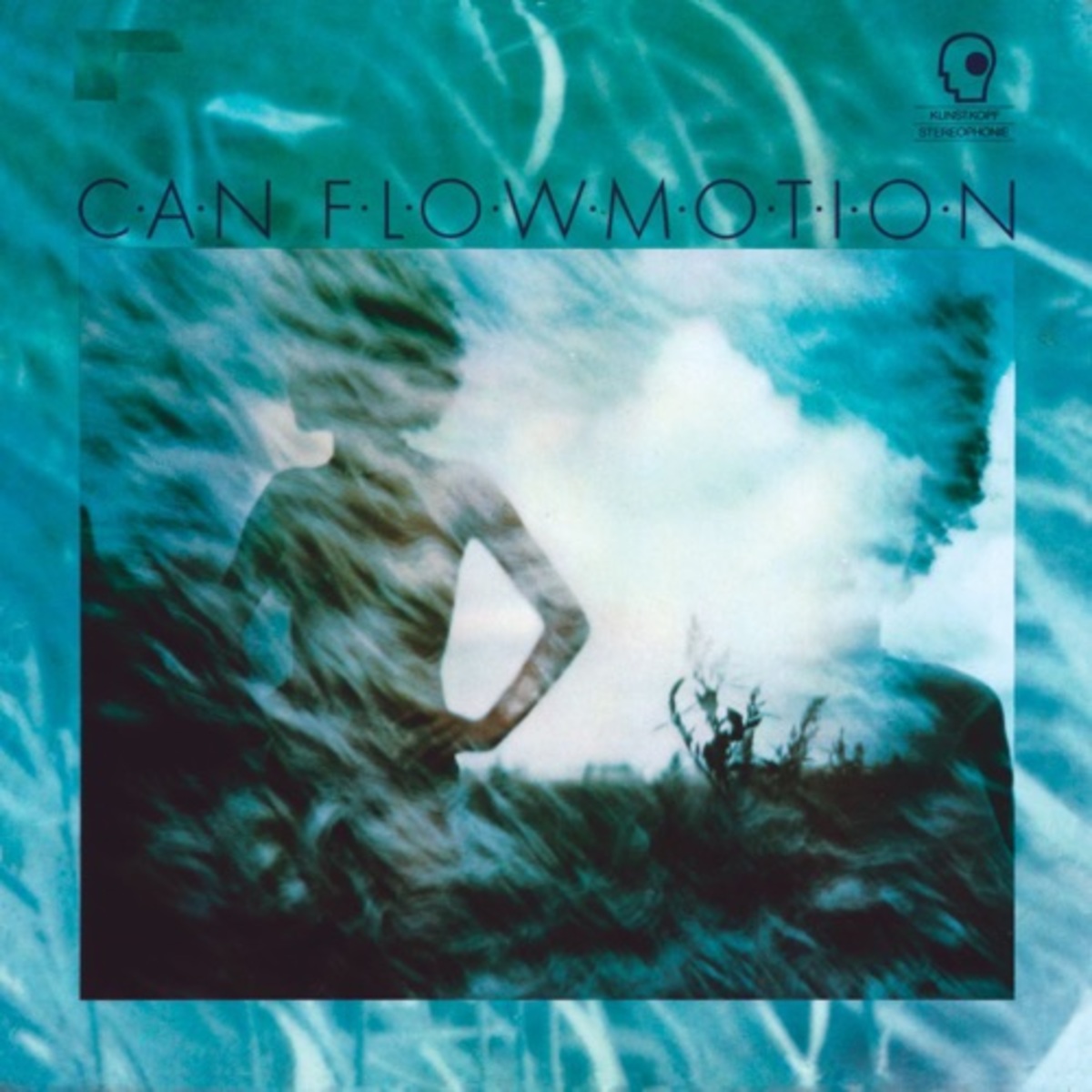 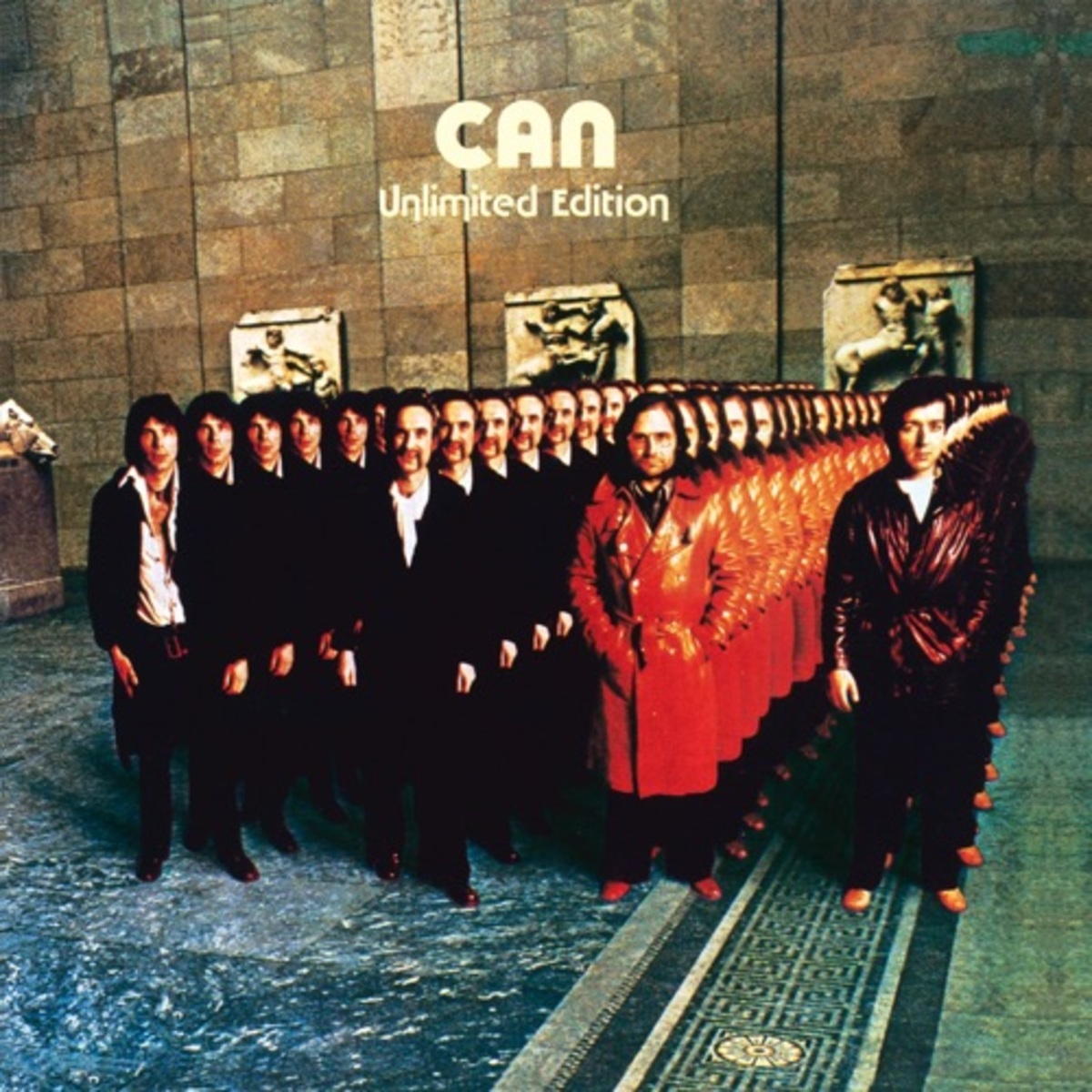 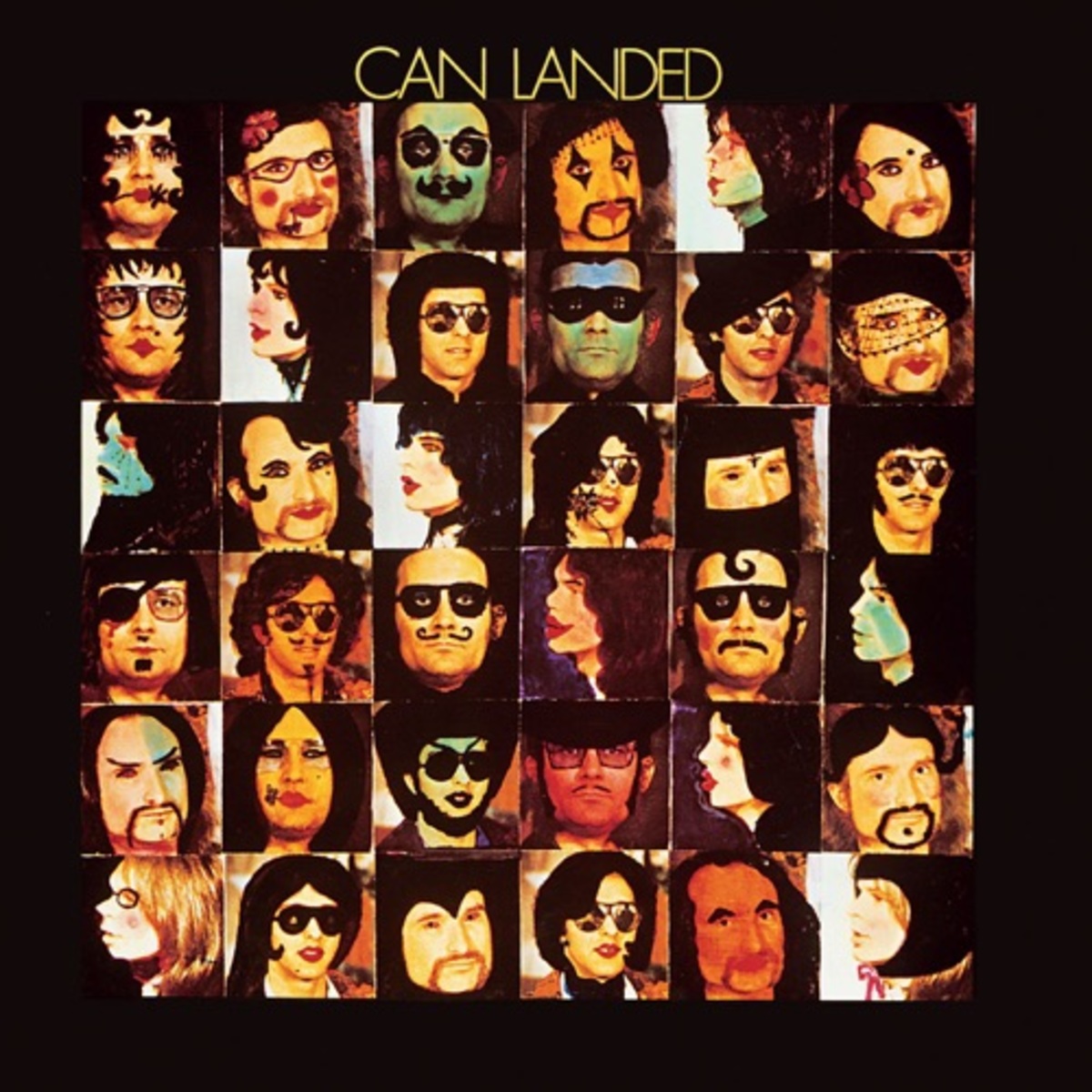 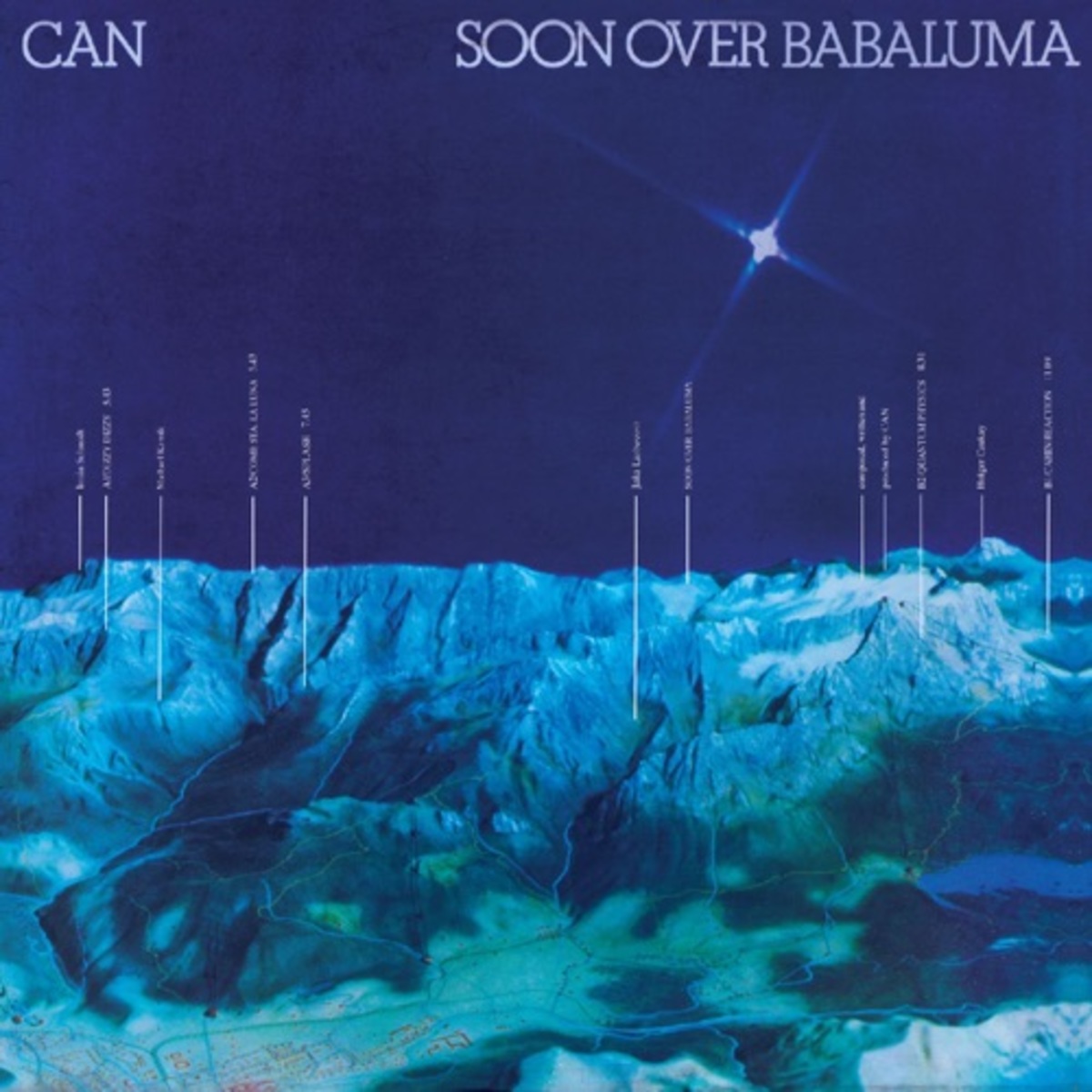 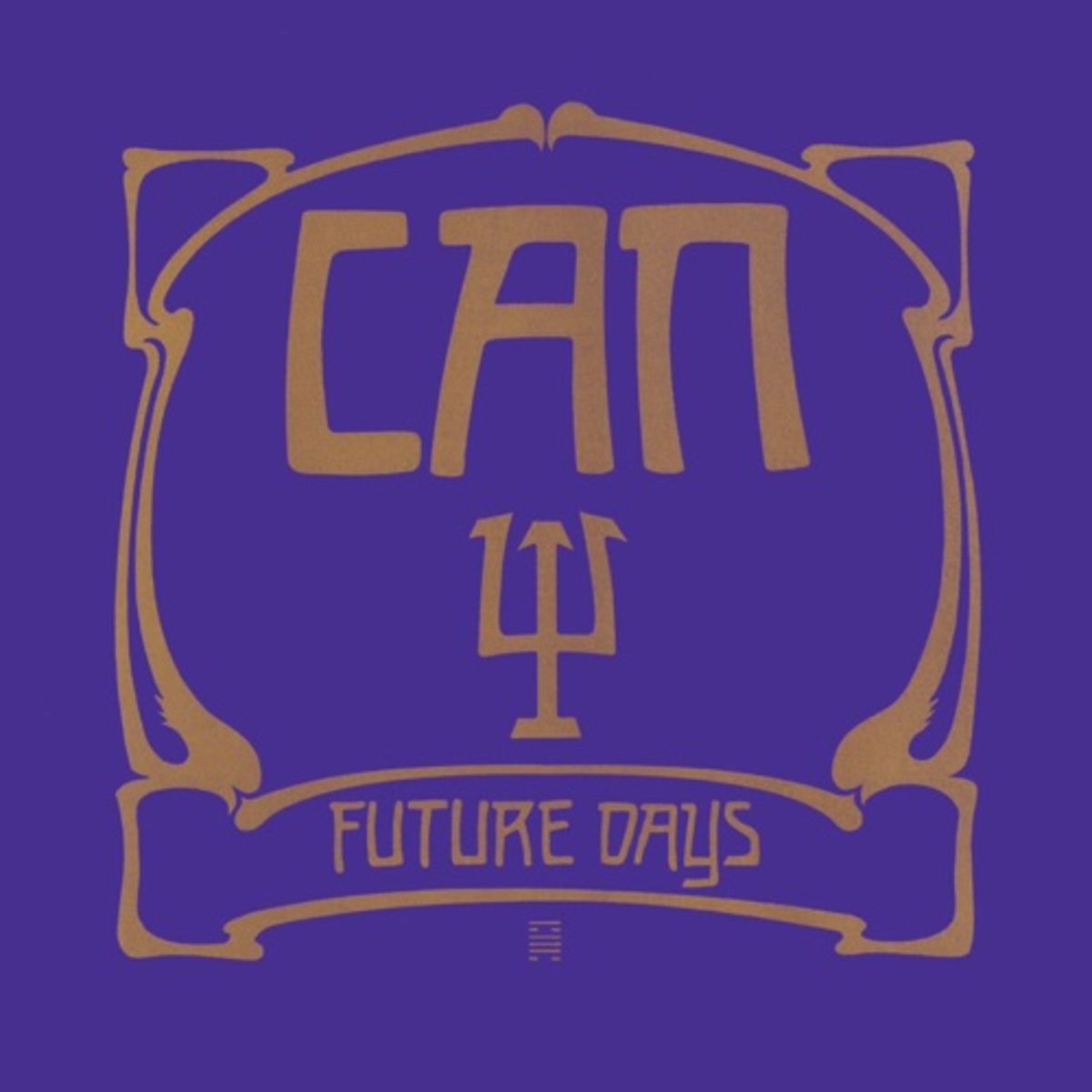 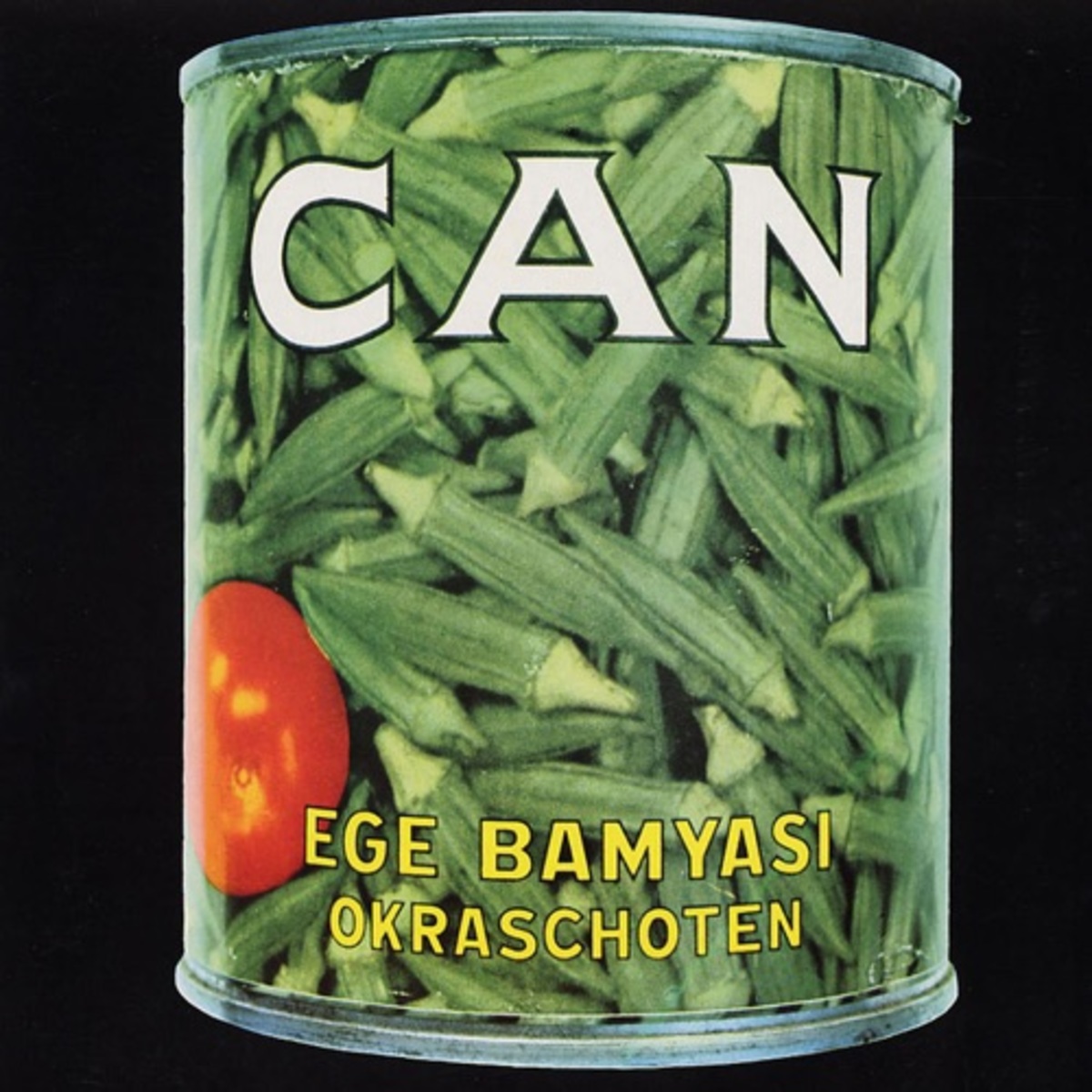 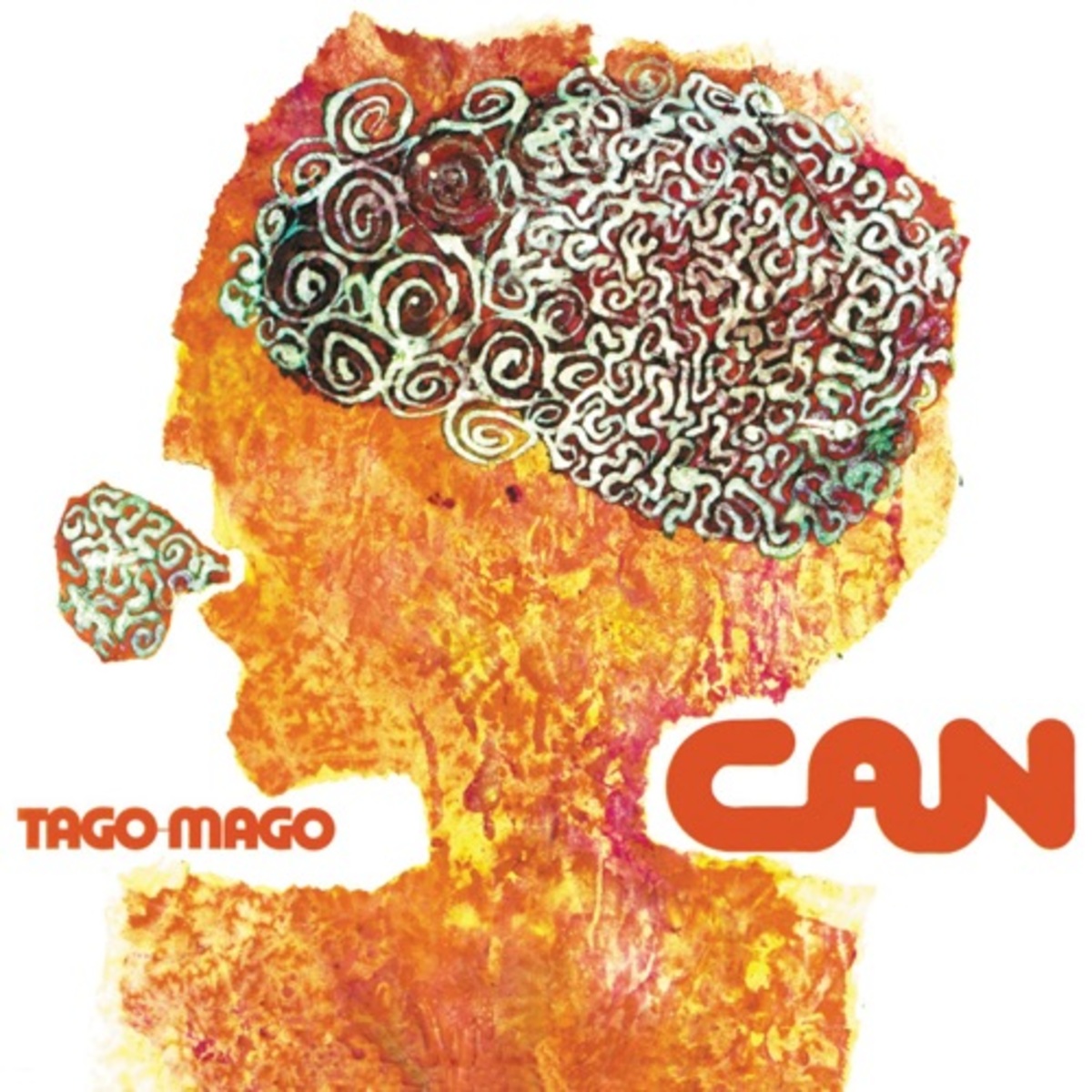 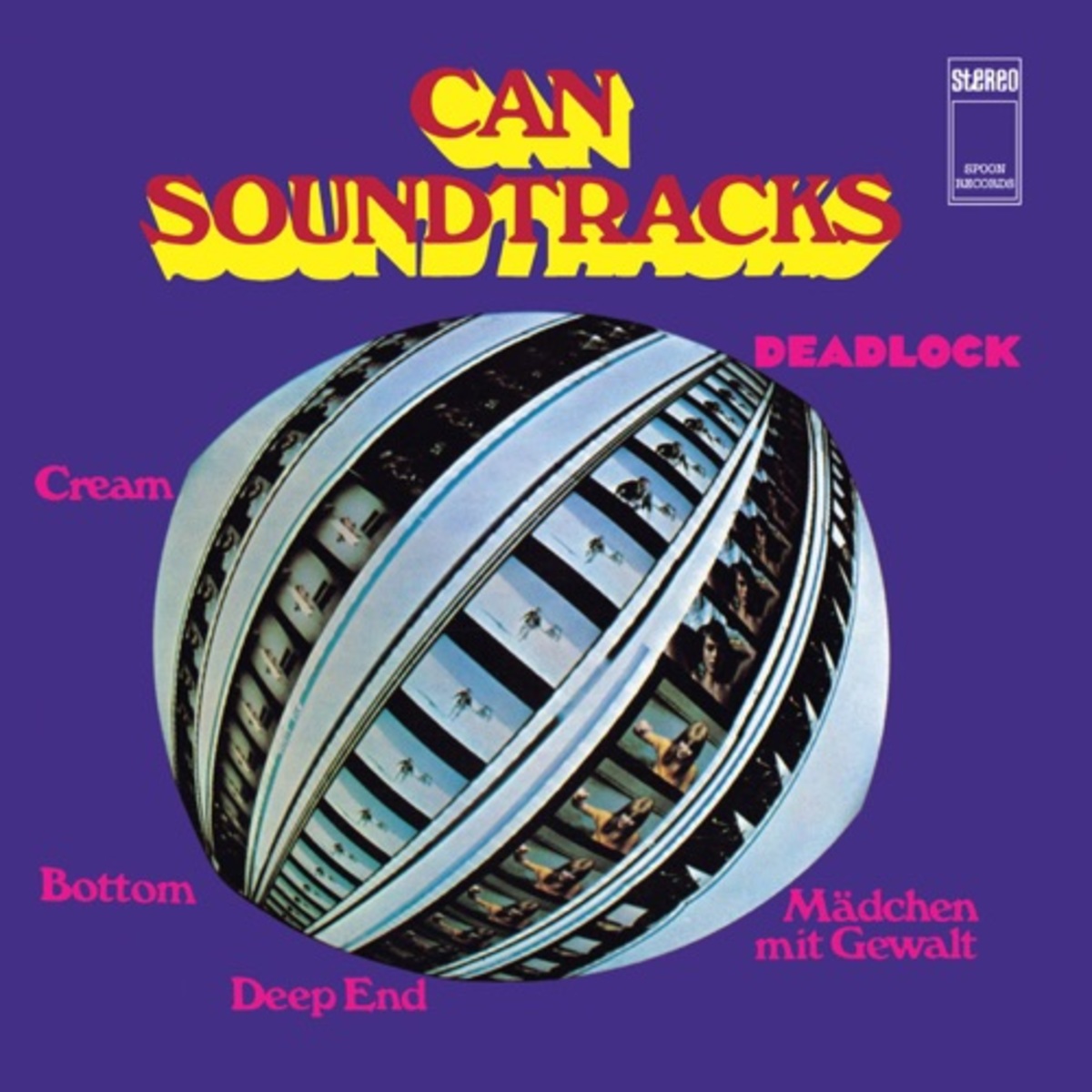 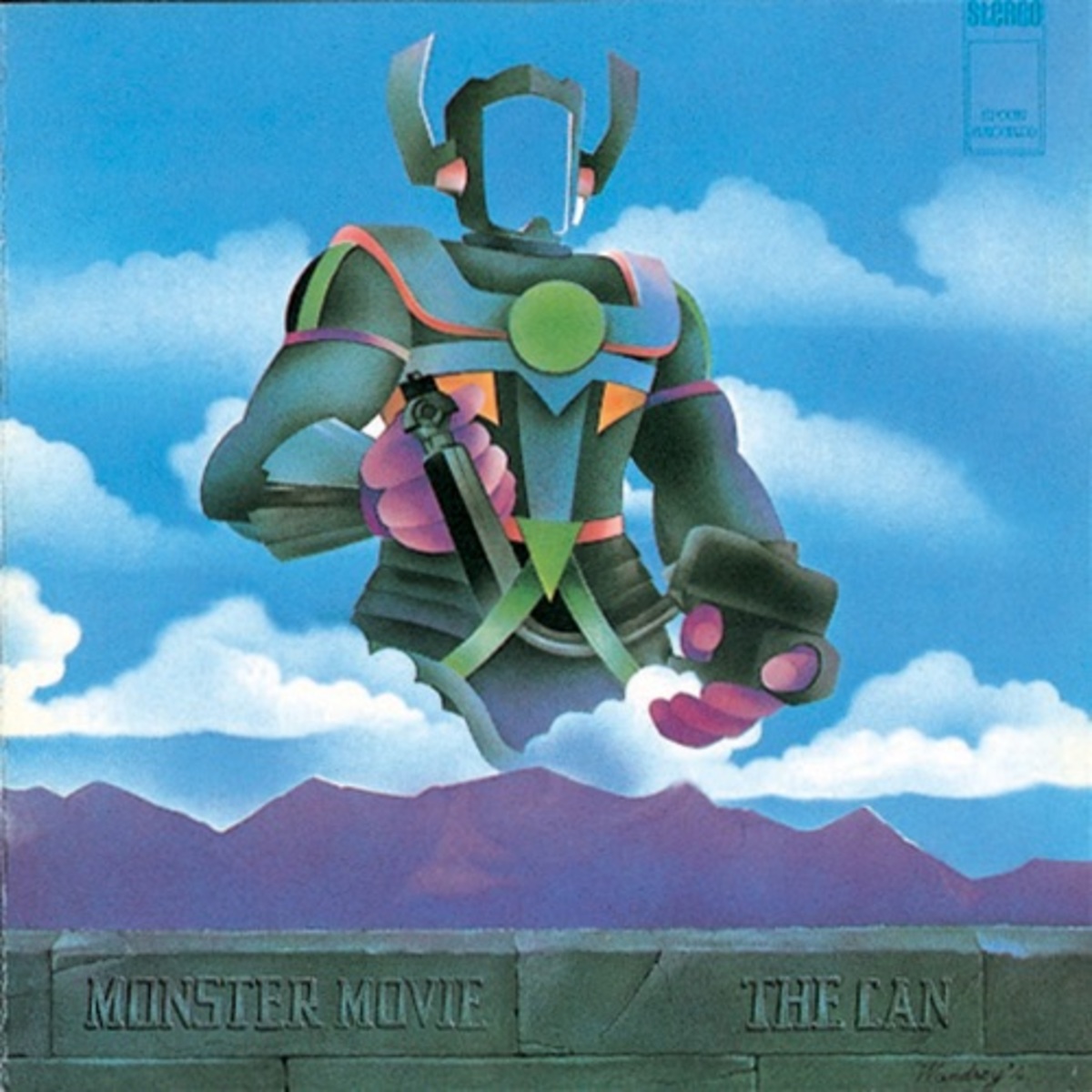 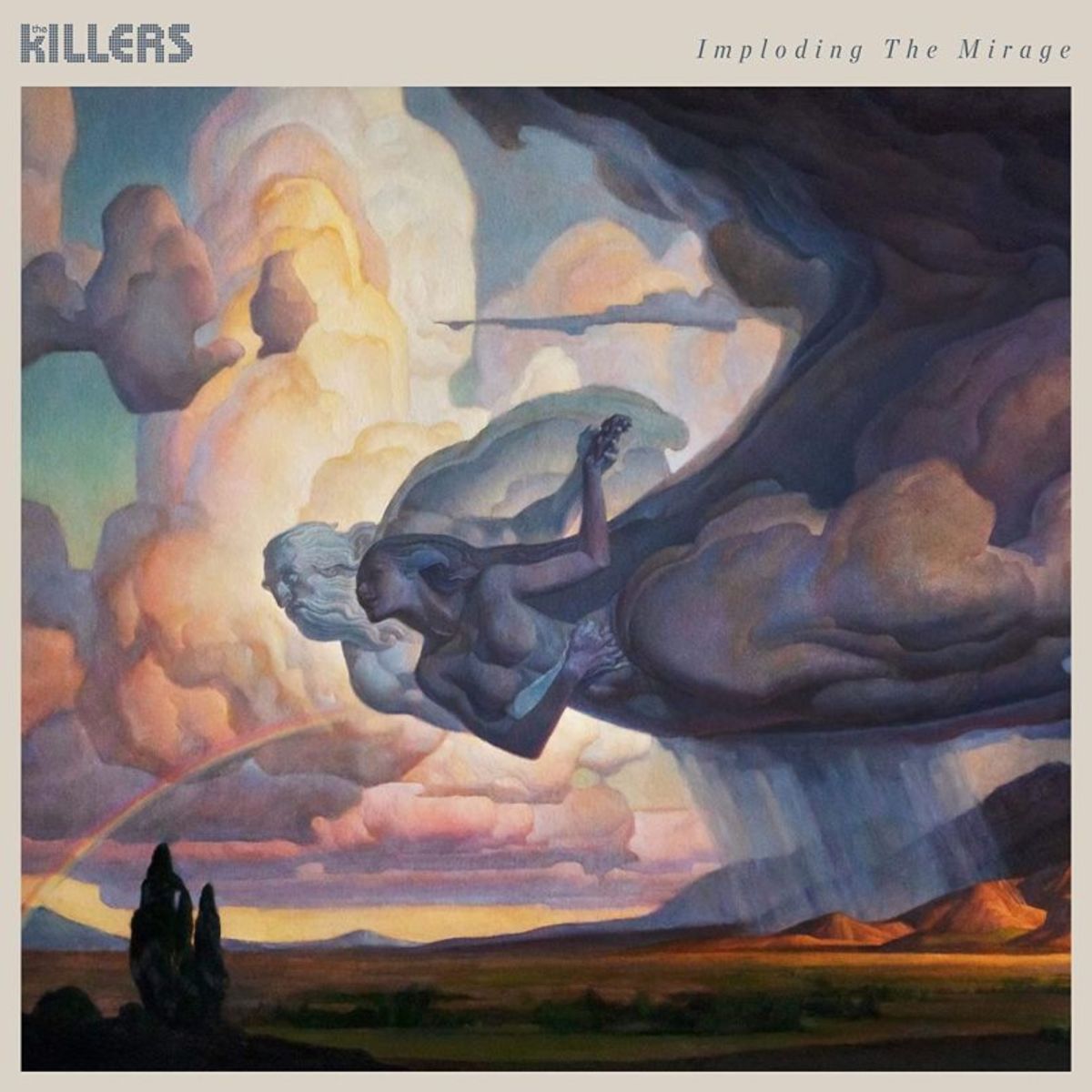 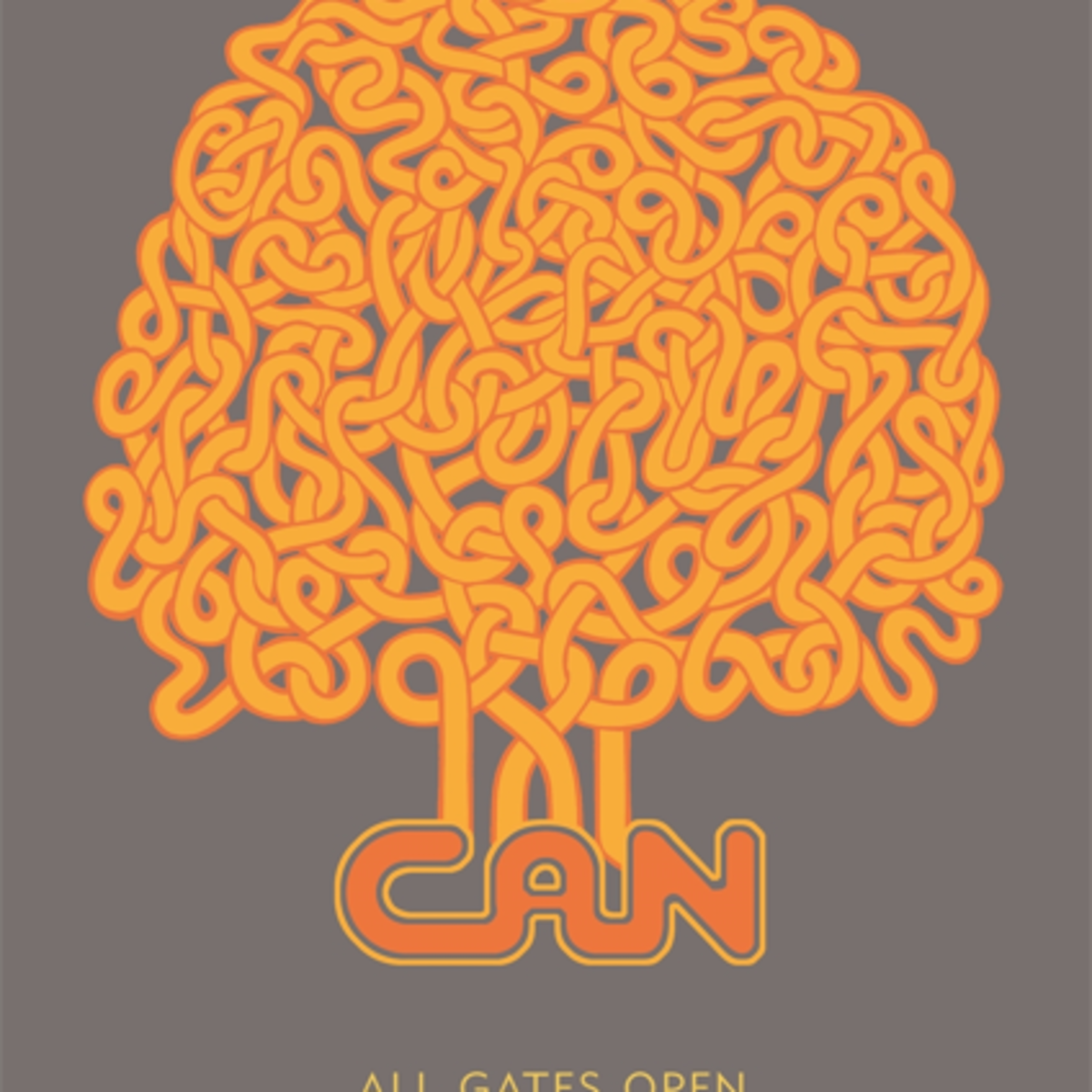 All Gates Open: The Story of Can
Read More