TTRRUUCES’ debut album is a dream-like adventure, simultaneously euphoric and disorientating in both mood and execution. At its core is the story of a Sad Girl and a Lost Boy, whose quest to acquire a new drug named TTRRUUCES takes them on a mind-altering journey. The album’s sound is equally audacious. The Anglo-French duo - Natalie Findlay and Jules Apollinaire - are full of starry-eyed ambition, and have crafted a saturated fusion of symphonic pop, boisterous beats and reflective ballads.

The first character that the narrative introduces is Sadie, the 17-year-old Sad Girl. She’s disenchanted, depressed and out of place in the world. Her father’s raging unpredictably means that her homelife is tumultuous too.

We’re then transported to the local disco, where we meet Syd, the Lost Boy. He’s a little older than Sadie, but he’s also an outsider. He can’t find his lust for life, despite living a hedonistic existence of risk-taking and epic nights out.

Sadie and Syd meet through the Bad Kids. They’re the users and pushers of an experimental new drug called TTRRUUCES, which is available as a blue pill or a deep electric blue powder - you can recognise them by the ever-present blue crust around their noses. The drug reputedly opens your mind, makes your confront your fears and shows you the world for what it really is. As the Bad Kids say, “Always know happiness could be waiting for you out there. The wrong crowd could be the right one for you.”

Sadie and Syd take TTRRUUCES and quickly embark upon an insanely powerful bad trip. The initiation of their ego death becomes more meaningful and symbolic as it takes hold of their consciousness. It’s like their eyes have been opened, and their previous existences rendered meaningless.

The pair are tripping in front of a flickering TV. They see disturbing visions of an alternate reality which is dominated by elephants. Musically it’s inspired by old 1930s cartoons and especially the hallucinogenic ‘Pink Elephants on Parade’ scene from Dumbo.

As they begin their comedown, they go outside for a walk. Their brains are fried and the world seems absurd, but they feel more disconnected than ever. They realise that they’ve survived the mad trip together. And although they’re strangers, their shared non-conformist ideals gives them a powerful bond. As the track ‘Stranger Now Forever’ states, “It’s not who you know, it’s the people you don’t / Who can help you change the way you see the world.”

That bond is reinforced when Sadie and Syd take a road trip to truly get to know each other. For the first time they feel new, exalted, alive. From darkness comes light: an ascension or a spiritual awakening. But is this love their new reality? Or simply the after-effects of the drug? It’s a bittersweet feeling.

This dilemma is captured in the song ‘Something Inside’, which samples John F. Kennedy’s 1962 address about the importance of space travel. “For us, getting a man to the moon is as big of a trip as Sadie and Syd getting to the heart of who they really are,” notes Natalie. “It’s a similar ascension.”

The story ends one beautiful morning. Sadie and Syd, no longer Sad and Lost, wake up next to each other, closer than ever, wishing that the moment would last forever. “They’ve changed, but it’s not a happy ending,” summarises Jules. “They still refuse to follow the rules of normal life and are complete outcasts. It will be a huge challenge to make the unconventional love they have found co-exist with the world they live in. But at least they’ve found a partner-in-crime to share that with.”

The album’s intoxicating narrative is matched by a similarly adventurous genre-twisting sound. ‘Sad Girl’ mines the buoyancy of ‘60s baroque pop, British ‘70s alt rock and modern French pop; ‘The Disco’ imagines a kind of tropical laser-guided mirrorball dancefloor; ‘Lost Boy’ and ‘I’m Alive’ are big, groovy old school hip-hop beats that out-Beck Beck; ‘TTRRUUCES’ is heavy rock without any guitars; and ‘Evil Elephant’ is a twisted, surreal Disney anthem by way of techno. It comes to a conclusion with ‘Sleepyhead’, the dreamiest of finales, completed in one night after a particularly blissful acid trip.

Just like the TTRRUUCES’ album narrative, Jules and Natalie’s own true life tale began as a fortuitous boys-meet-girl moment.

Jules had left Paris for London to pursue his passion for music. “London has lots of musicians who are able to take their time with their art,” he recalls. “While in Paris you feel guilty for being an artist as it’s so fast and busy. In London, I was able to make more music than I’d ever done before.”

He met Natalie while he was working in a cafe in East London. She’d left Manchester for the capital to start her career in  music. The pair progressed from chatting at the coffee counter to making music to living together. Their HQ is a converted warehouse they’ve named The Factory. It’s a home/studio which is also a suitable space for hosting parties and gigs.

Yet their dynamic-duo enterprise is the antithesis of a factory production line. The TTRRUUCES name is an anagram of ‘structure’, and a moniker that’s symbolic of their desire to shake-up conventional ways of making music.
“We wanted to create a new platform,” affirms Jules. “Something that’s super-exciting, super-free and diverse, with no limits on what the music could be.”

Natalie adds, “We wanted to make an album that wasn’t just a collection of songs, but something more conceptual. We wanted to challenge ourselves as writers.”

The album came together in a small house in Brittany, where TTRRUUCES relocated for six months and played almost every instrument you hear. “London was too much of a distraction for the making of an album like this,” says Jules. The album’s potential was fulfilled with the help of some accomplished collaborators. It was mixed by the venerated Alan Moulder (Arctic Monkeys, The Killers, Foals) and mastered by France’s leading engineer Chab (Daft Punk, Christine & The Queens).

Boy-meets-girl, shared experiences and a road trip? It’s not a stretch to imagine that Sadie and Syd are representative of the TTRRUUCES duo.

“I think we have traits of both of them,” reflects Jules. “I was kind of the sad girl at school: the only dude with long hair who listened to rock and roll. And I spent my years between the ages of 18 and 21 lost boying around.”

“It wasn’t at all conscious, but we noticed we’d written in elements of ourselves and our personalities,” adds Natalie.

“But we’re not the main focus, the story is,” clarifies Jules.

The multimedia tapestry around the plot while continue to be expanded in the coming months. There will be a video for every track from the album, and collectively they’ll merged into an experimental film which will add striking visual for the existing sonic flair.

So come join Sad Girl and Lost Boy on their trip. Your eyes will be opened, you will ascend and finally see the world as it truly is. 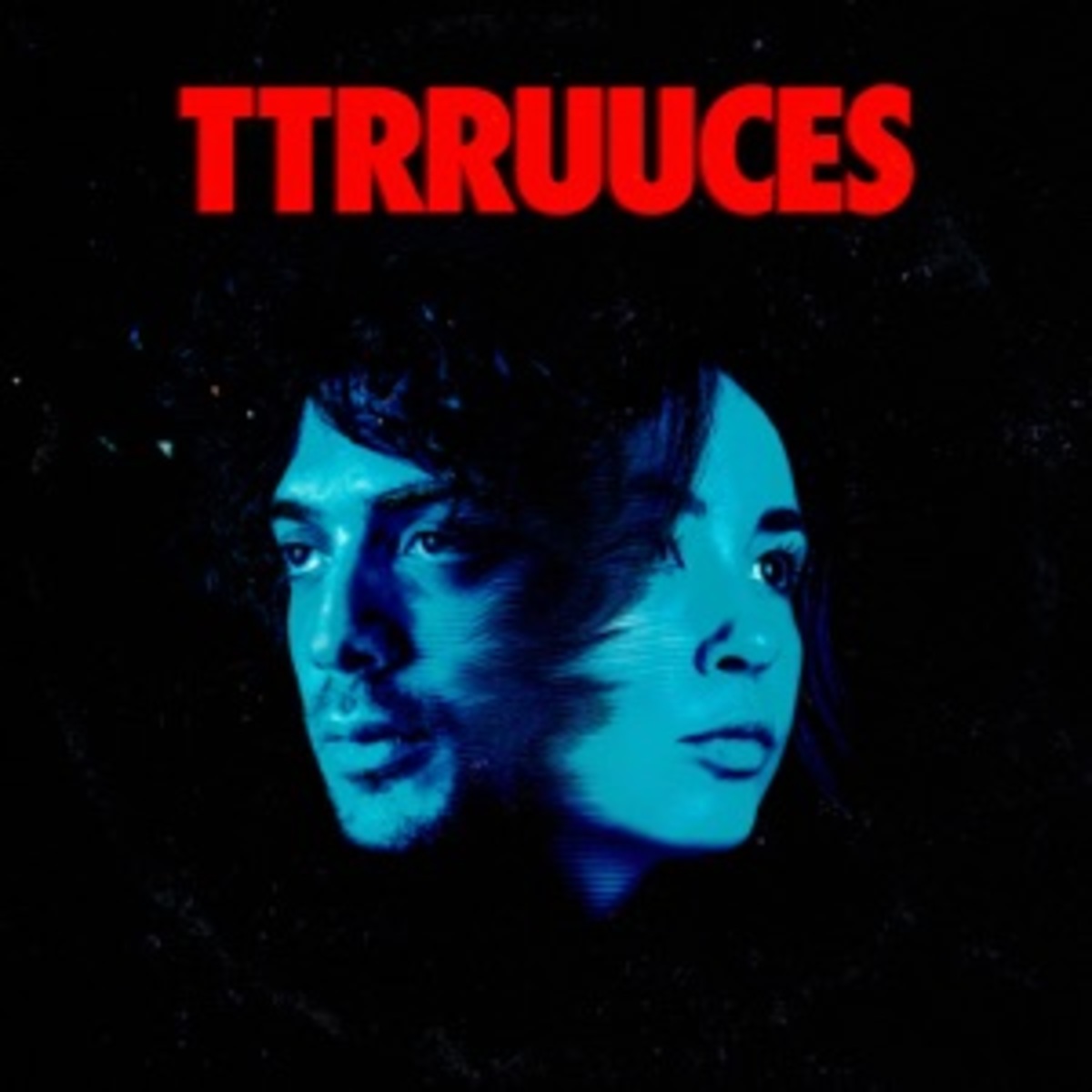 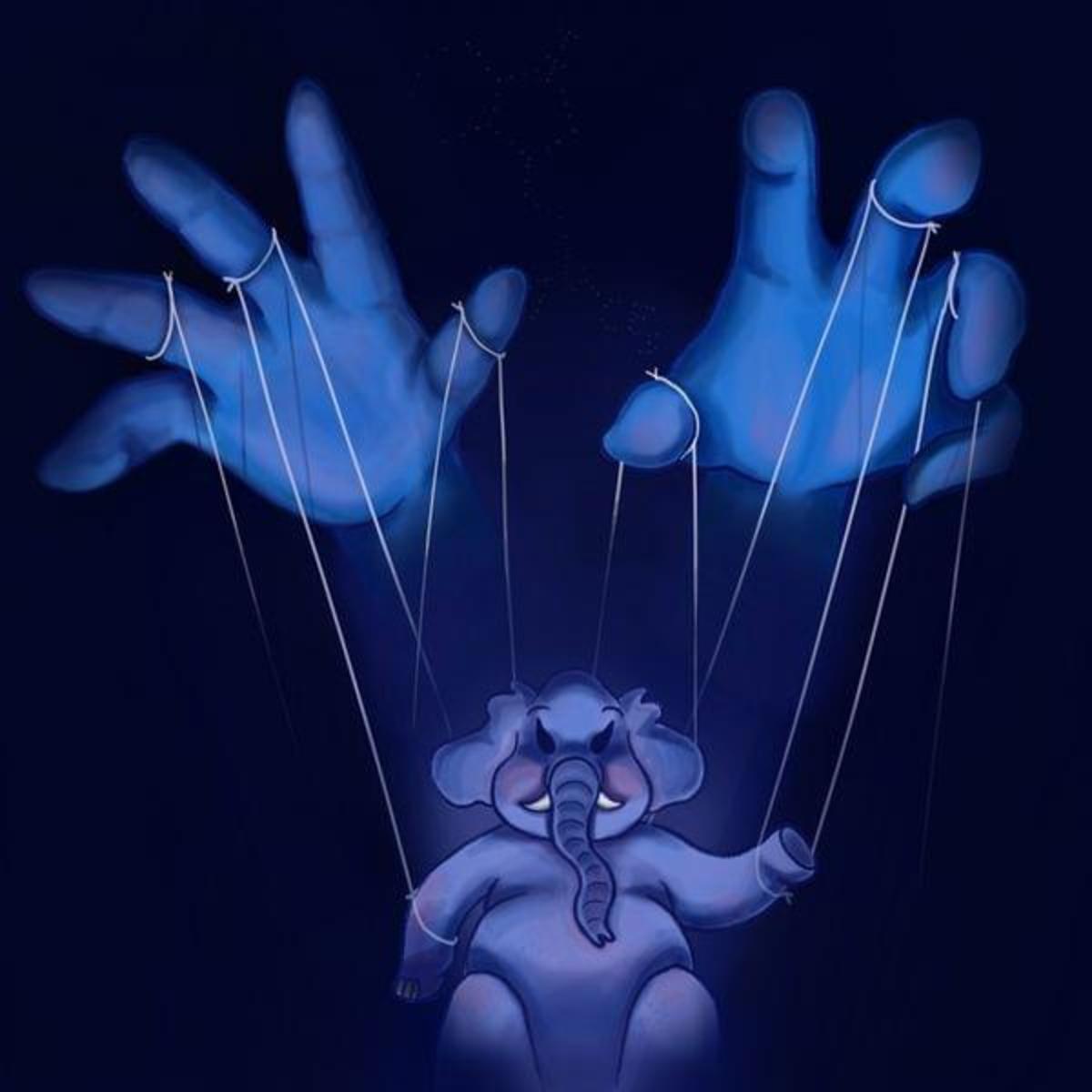 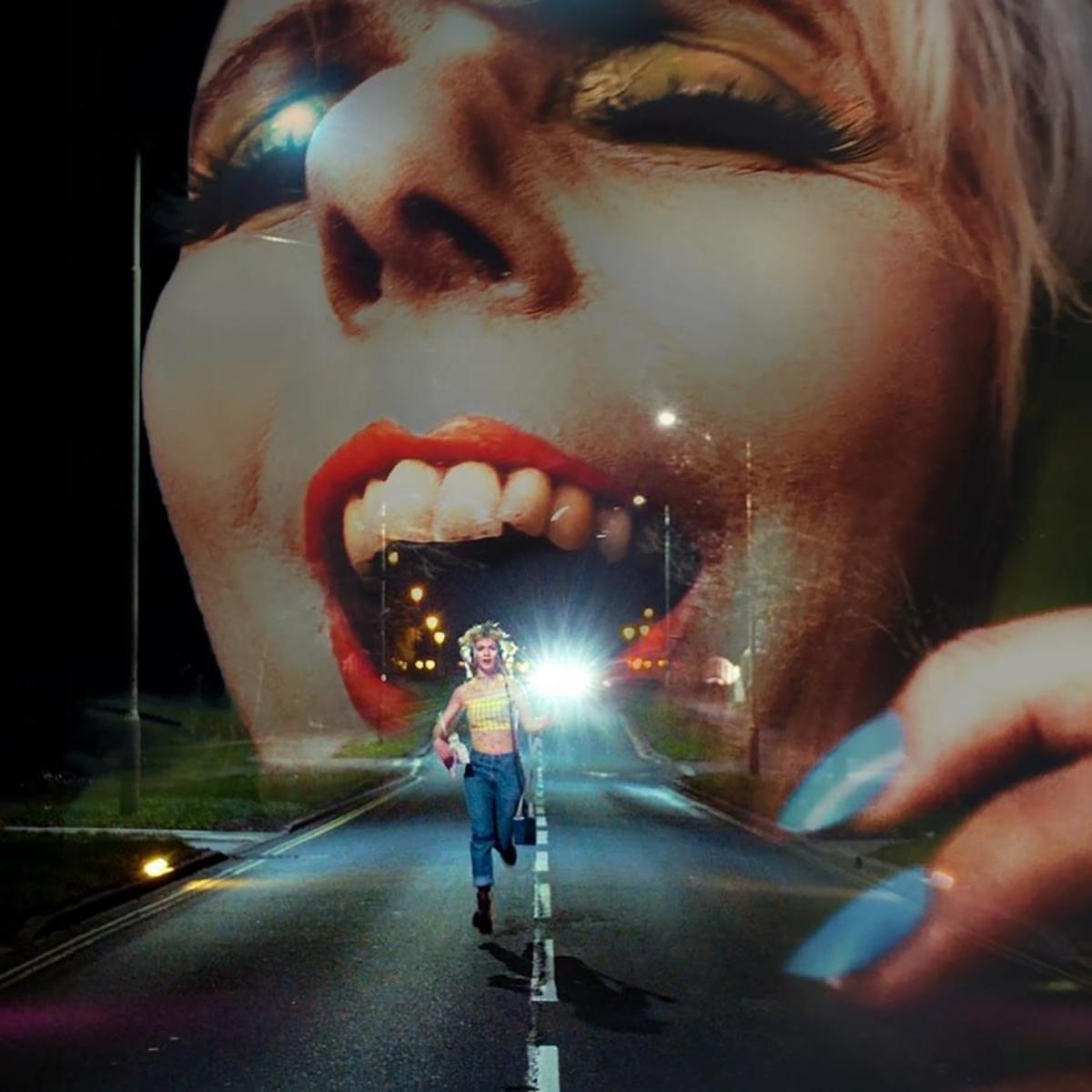 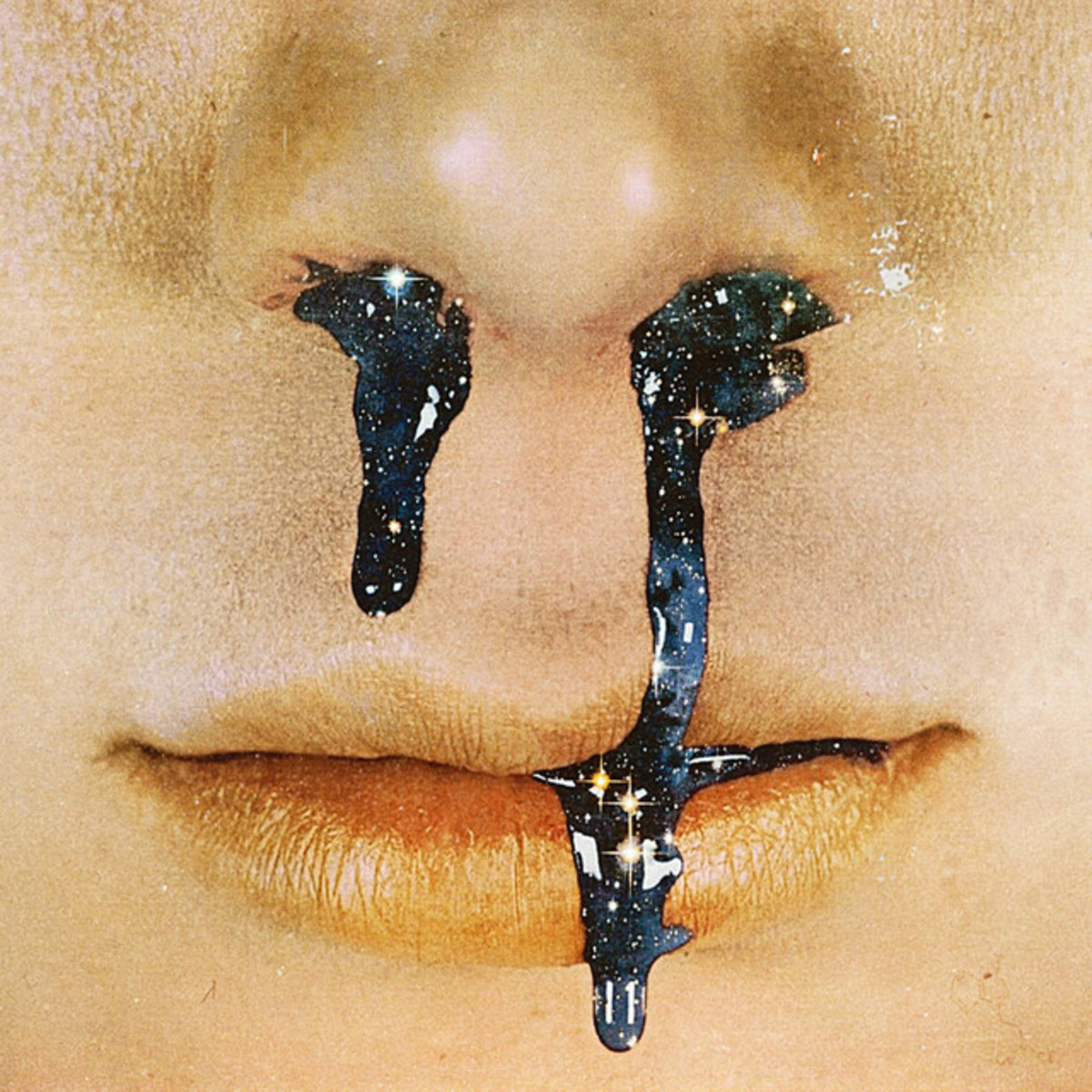 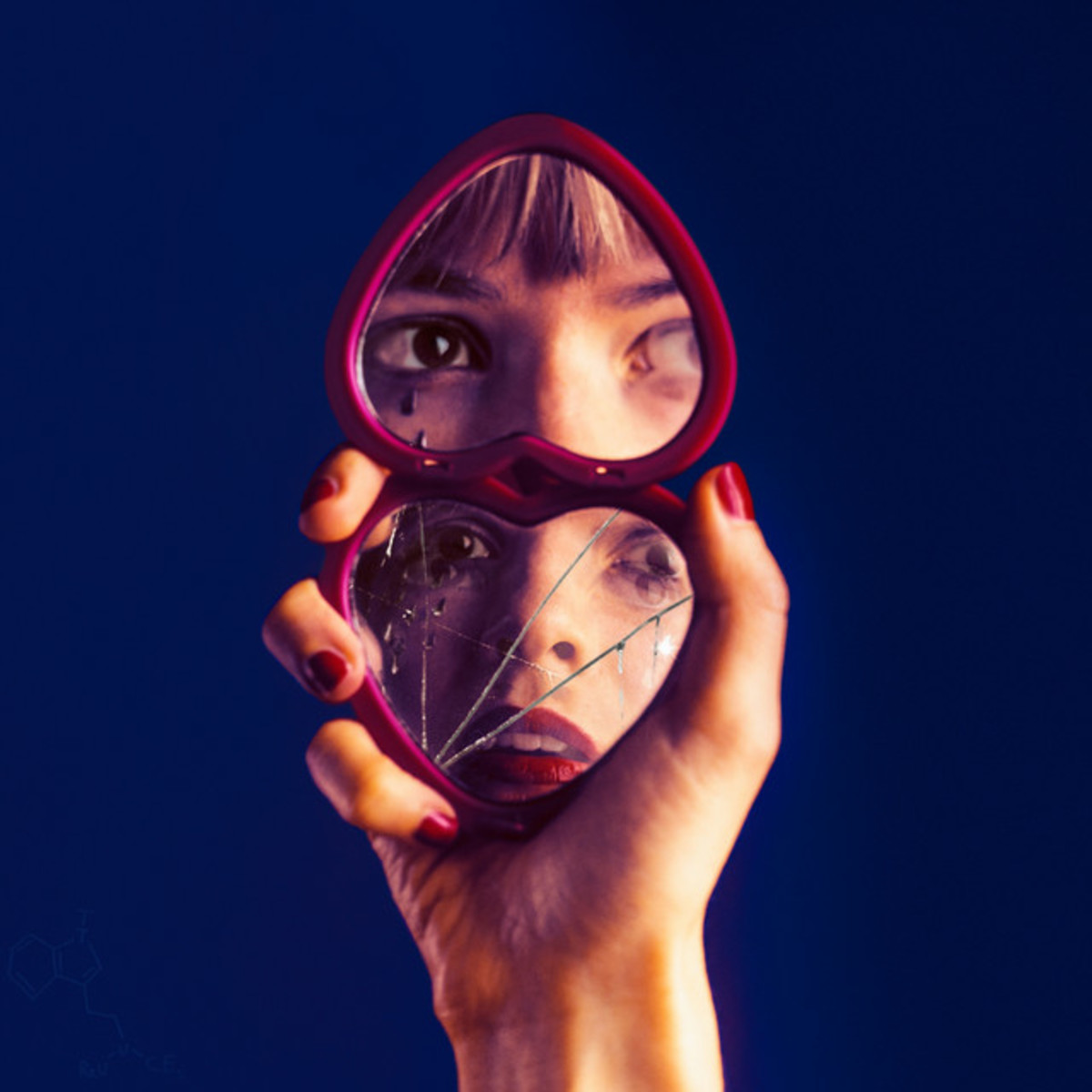 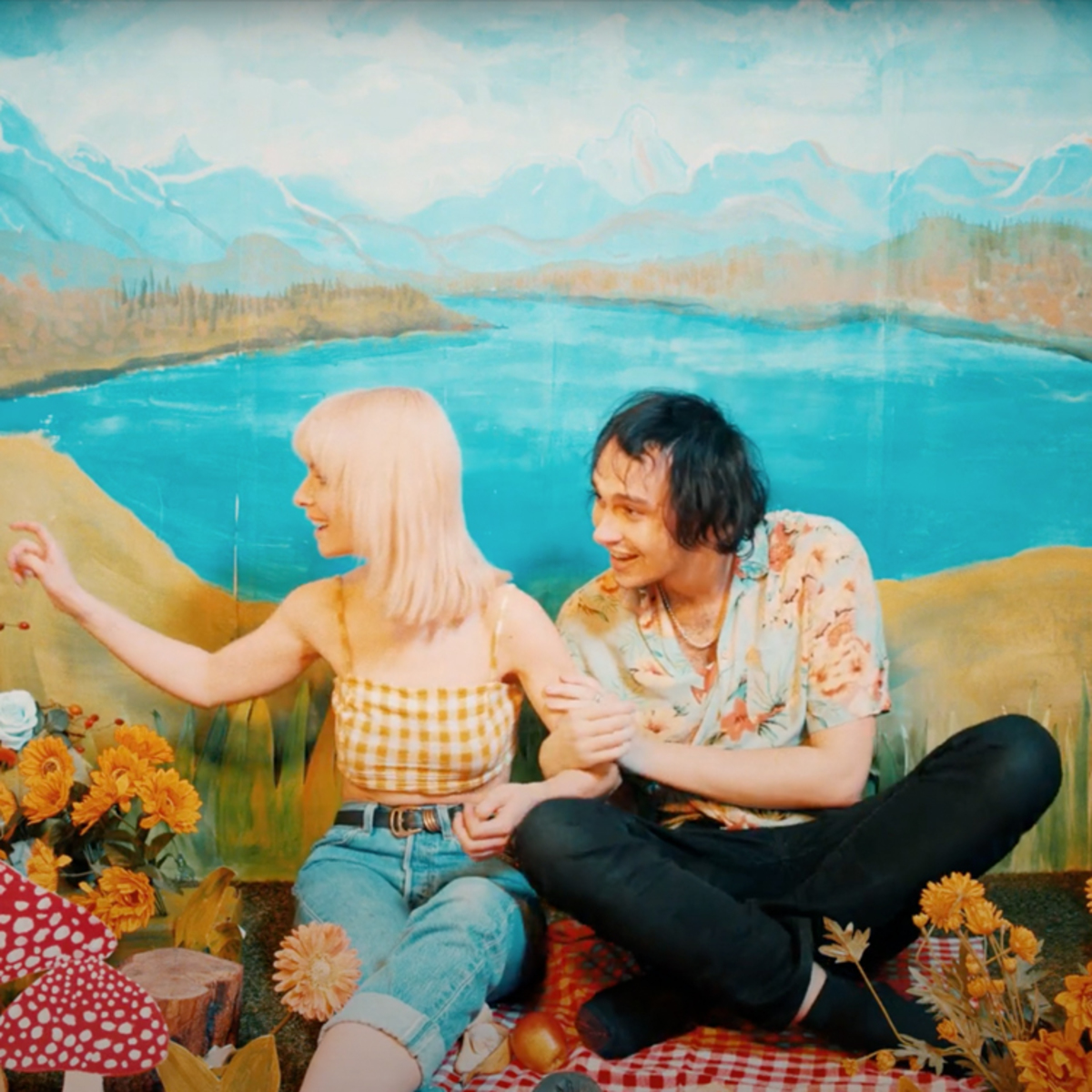 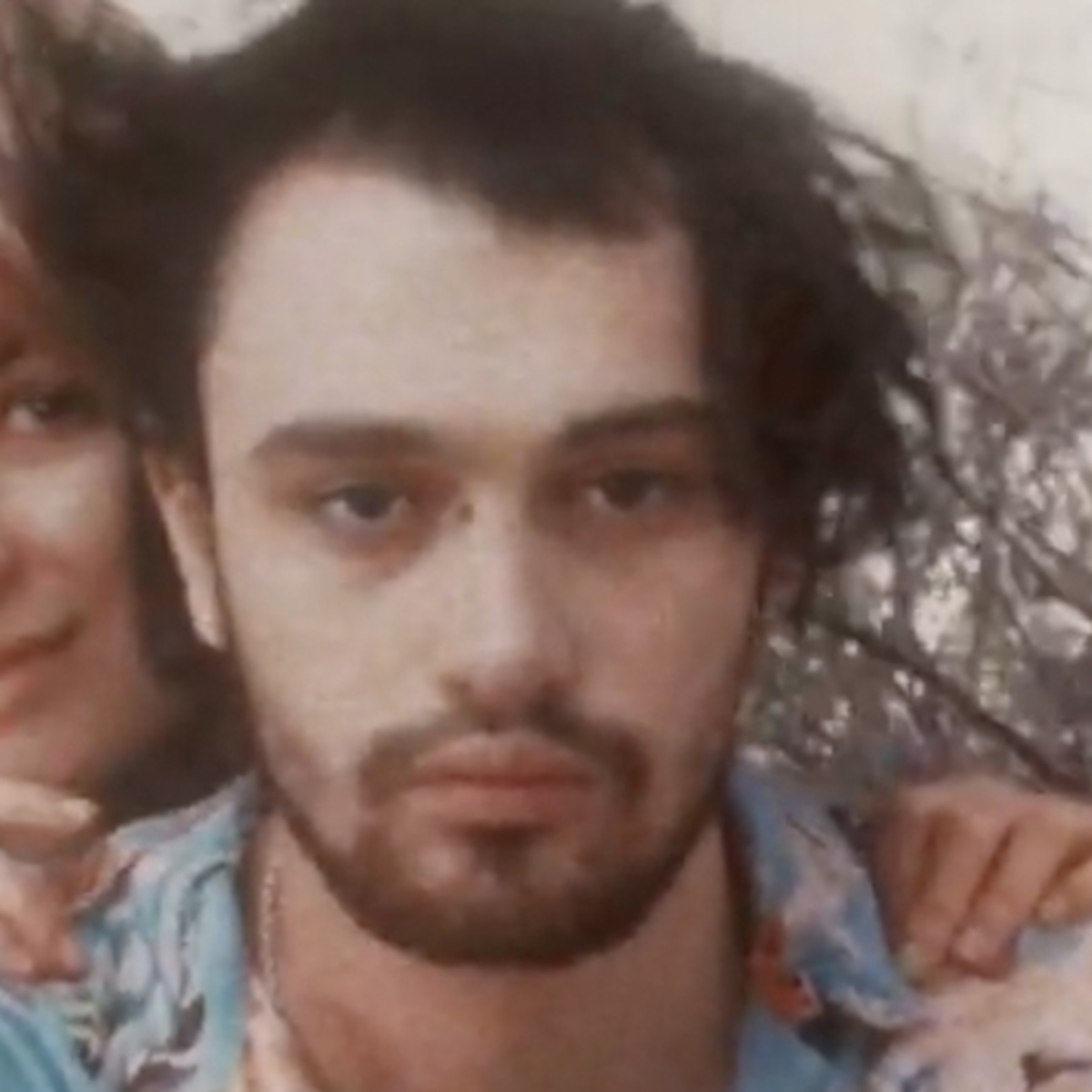 TTRRUUCES Release Official Video For 'Something Inside'
Read More 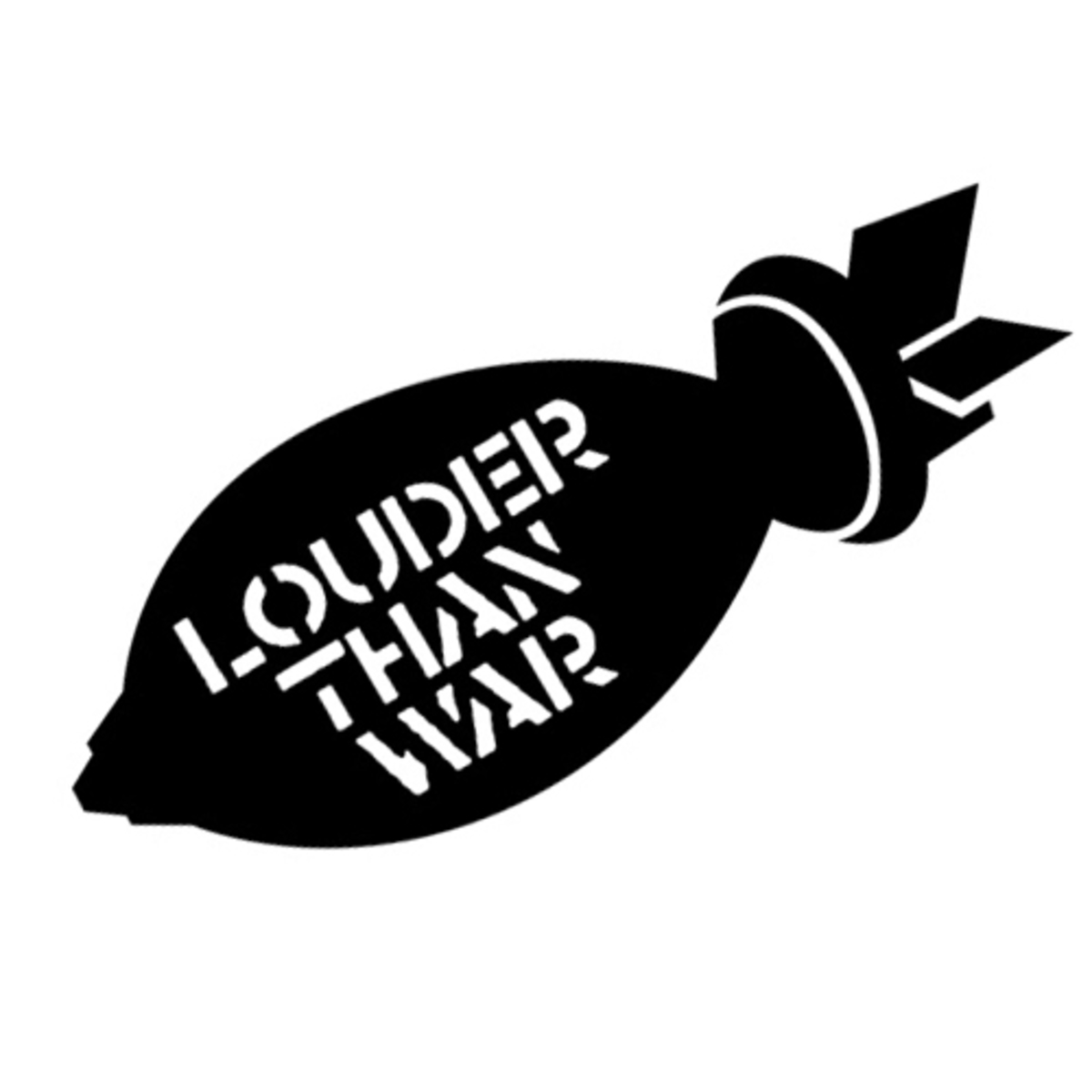 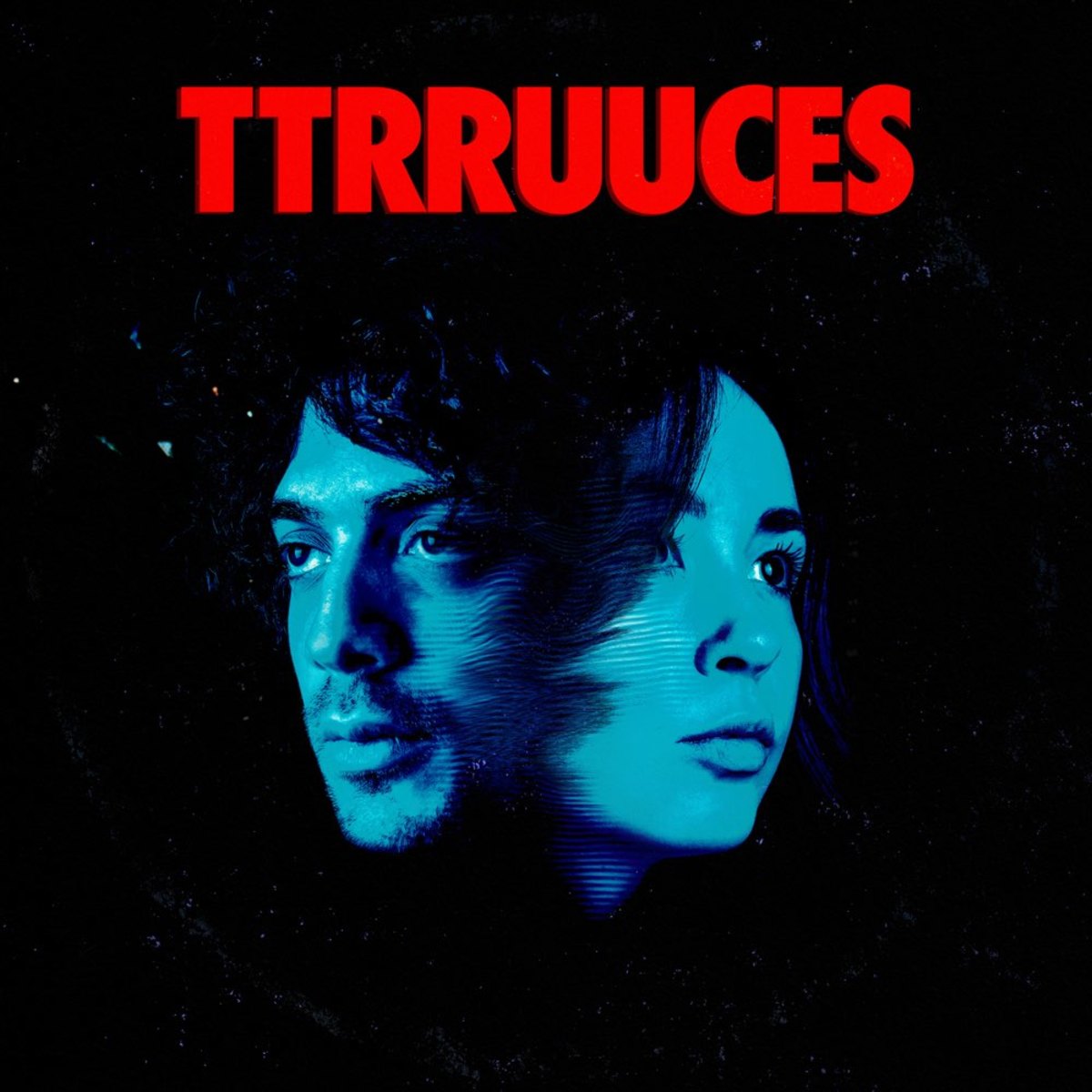 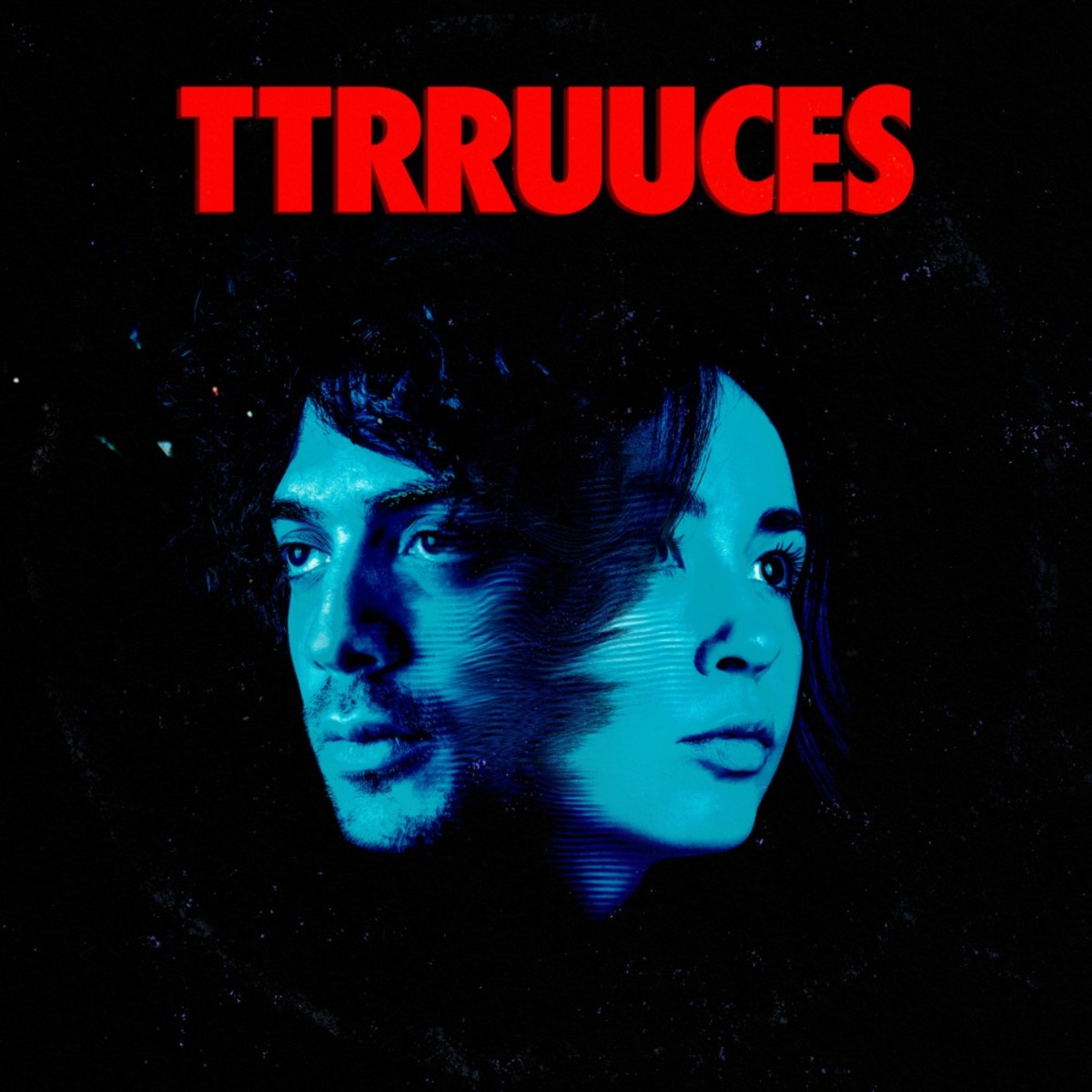