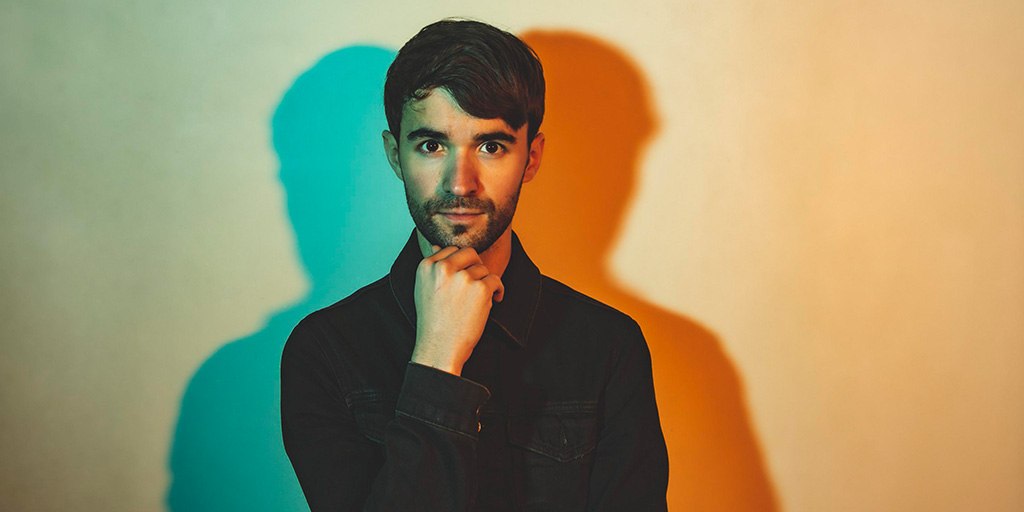 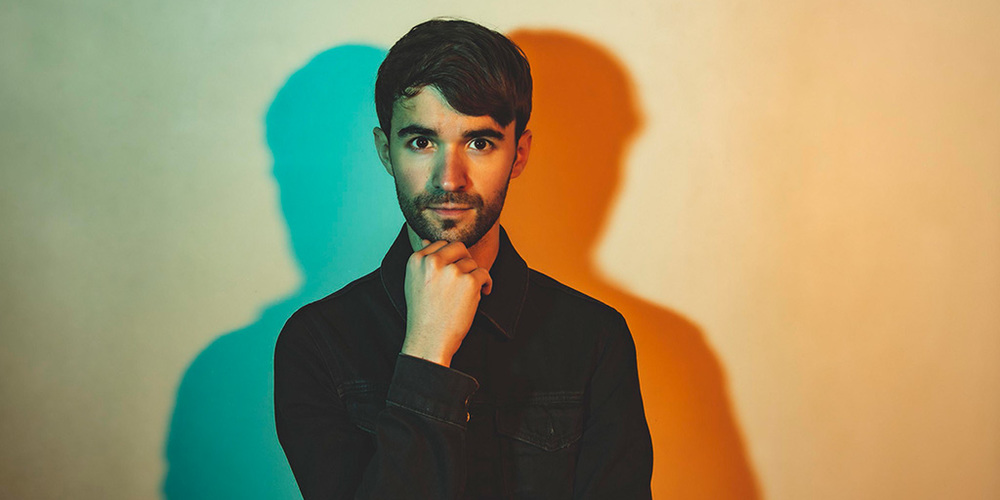 One need only look at the cover illustrations for OUT OF THE DARKNESS – and its associated singles – to recognise that the central theme behind GIZMO VARILLAS’ third album is one of metamorphosis. In the years since his debut, 2017’s El Dorado, he’s developed from bedroom artist to one surrounded by other musicians, even living legends, while at the same time confronting, and reflecting upon, his own struggles. His last album, 2018’s Dreaming Of Better Days, found him trying to maintain his – and our – optimism while faced by a world that seems to have lost its way, but this triumphant third album was largely inspired by the events, both political and personal, that have since followed, and his efforts to overcome the problems they’ve presented.

These last two years haven’t been the easiest for the London-based Spaniard, whose music effortlessly combines styles from across the world, drawing upon his multicultural background and then extending its horizons yet further. Quite apart from troubling situations in both his adopted home and his motherland, Varillas found himself battling his own issues while also making the difficult transition, as an independent artist, from part-time to full-time musician. “OUT OF THE DARKNESS,” he confesses, “is a collection of songs about transformation, and about making it to the other side. This past year I’ve reflected a lot on the dark times I’ve overcome in my life. The theme came to me quite naturally.”

That’s not to say such elements have rubbed off in especially bleak fashion. Varillas has always succeeded in expressing himself in a naturally, pleasingly bitter-sweet manner, and OUT OF THE DARKNESS offers plenty of those pleasures while exploring new approaches to his distinctive music-making. The effervescent ‘Born Again’ finds him at his most upbeat, its joyous inclinations indicative of the greater influence that both Afro-disco and funk have played, while, for the first time, he employs strings – arranged and performed by Rob Lewis – on four tracks, most notably the carefree ‘Writing’s On The Wall’. The surprisingly anthemic ‘Burning Bridges’, furthermore, represents his urge to write a protest song that eschews the acoustic guitar in favour of synths, instruments he’d never employed before, and ‘Cold’, which draws upon the difficulties he and his partner of ten years have sometimes faced, is probably the most personal song he’s released to date.

In a further break with habit, Varillas worked with other musicians during recording to help capture the energy for which his shows are known. Both bassist Mike Kenna and drummer Jesper Lind are present, and that’s not to mention, on the unflappable ‘Saving Grace’, one of his heroes, legendary Afrobeat drummer Tony Allen, musical director for Fela Kuti’s Africa 70 as well as, more recently, a fundamental component of The Good, The Bad & The Queen. “As soon as he arrived at RAK studios and laid down the first five seconds of the beat,” Varillas laughs, “I leapt in excitement. Working with him was one of my dreams.”

Varillas happily points out why, with his audiences growing across the UK and Europe, he would nonetheless choose to tweak his formula. “I’m not the kind of person that likes to repeat something,” he says. “I’m always trying to innovate and better myself in one way or another. Every album’s been a progression, and a learning experience too. I love that my music’s constantly evolving.” On OUT OF THE DARKNESS – written, recorded and produced over the course of a year but, in another suspension of his DIY tradition, mixed by South Africa’s Ewald Jansen – that questing nature has resulted in his most introspective yet frequently uplifting work yet. It finds him approaching his 30s, “talking to my younger self, to my present self and the world at large. I’m very connected to these lyrics because they come from personal experiences. Each song represents a different situation I’ve faced within myself to come out of the darkness. It’s a process we all need to go through.”

As he suggests, Varillas, like most people, isn’t unacquainted with adversity. As a child, he moved with his parents between Spain – where he was born in Santander, in 1990 – and Great Britain, where, until his parents split, he spent six years from the age of four, and to which he returned with his mother some years later. “Changing school and country that much set back my confidence and self-esteem,” he says. “No matter where I was, I was always the outsider. I was bullied, and as a shy kid I quickly started closing myself off from everyone. I felt a lack of sense of belonging, which I think was the root of my withdrawal. I started to skip school, food and sleep, compulsively playing video games, not wanting to socialise at all. In the end I found myself alone and depressed. But, as I’ve learned the hard way, that’s not how to deal with being bullied.”

Instead, Varillas has developed a sense of empathy, and it’s most likely one of the things which lies at the heart of his appeal. Both the gently funky ‘Love Over Everything’, which opens the album with the alluringly melancholic sound of a charango, and the redemptive ‘Rise’ – with its crucial sentiment “Time will reveal/ How these wounds will heal” – touch upon such issues, and on the hushed ‘A Silver Lining’ he seeks to “face my fears head on”, while the level-headed ‘Keep Shining On’ concludes, “It’s time I changed my ways”. He also describes the more intimate ‘Danza De Sombras’ as “a love song for humanity which talks about the constant dance between good and evil, and how they can’t exist without each other”. As for ‘Saving Grace’, one of the first songs he wrote for the album, it pays homage to music itself.

“One thing I’ve learnt over the years,” he explains, “is that we all turn to music for healing. One of the best feelings is having an audience sing with you. Nobody’s thinking about their next day of work, what they need to buy in the shop, or about the argument they had earlier that day. It’s one of those rare occasions when people of different views, nationalities, races share a pure love.” Of course, Varillas’ music is itself emblematic of unity, its influences reaching across the globe. He draws upon sources like charango virtuoso Jaime Torres and contemporary film composer Gustavo Santaolalla, whose ‘De Usuahia a la Quiaca’ provoked ‘Danza De Sombras’, while his love of jazz helped colour ‘Writing’s On The Wall’, and sub-Saharan African pygmy music ‘Out Of Darkness’. “It’s blissful,” he enthuses, “and I was obsessed with their indigenous flutes while I was recording it.” He also owns up to a fondness for ‘80s pop. “I don’t listen particularly excessively to it,” he emphasises, “but I love the synths!”

If there are other echoes within the record, coincidental or otherwise – from Manu Chao to Paul Simon – one man whose influence is more spiritual than musical is Bob Marley. “He took universal ideas,” Varillas says, “and wrote in unambiguous language that everybody can sing to. There’s a universal truth that we all connect with, and it’s those things that remind us we are all a lot more similar than we think. I like the idea of taking complex issues and delivering them in a straightforward way.” The technique’s always worked well for him, and continues to do so today. He recalls thankfully how, after he teased OUT OF THE DARKNESS with the midsummer release of its title track – which, coming as it does at the album’s end, represents what he calls “the light that you were looking for” – he received messages from fans who told him it had resonated with them. “They connected with the song,” he says, “as they were also going through struggles at the time. One person even got a tattoo of the artwork on their chest!”

One thread that continues to run through all of Varillas’ work – alongside his compassionate vocal style and irresistible hooks – is its optimistic character. Whether addressing specific issues like Brexit on ‘Burning Bridges’ – “These are the days,” he appeals, “that our hearts must align” –  or more general themes, as on ‘Love Over Everything, whose central thrust, “Hate is not the answer”, is expressed in explicit terms during its bridge, he’s always sought to accompany his fans on journeys similar to those he’s undertaken, providing comfort, hope and a means to express communal joy wherever necessary. “My biggest source of positivity comes from music. The alternative is to get caught up in negative thinking and I’d rather not do that. It’s a slippery slope from then on. We can become more nihilistic, pessimistic and defeatist, but I believe that’s just an easy way out. These days, with all the hate in the world, it takes a lot of courage to unify people. It’s much harder to be optimistic than pessimistic.”

It’s fitting, therefore, that the last song Varillas wrote for the album was ‘Born Again’, which concludes with the words “I'm not giving up”. “I had the title before the lyrics,” Varillas admits. “I knew it was going to be the last piece of the puzzle. It was hard to finish the song, but I didn’t quit until I did. All the other tracks were quite heavy on a personal level. ‘Born Again’ was the full stop. it was a relief to write it. I genuinely felt like a weight was lifted off my shoulders.” 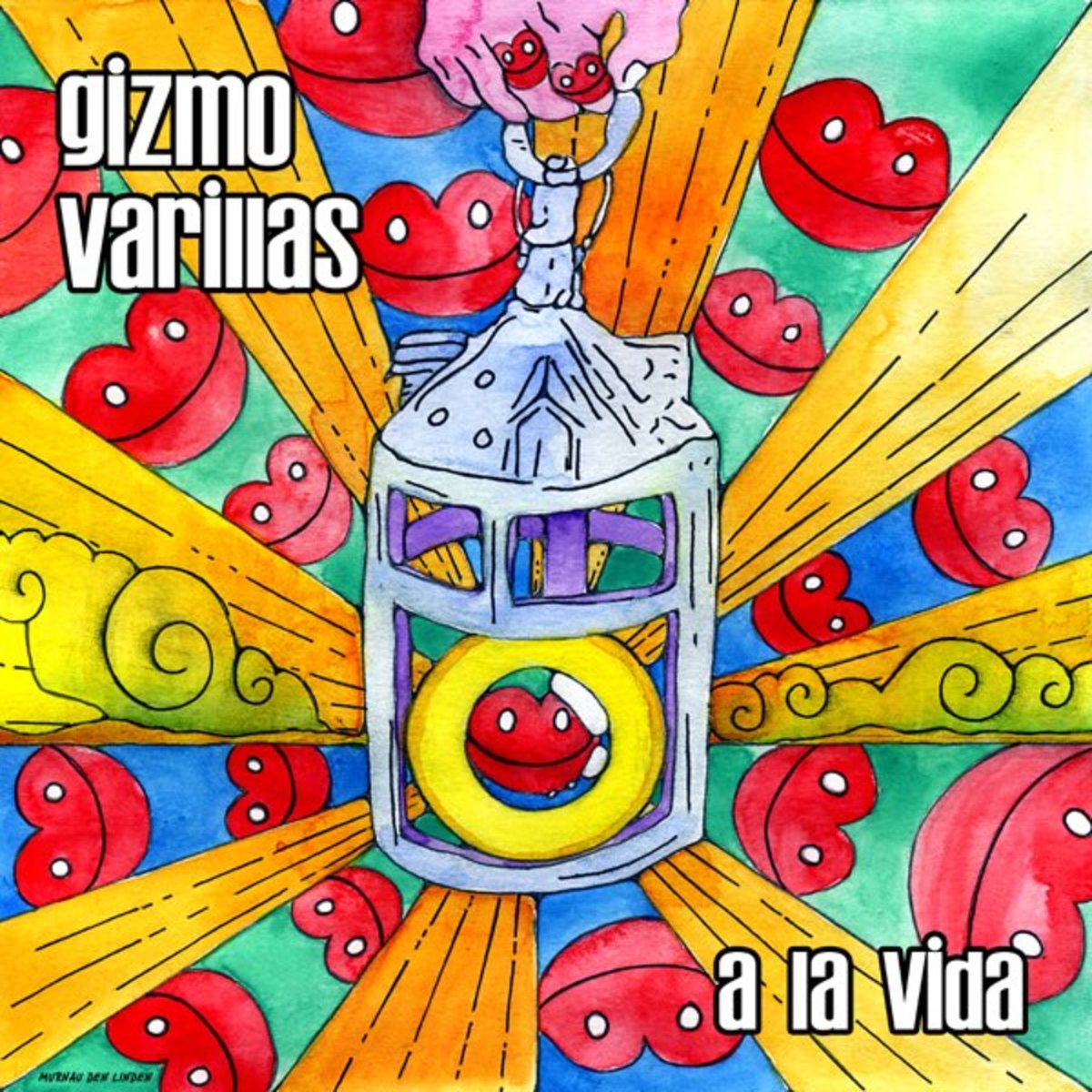 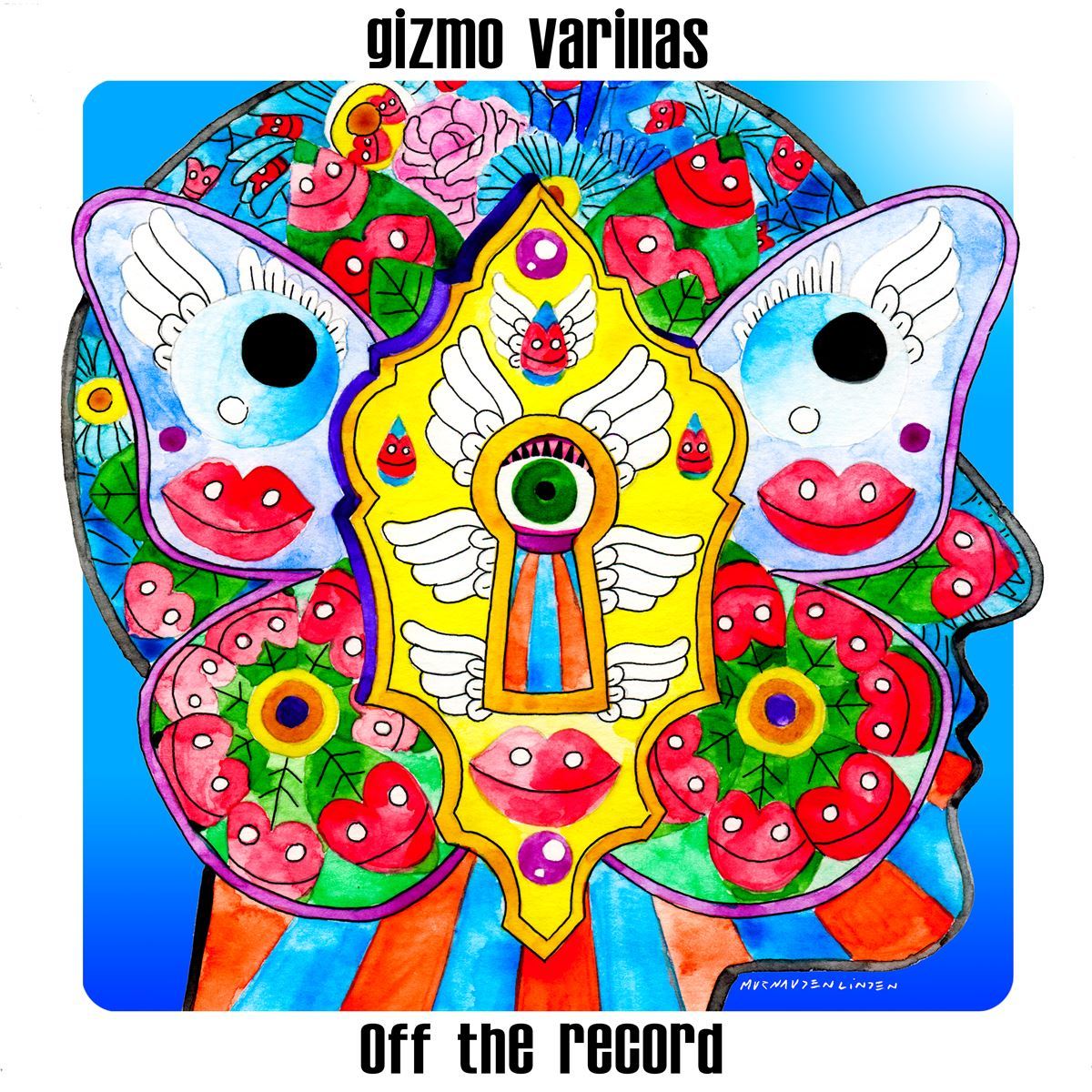 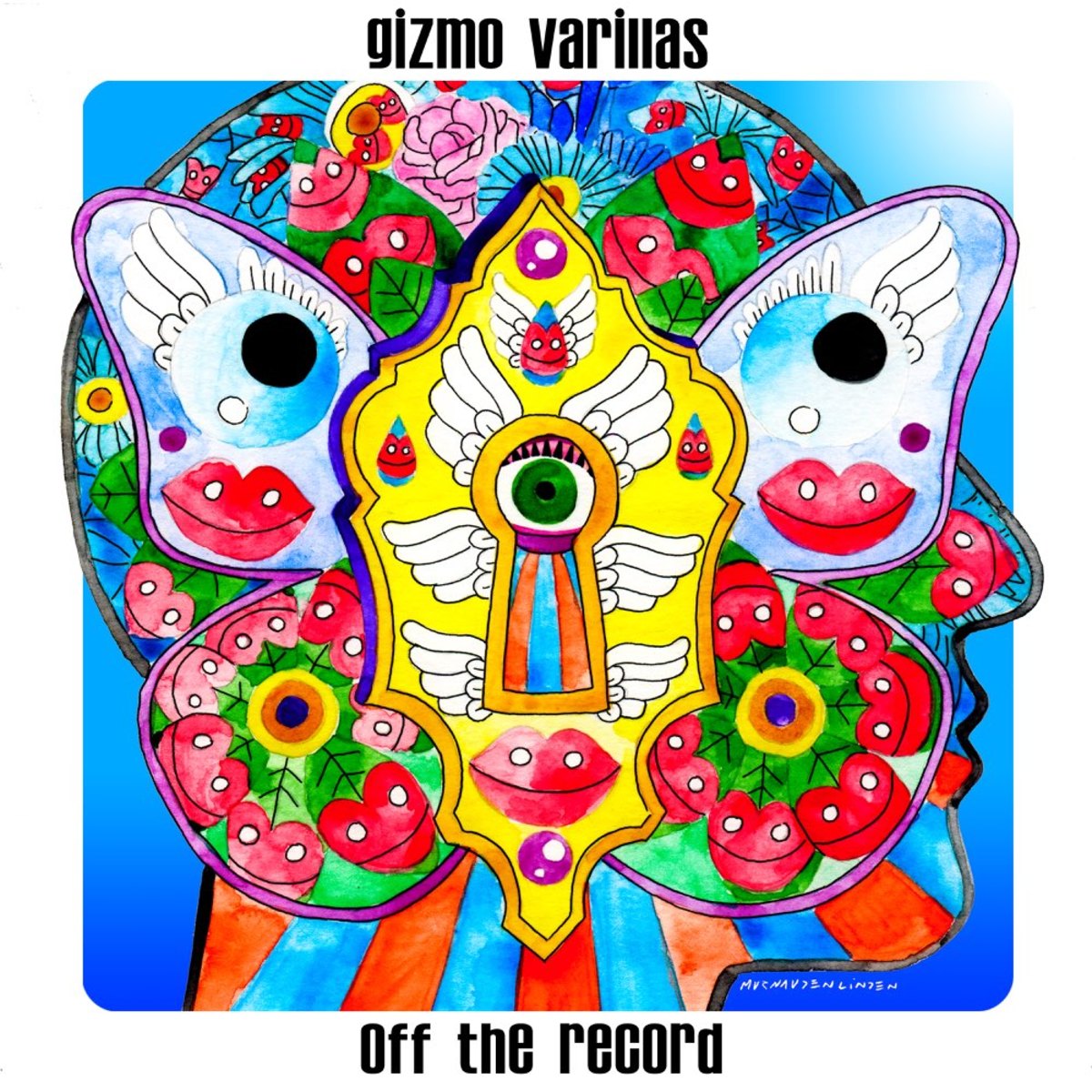 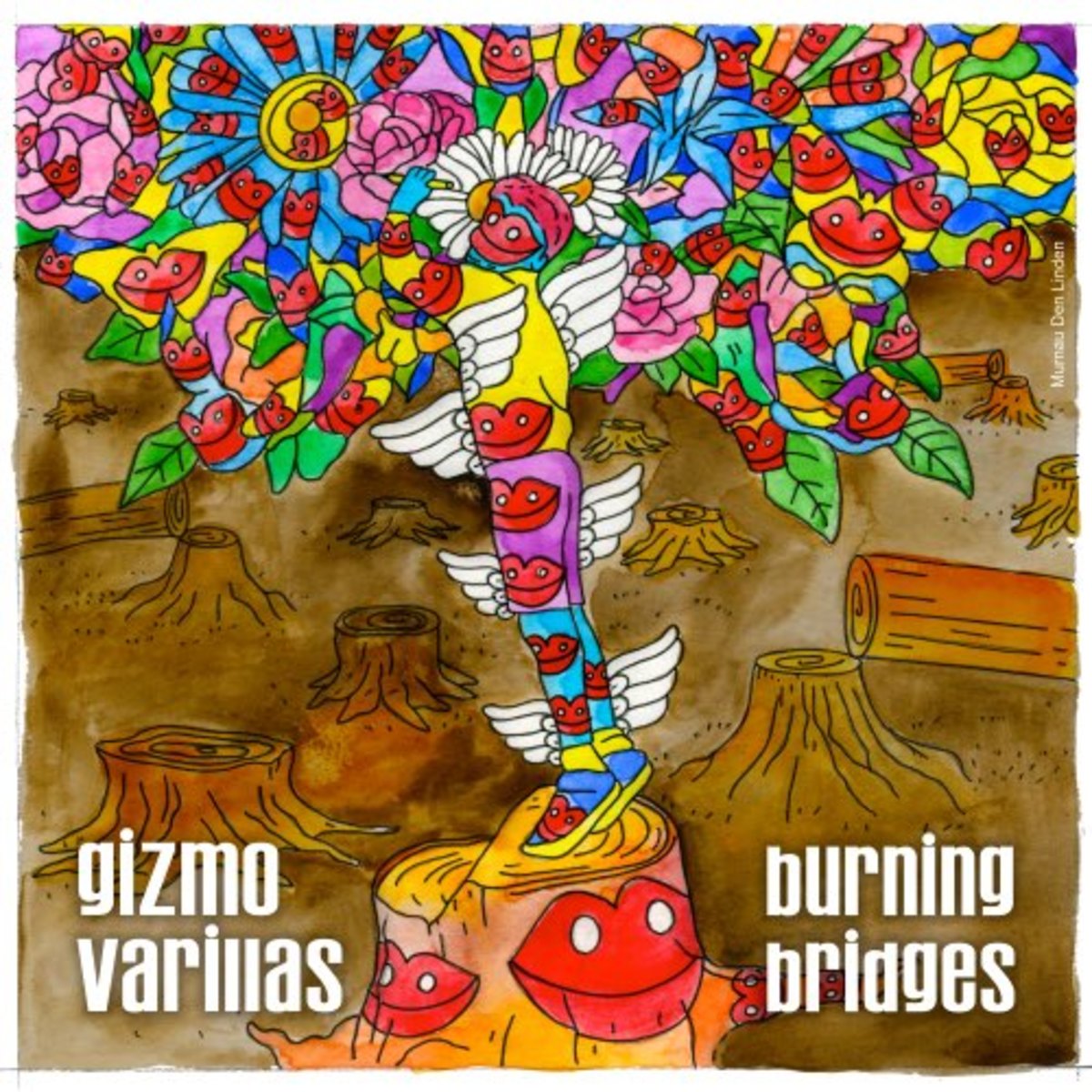 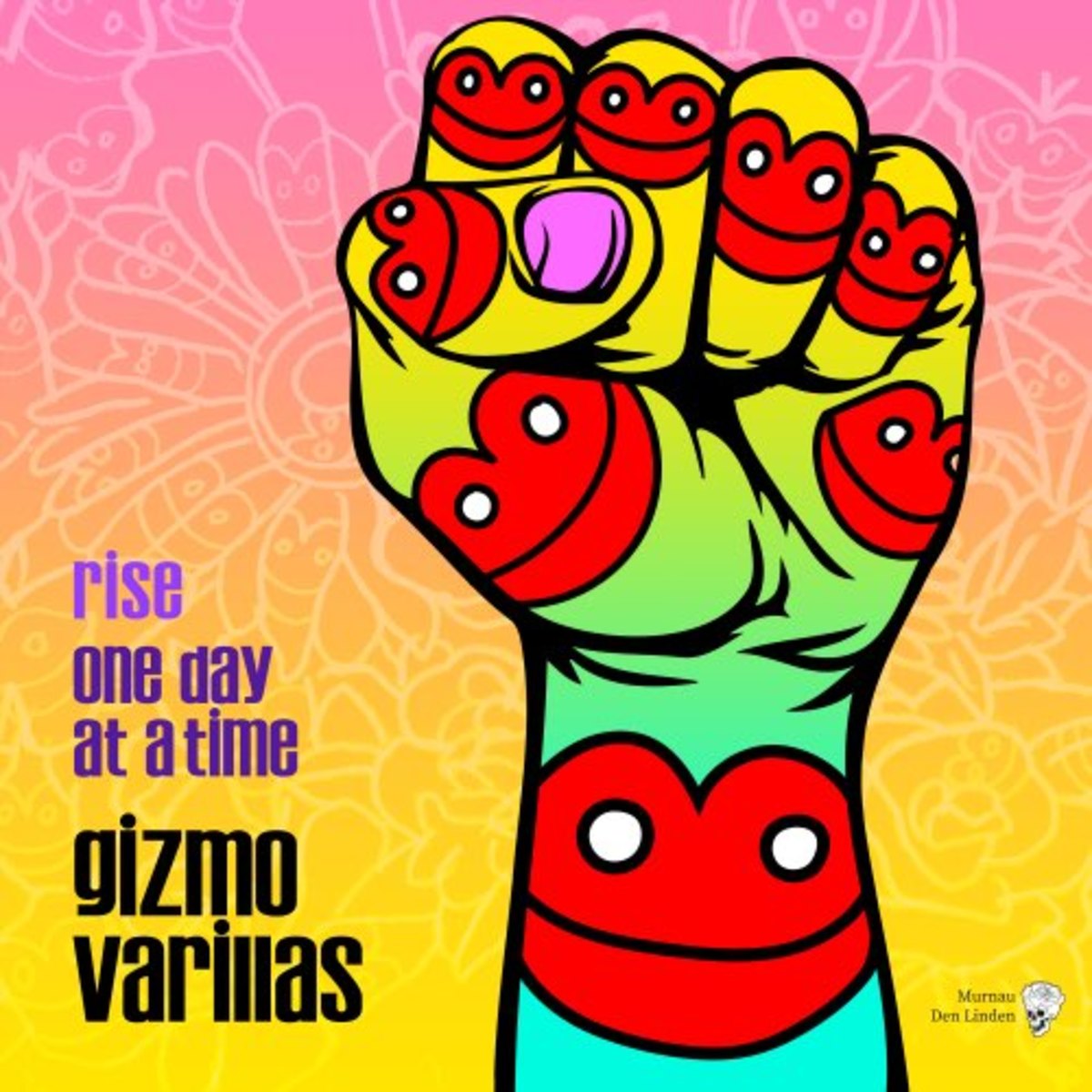 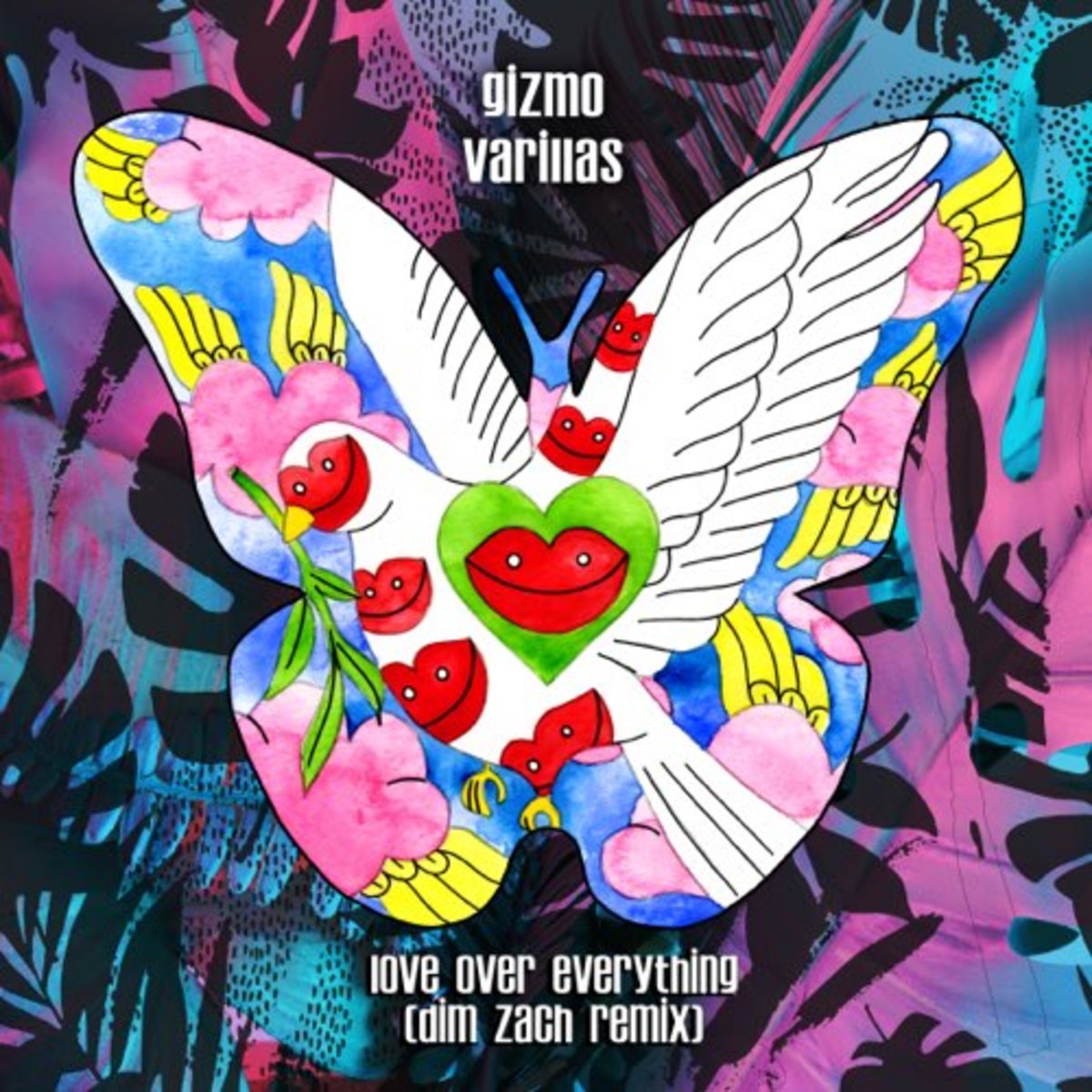 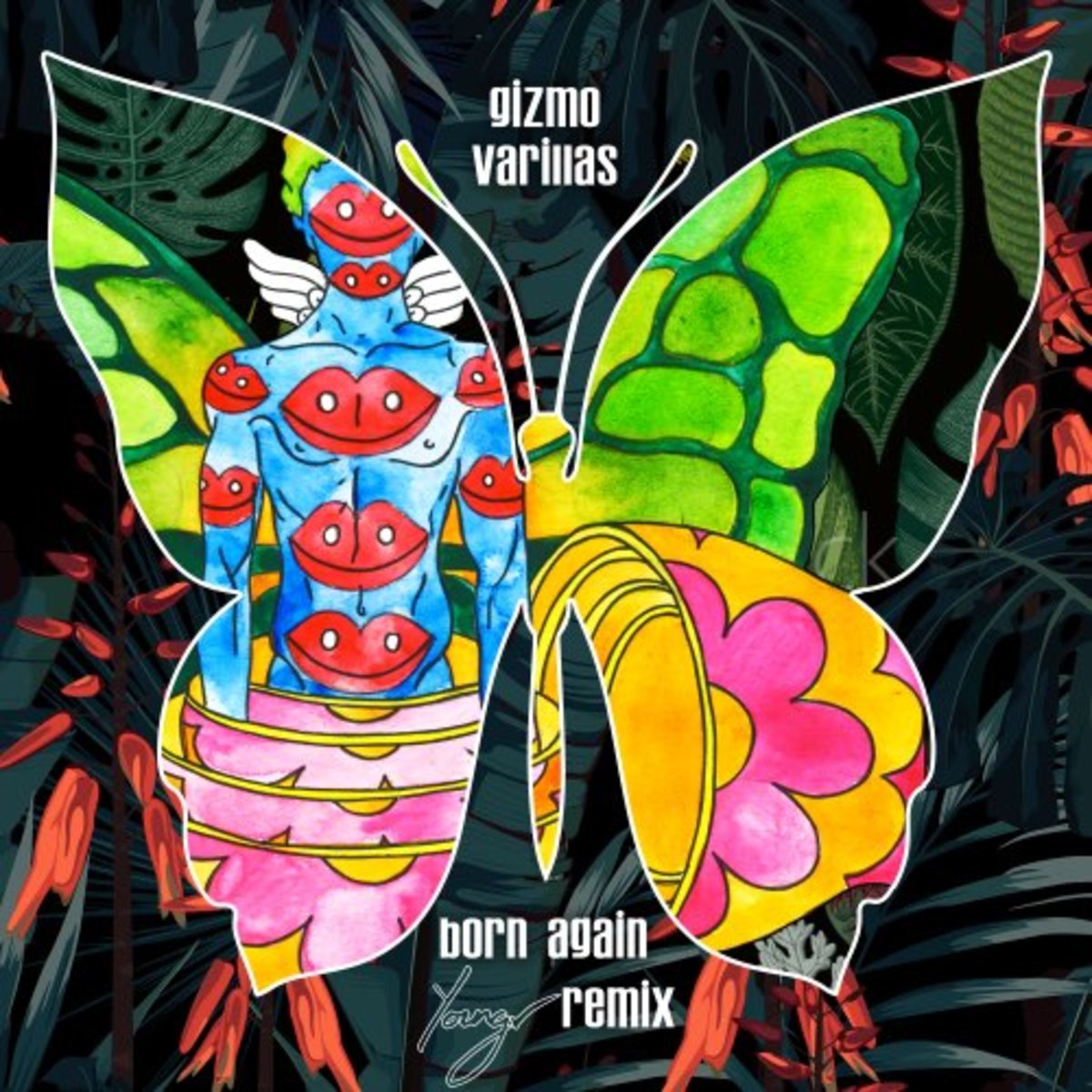 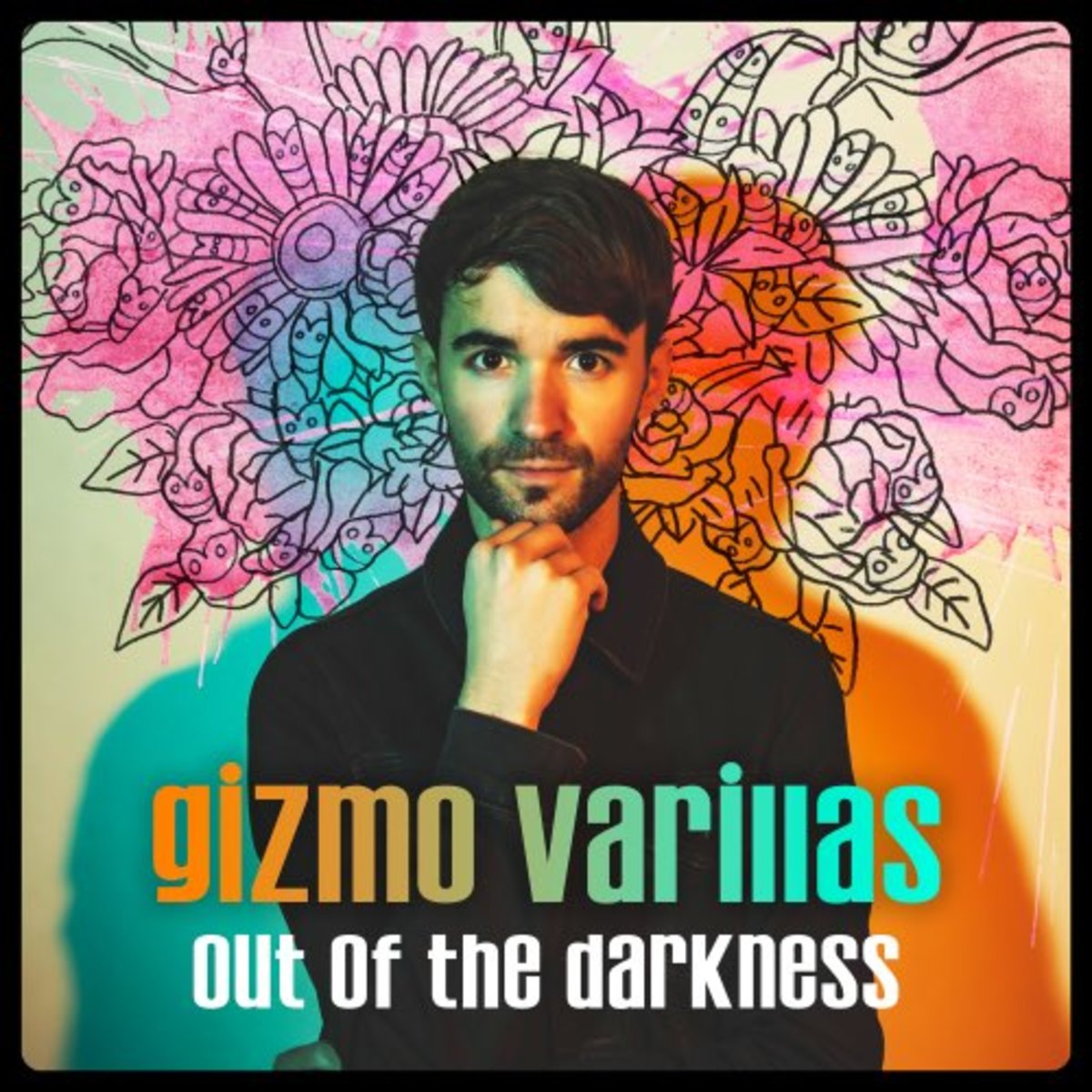 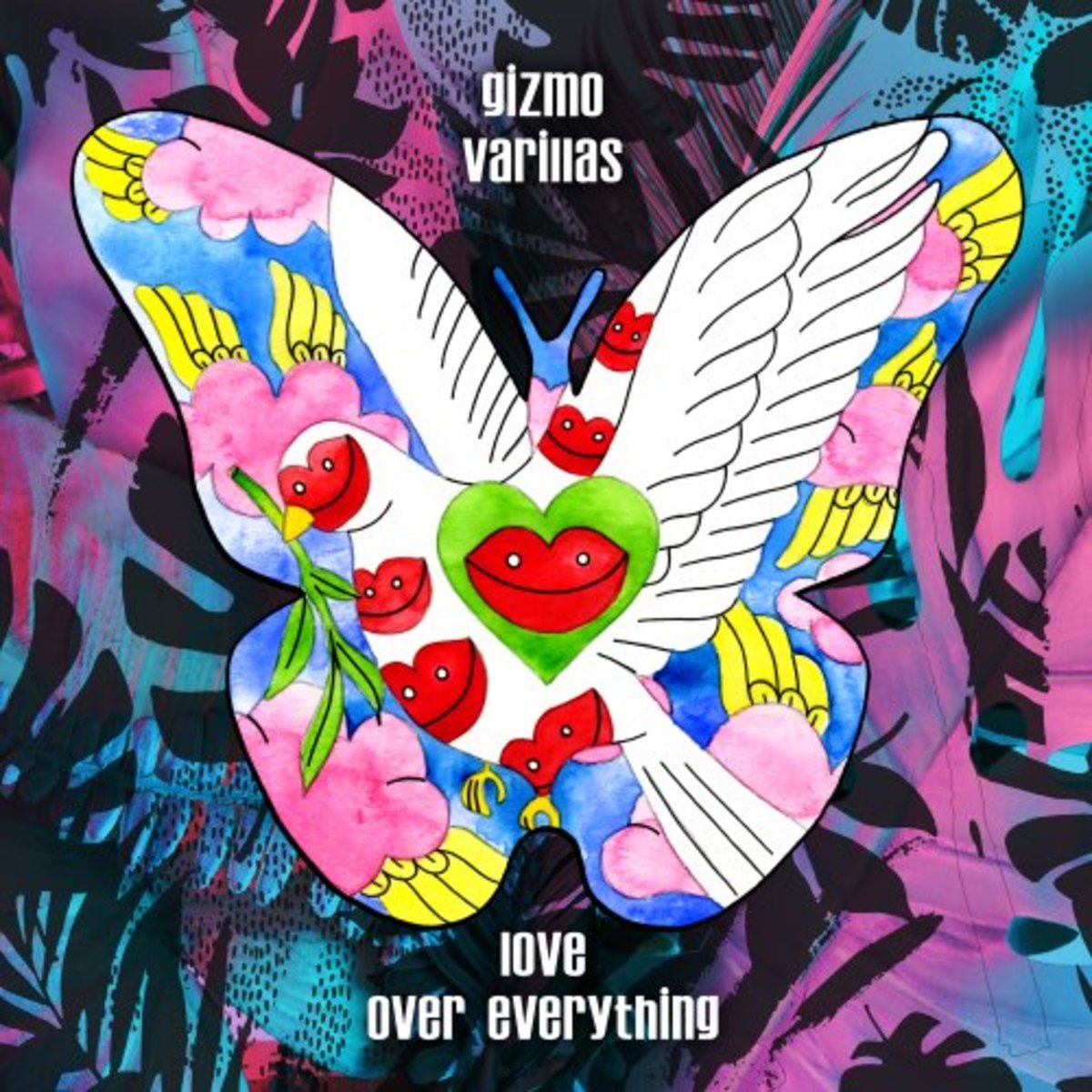 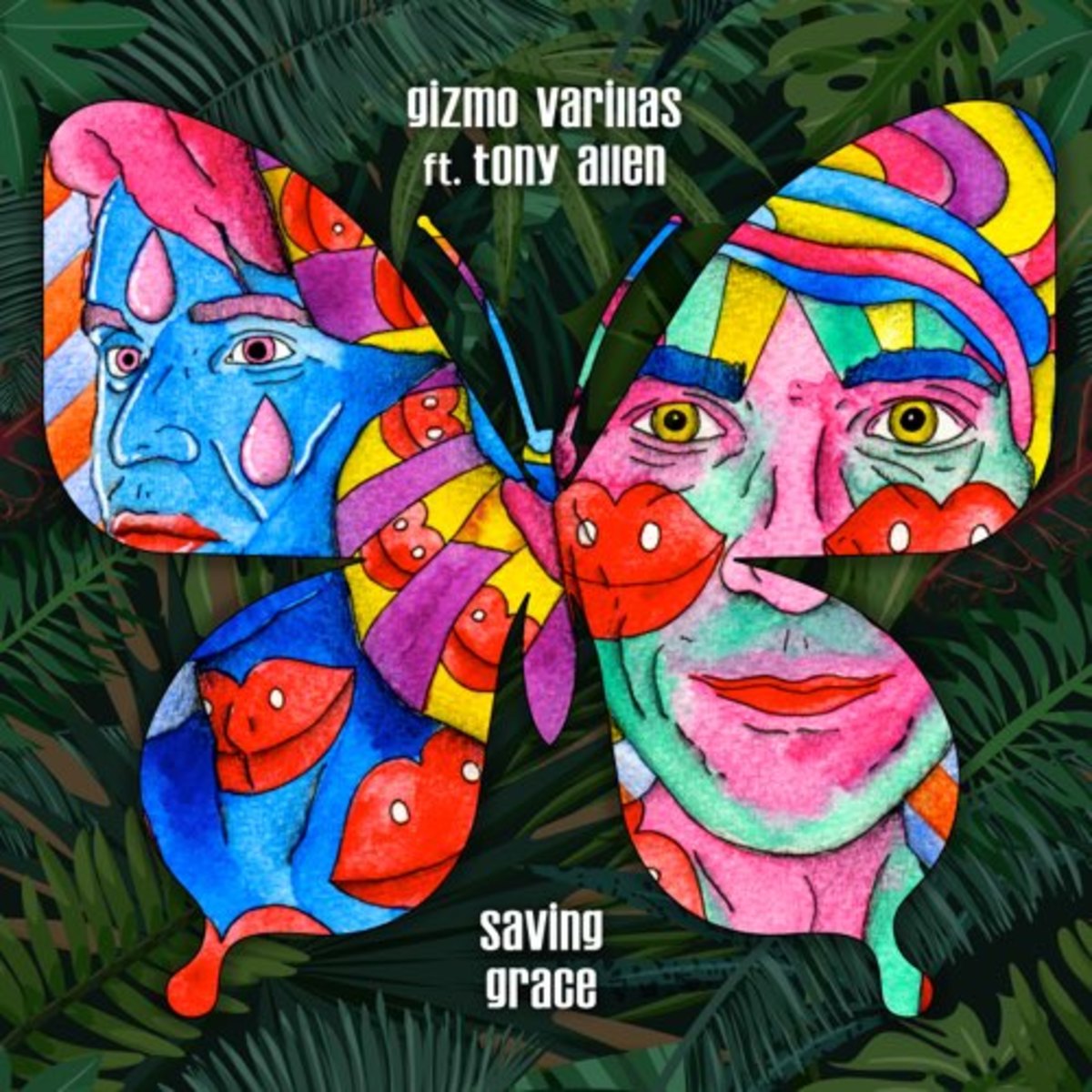 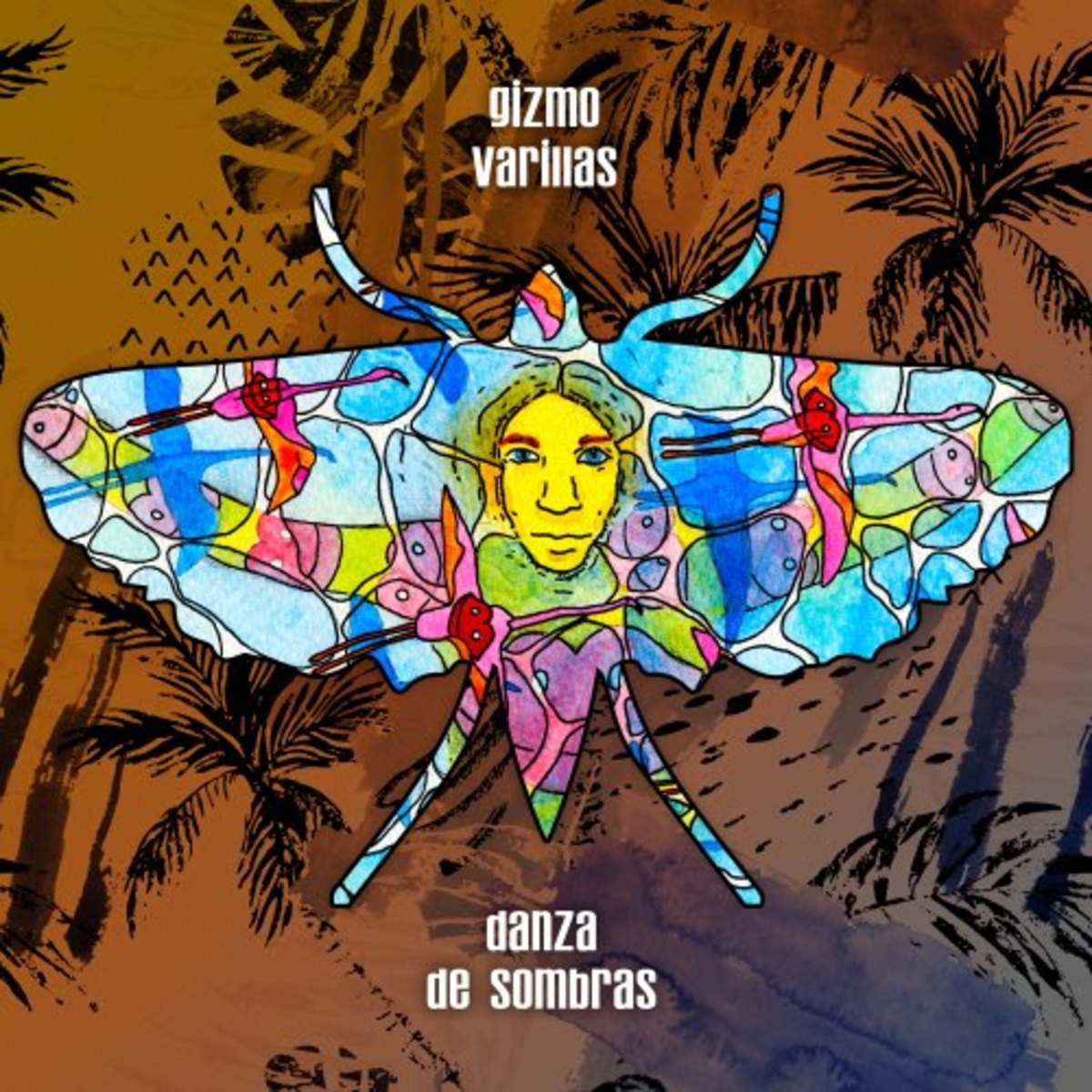 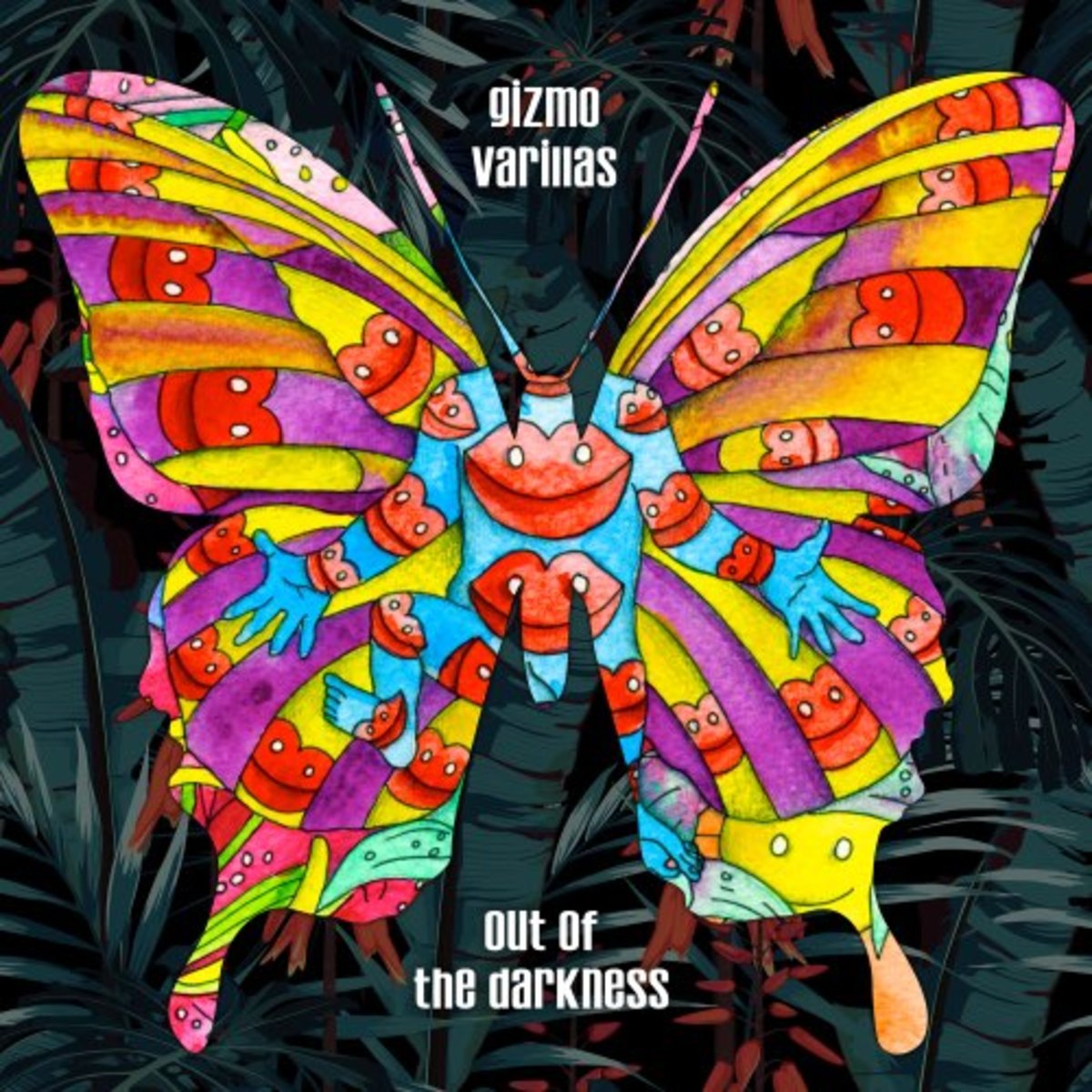 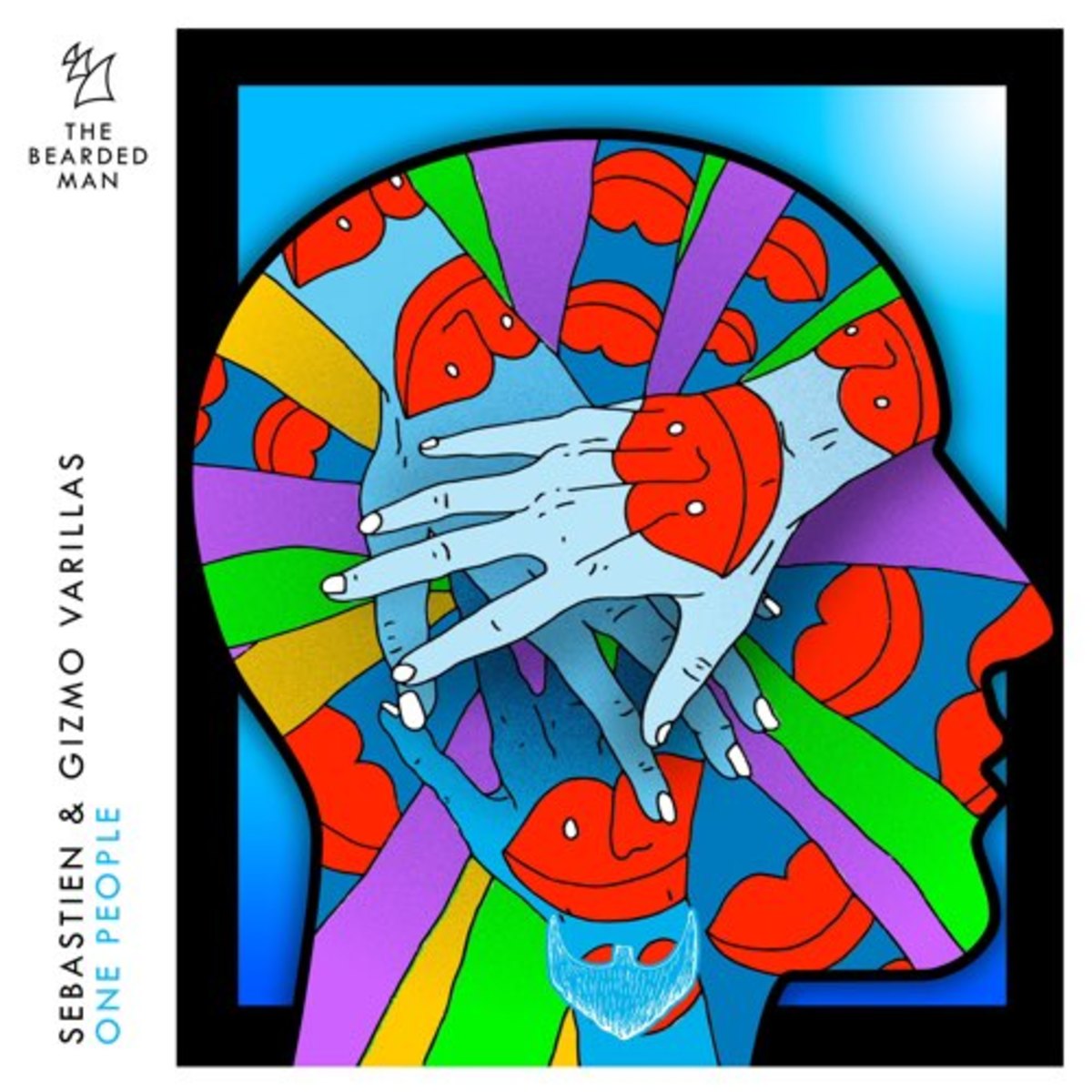 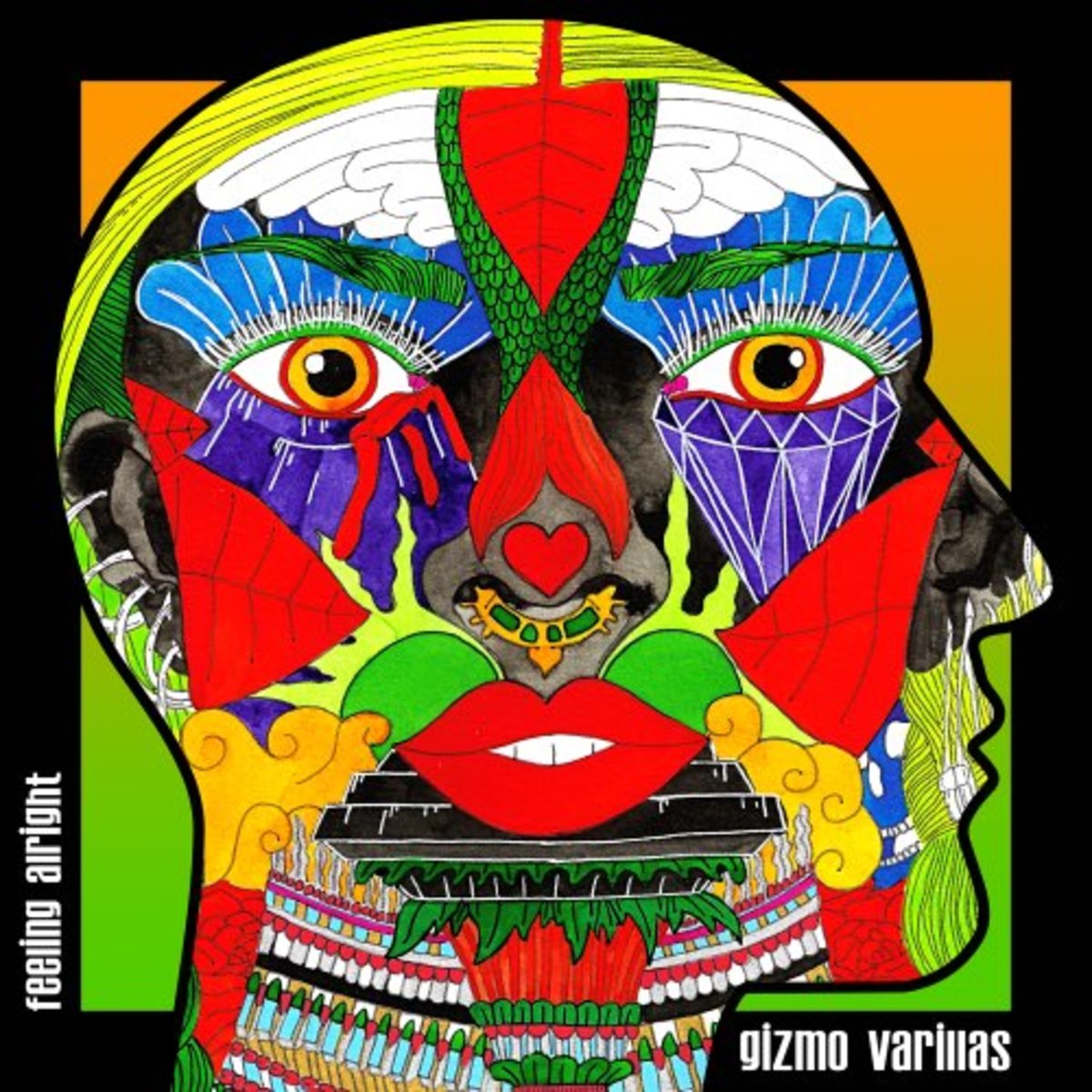 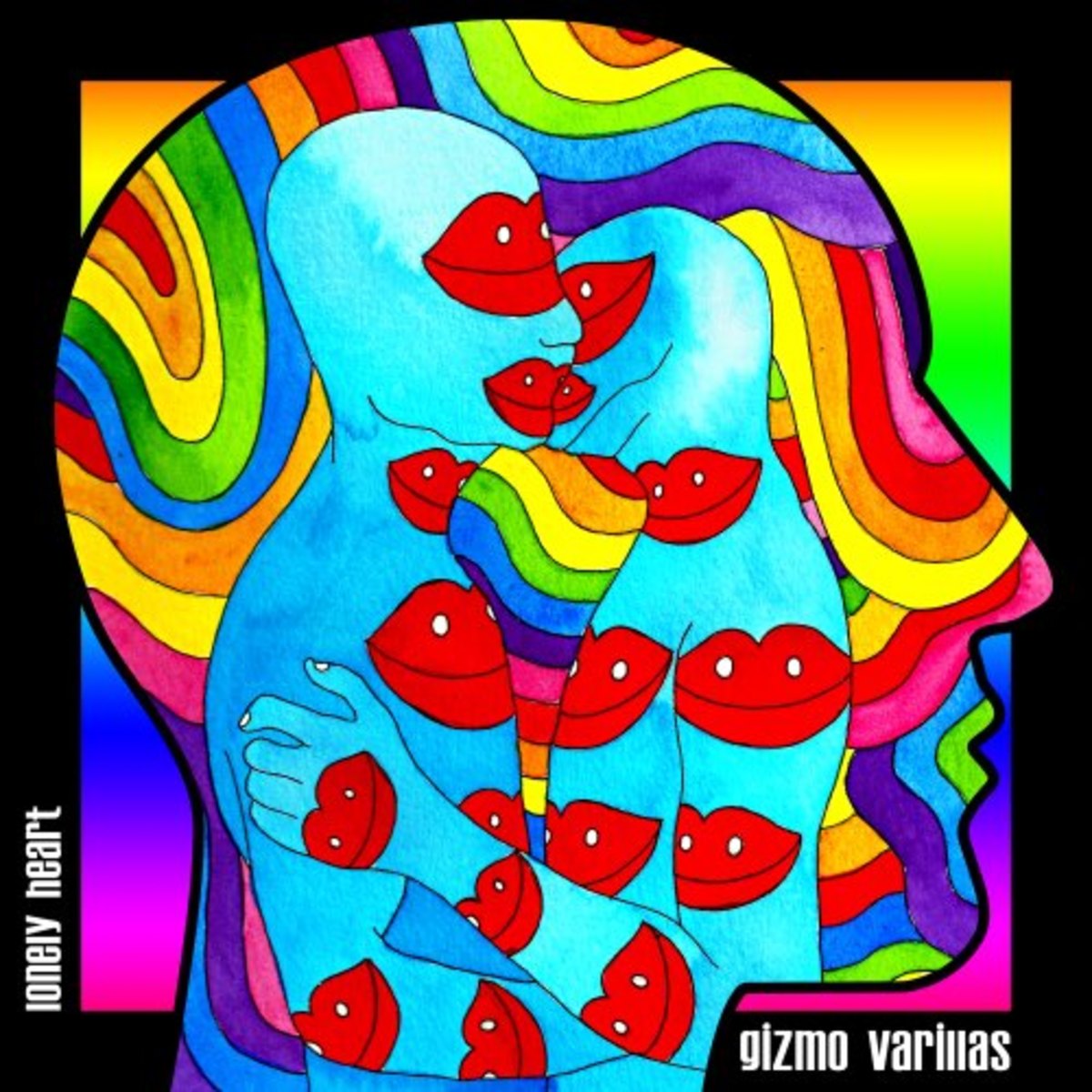 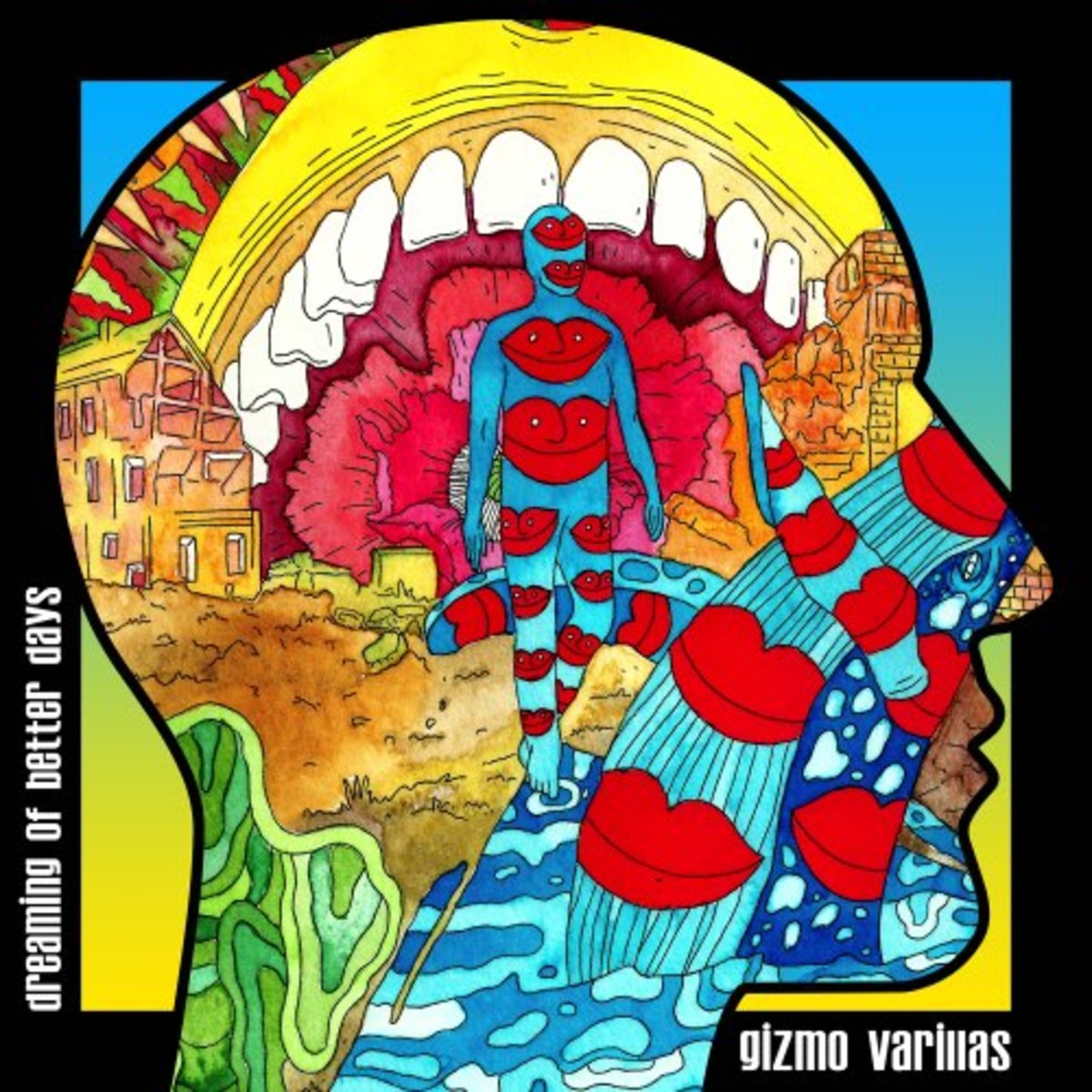 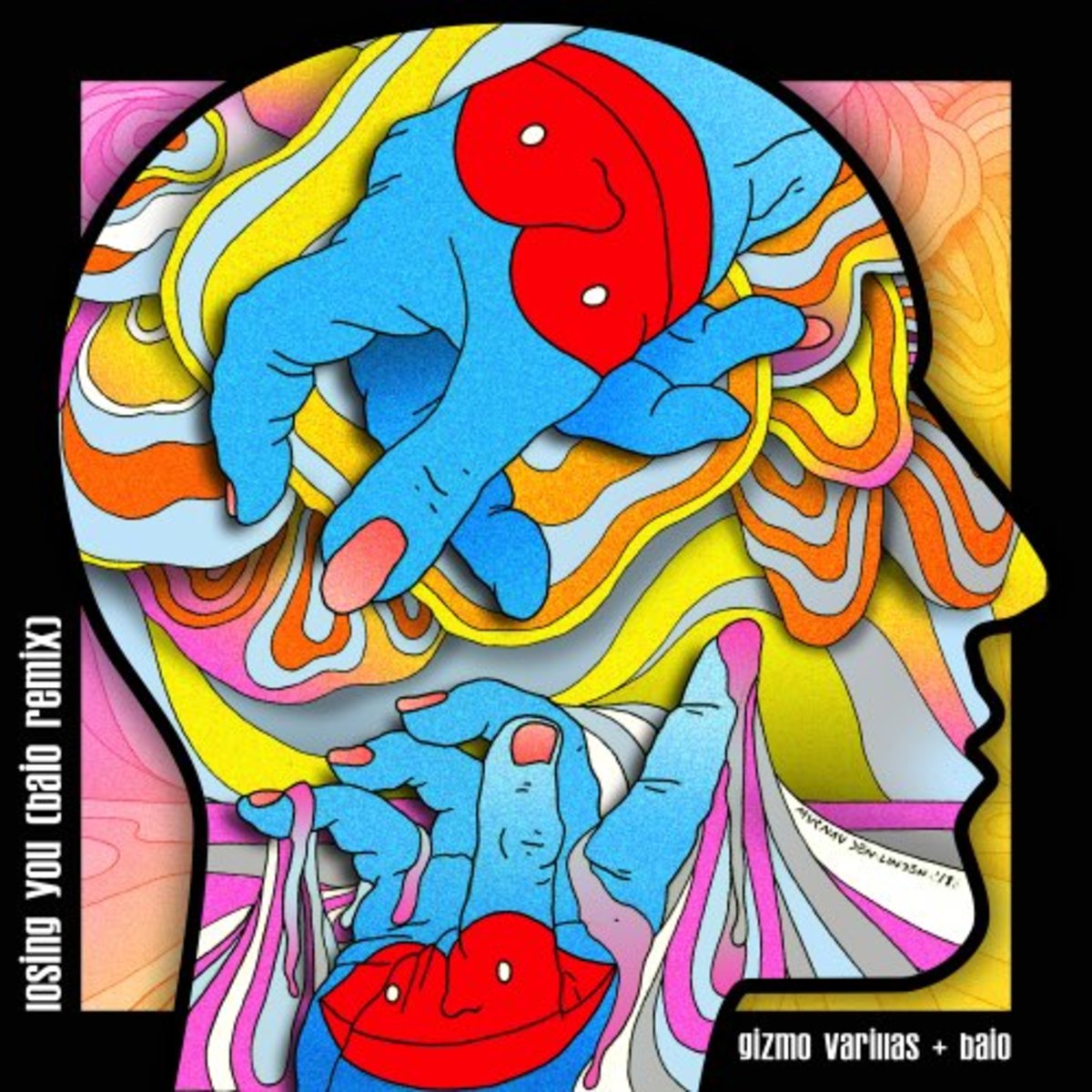 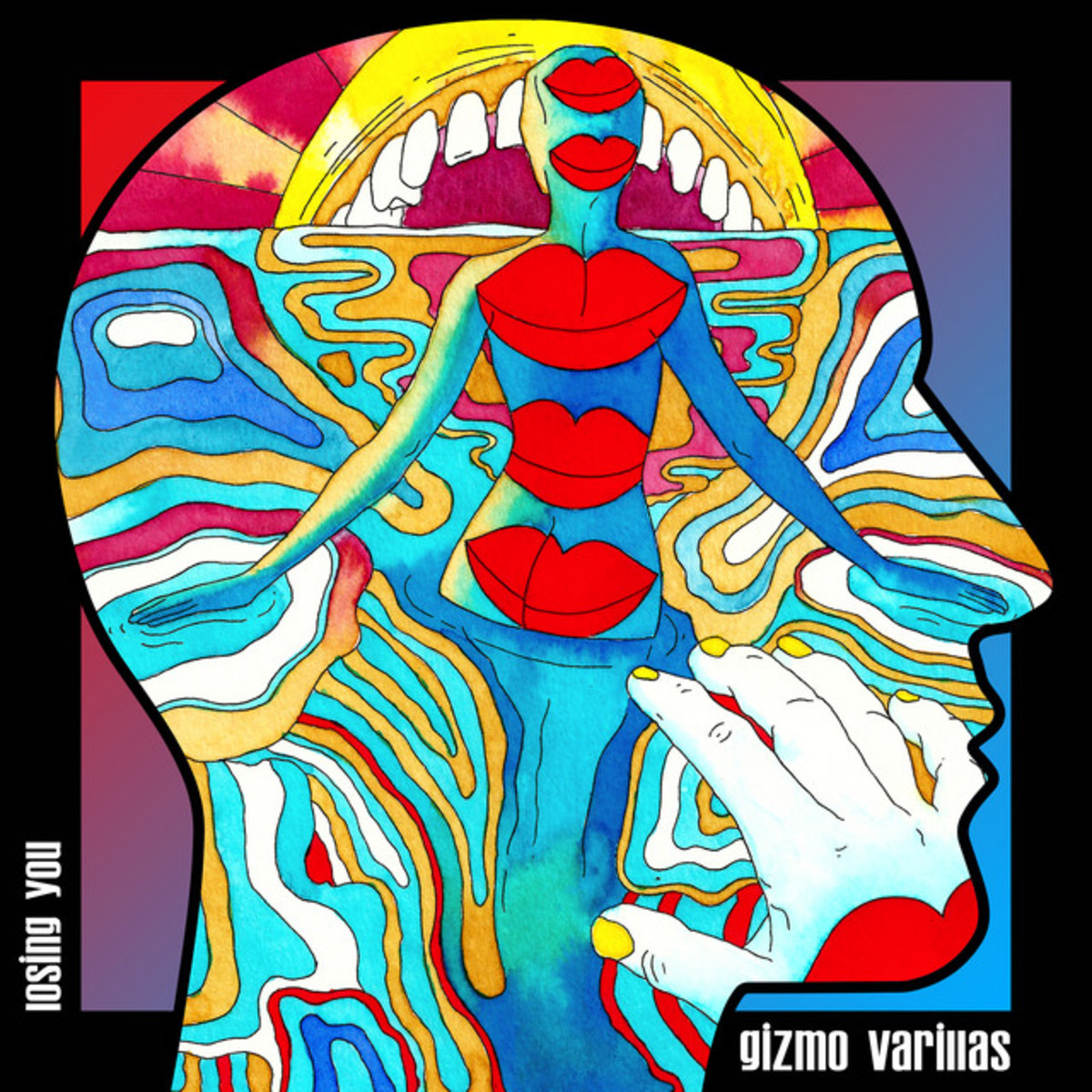 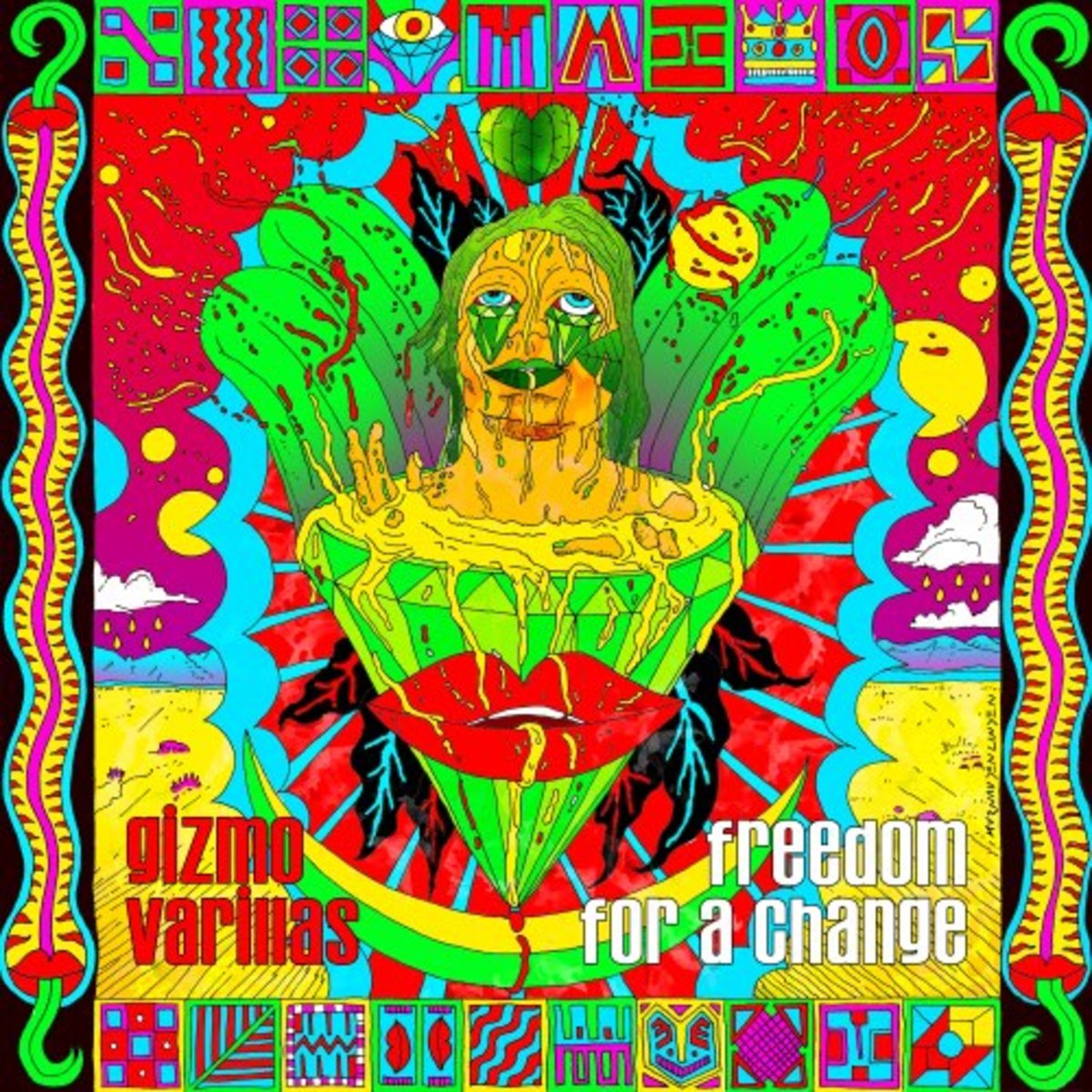 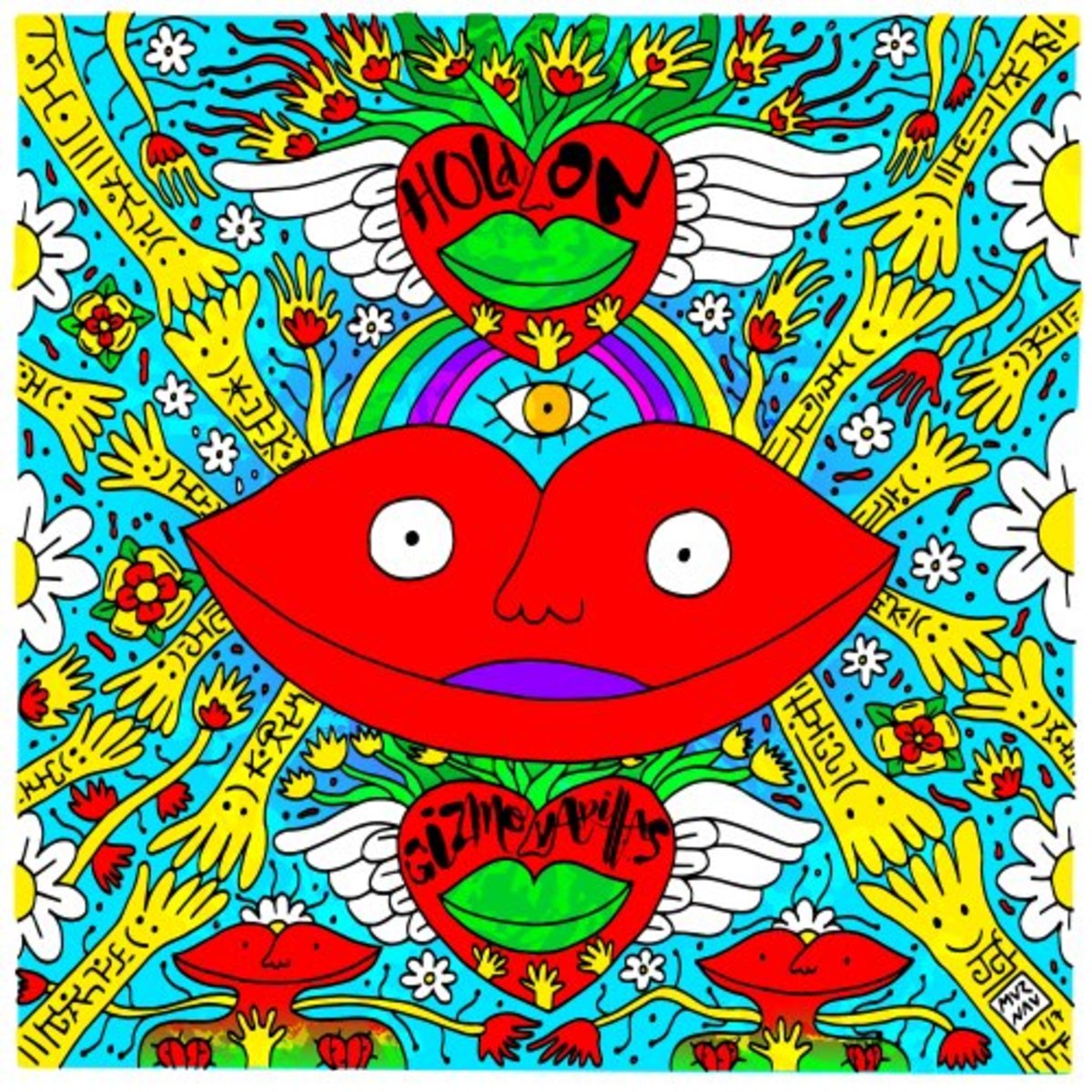 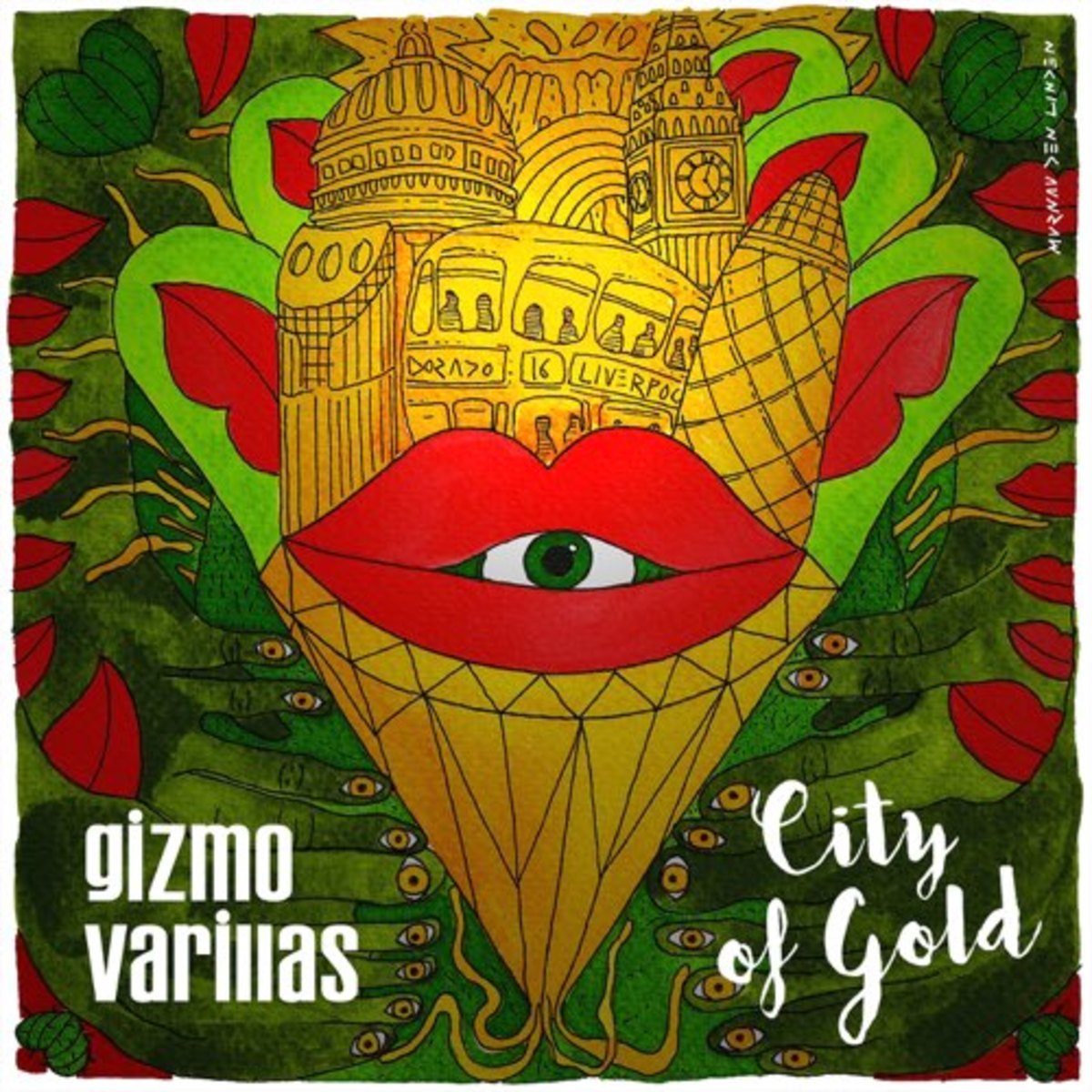 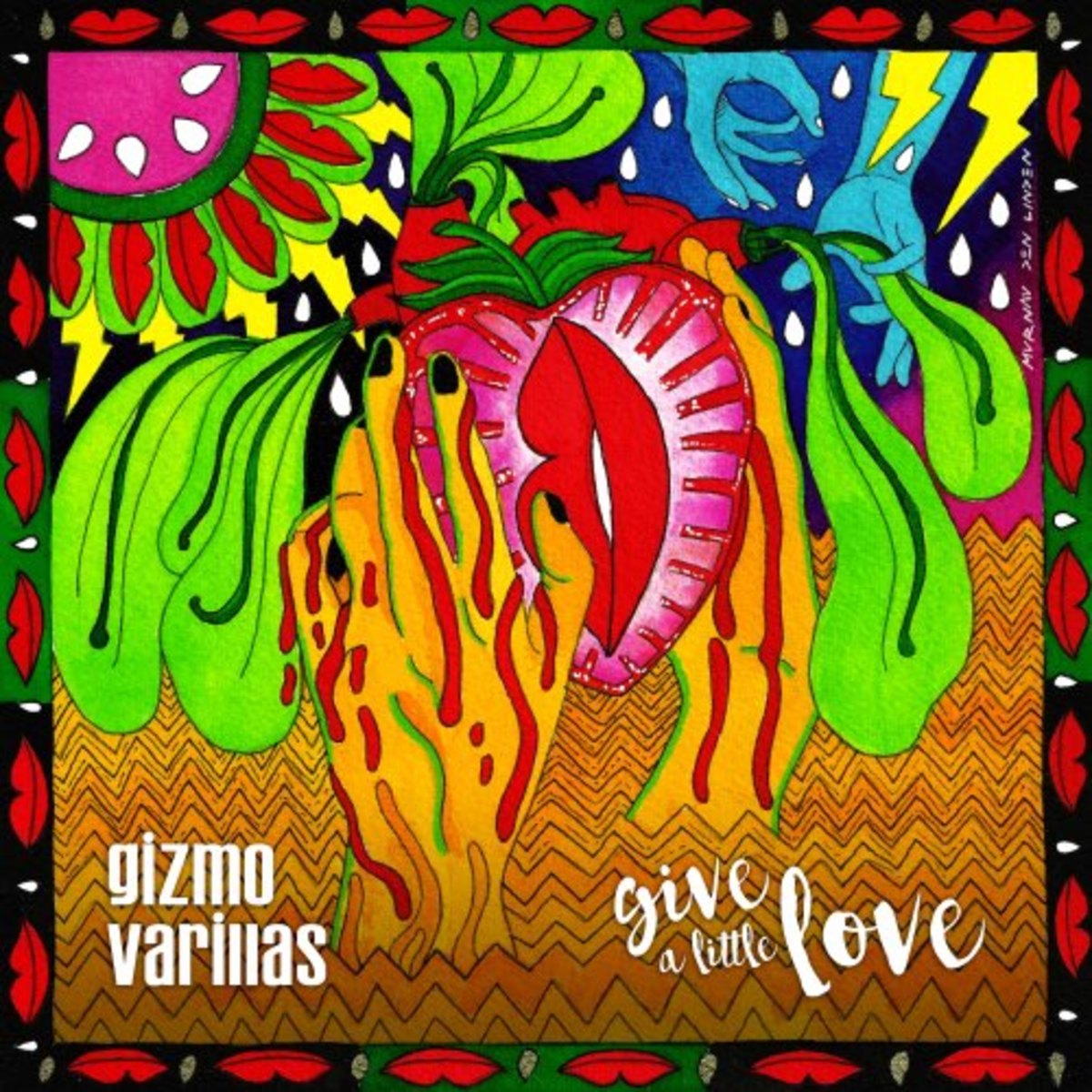 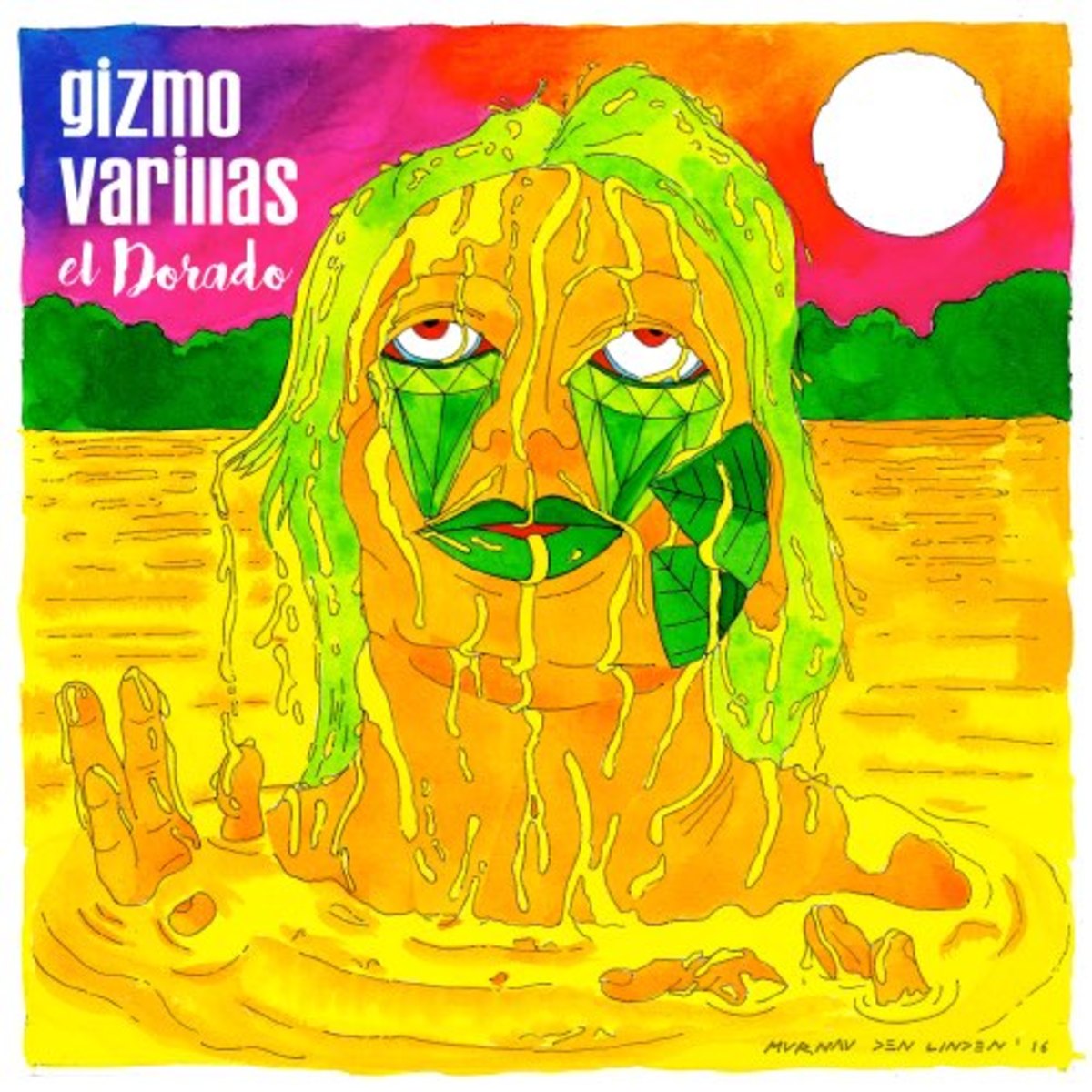 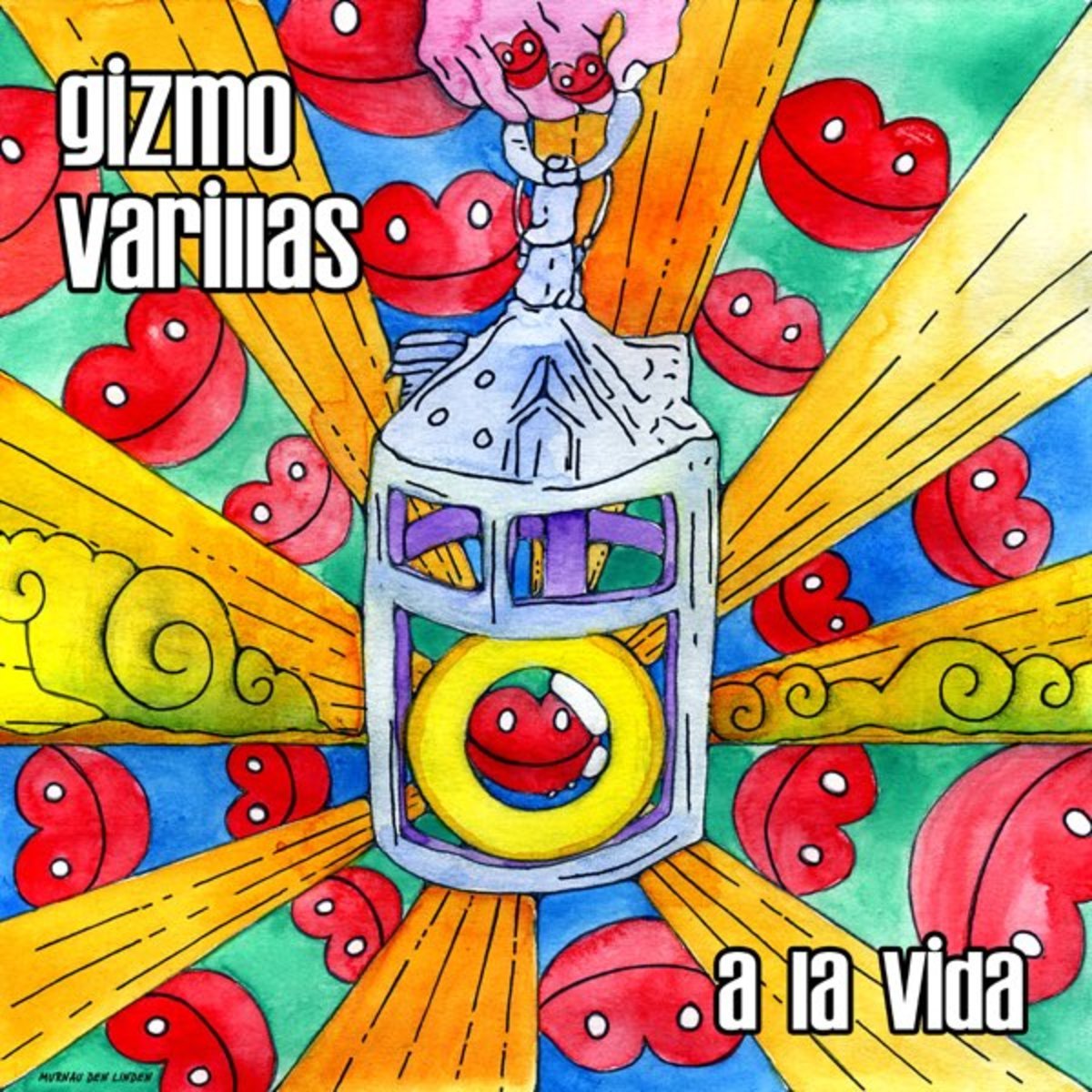